Bopha has re-intensified into a Typhoon over the South China Sea after leaving more than 400 dead across Mindanao. The system has begun to move northeastward contrary to forecasts made yesterday, which can put the system towards northern Luzon by early next week. Latest satellite imagery from NRLMRY has revealed that Typhoon Bopha is now regaining its strength and revived with clearly visible eye in the center of the system. Animated enhanced infrared satellite imagery continues to show rapid intensification as the system continues to deepen and maintains an 11nm eye. 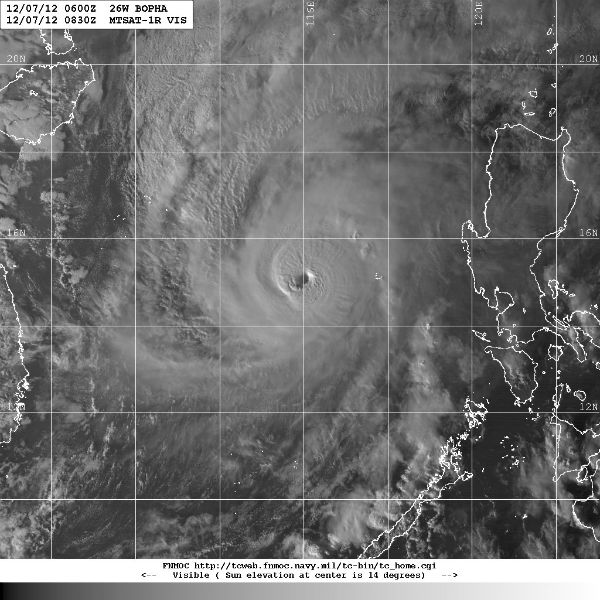 According to latest report by PAGASA, Bopha/Pablo is located 390 km West of Iba, Zambales and is moving north-northeastward at speed of 7 km/h. Maximum sustained winds are 30 km/h near the center
and gustiness of up to 160 km/h. Fishing boats and other sea vessels are advised not to venture out into the seaboards of Northern and Central Luzon and the western seaboard of Southern Luzon.

JTWC reports that Bopha is located approximately 520 km west of Manila, Philippines and has tracked north-northeastward at speed of 16 km/h. 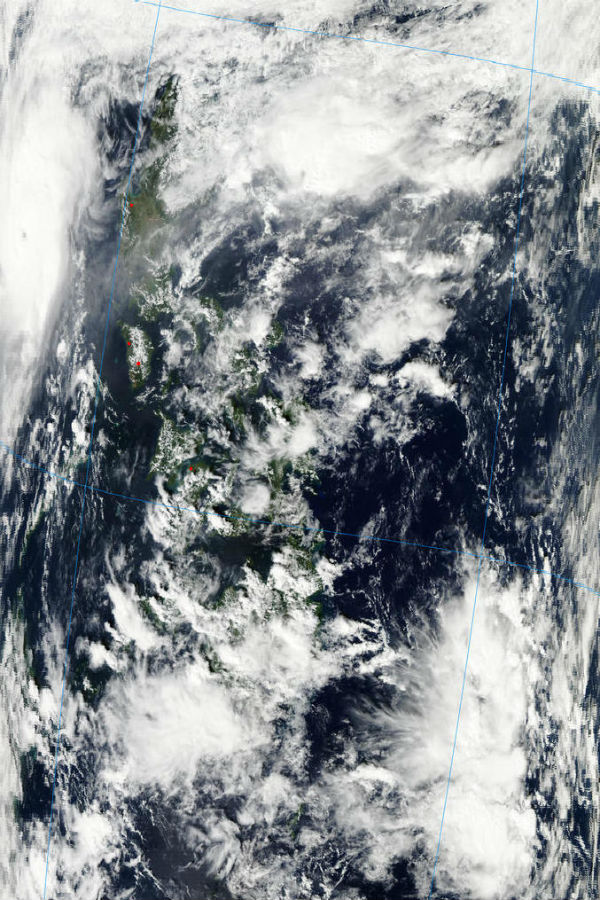 It is expected that the vertical wind shear will weaken the storm system after this burst of convection caused by enhanced outflow from the trough to the north. Bopha is expected to  proceed southwest picking up speed as it tracks along with the northeast monsoon. Environmental conditions will become less favorable as a surge in the monsoon flow brings in cold dry continental air into the region allowing for slow weakening to 50 knots in the coming days. Bopha could lose its strength by Sunday. 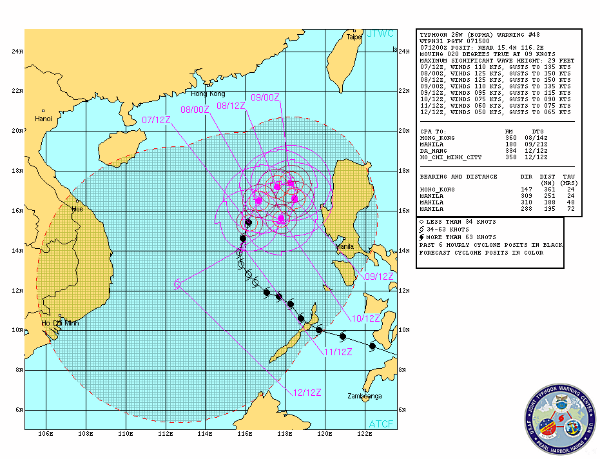 The heavy rain showers that are being sheared to the east will fall on to the northernmost island causing the risk of flooding across these areas that have not been directly impacted by Bopha just yet. Light rains are possible across Mindanao tomorrow and could result to as much as 50mm of rain.

Watch the latest video update on Typhoon Bopha (Bagyong Pablo) as well as on the earthquake that happened in Northeastern Japan today by Western Pacific Weather.