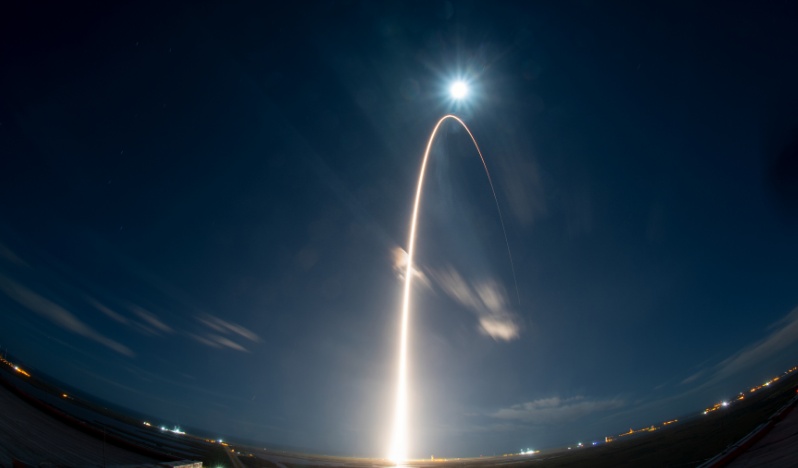 20 years after inception, 6 years of construction and more than a year of testing, ESA's new Sun-exploring spacecraft was successfully launched by the US Atlas V 411 rocket from NASA’s Kennedy Space Centre in Cape Canaveral, Florida, at 04:04 UTC on February 10, 2020. Over the course of its planned five-year mission, Solar Orbiter will reach an inclination of 17º above and below the solar equator. The proposed extended mission would see it reach up to 33º inclination.

Solar Orbiter is an ESA-led mission with strong NASA participation. The spacecraft will perform unprecedented close-up observations of the Sun from high-latitudes, providing the first images of the uncharted polar regions of the Sun.

Signals from the spacecraft were received at New Norcia ground station at 05:00 UTC, following separation from the launcher upper stage in low Earth orbit.

The new spacecraft will also investigate how intense radiation and energetic particles being blasted out from the Sun and carried by the solar wind through the Solar System impact our home planet, to better understand and predict periods of stormy ‘space weather’.

"As humans, we have always been familiar with the importance of the Sun to life on Earth, observing it and investigating how it works in detail, but we have also long known it has the potential to disrupt everyday life should we be in the firing line of a powerful solar storm," said Günther Hasinger, ESA Director of Science.

"By the end of our Solar Orbiter mission, we will know more about the hidden force responsible for the Sun’s changing behavior and its influence on our home planet than ever before."

At its closest, Solar Orbiter will face the Sun from within the orbit of Mercury, approximately 42 million km (26 million miles) from the solar surface. Cutting-edge heatshield technology will ensure the spacecraft’s scientific instruments are protected as the heatshield will endure temperatures of up to 500 ºC (932 ºF) – up to 13 times the heat experienced by satellites in Earth orbit.

The spacecraft will take just under two years to reach its initial operational orbit, making use of gravity-assist flybys of Earth and Venus to enter a highly elliptical orbit around the Sun.

The spacecraft will use the gravity of Venus to slingshot itself out of the ecliptic plane of the Solar System, which is home to the planetary orbits, and raise its orbit’s inclination to give us new views of the uncharted polar regions of our parent star.