On January 22, 2023, a massive rift on the Brunt Ice Shelf in Antarctica finally gave way, resulting in the formation of a new iceberg measuring 1 550 km2 (~600 mi2). The U.S. National Ice Center has named it Iceberg A-81. The rift, spanning most of the Brunt Ice Shelf in Antarctica, appeared ready to spawn an iceberg in 2019, posing an uncertain future for scientific infrastructure and a human presence on the shelf that was first established in 1955 by the British Antarctic Survey (BAS).

Known as Chasm 1, this rift had been growing for decades. It began to grow in the 1970s, went dormant for a period, and then resumed growth in 2012. In early 2019, it was extending by as much as 4 km (2.5 miles) per year. However, even this growth spurt slowed down until the Antarctic summer of 2022-2023, when the chasm accelerated and broke past the McDonald Ice Rumples, a submerged knob of bedrock that had been holding this part of the shelf in place. 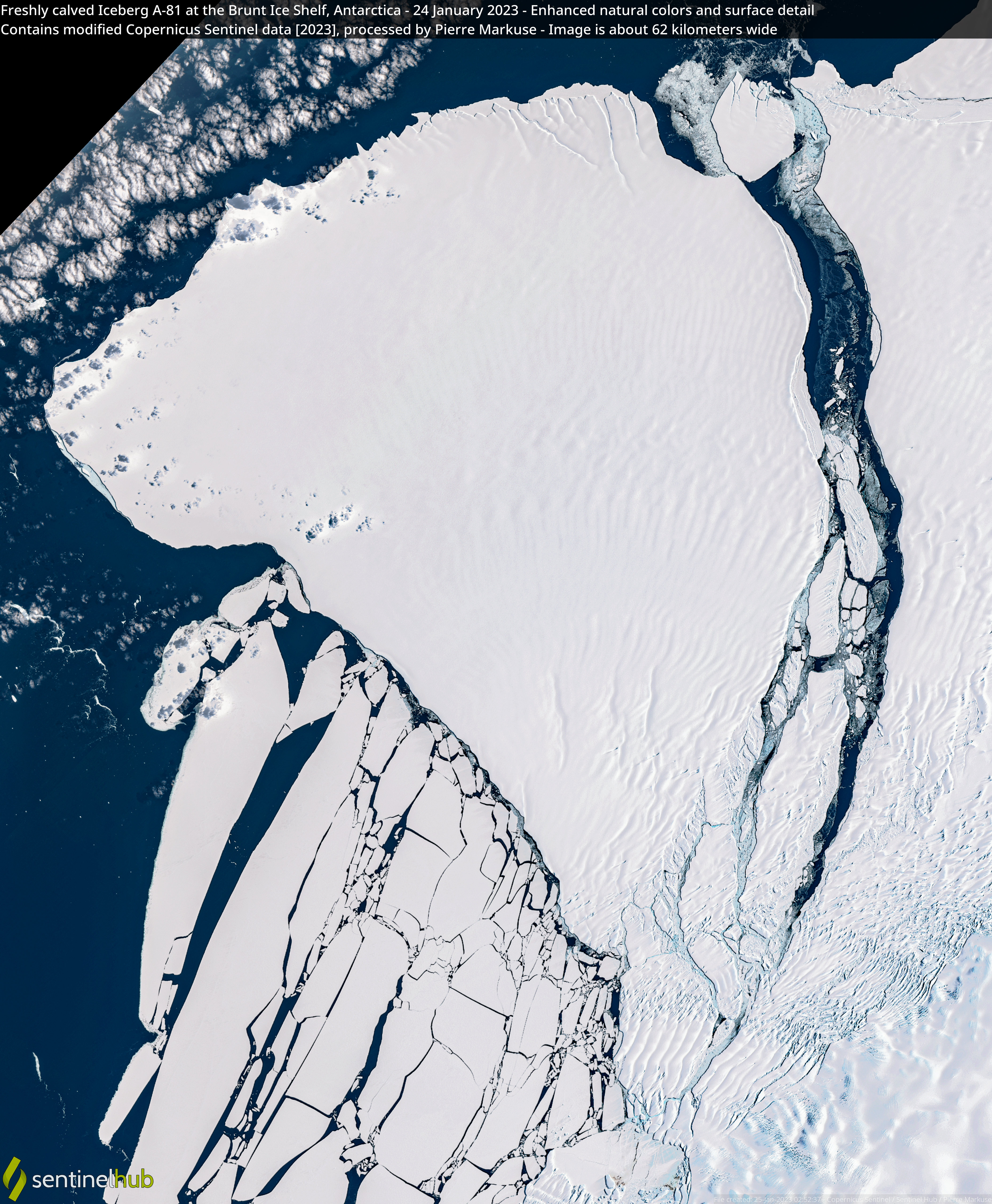 The breaking of icebergs from ice shelves is a natural process, but the timing and size of this event has raised some questions among scientists.

The BAS’s Halley Research Station, which is located on the shelf and studies Earth, atmospheric, and space weather processes, was relocated farther inland in 2016 as the chasm widened. Fortunately, it was not affected by the recent break.

The breaking (calving) of icebergs from ice shelves is part of a natural, cyclical process of growth and decay at the limits of Earth’s ice sheets.1

As glacial ice flows from land and spreads out over the sea, shelf areas farthest from shore grow thinner. These areas are stressed by storms and tides and thin as they are melted from above or below, ultimately making them more prone to forming rifts and breaking away. 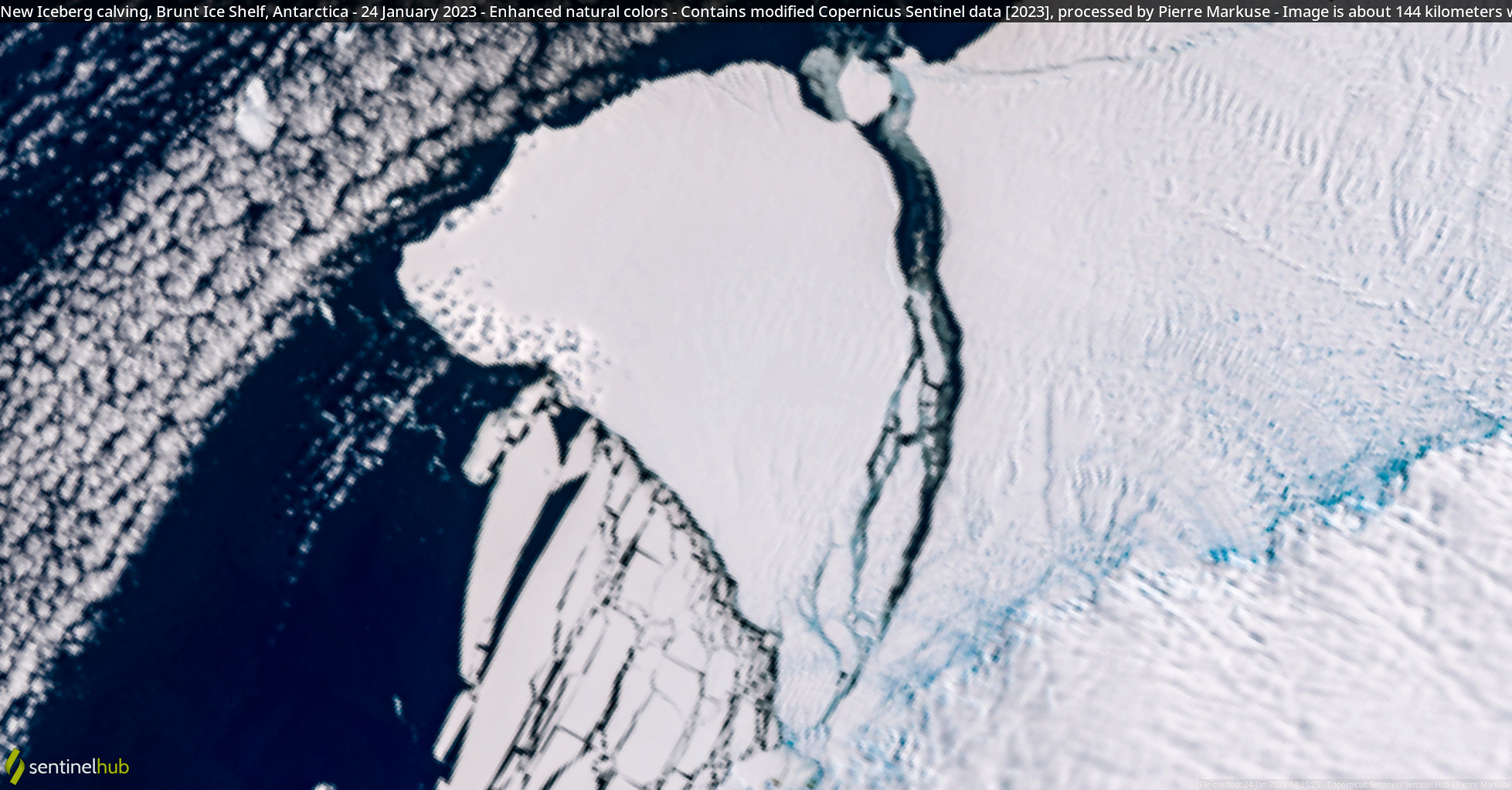