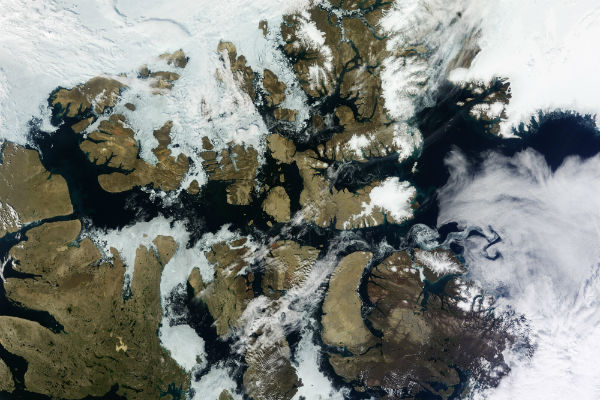 Ice retreated rapidly in the Parry Channel between mid-July and early August 2012. Parry Channel is a part of elusive Northwest Passage. The loss of Arctic sea ice is predicted to open up the Northwest Passage, shortening shipping routes and facilitating the exchange of marine organisms between the Atlantic and the Pacific oceans.

The passage is a shortcut between the Atlantic and Pacific Oceans through the Canadian Arctic. It would save valuable time and fuel for ships that now travel through the Suez Canal in Egypt or the Panama Canal in Central America. 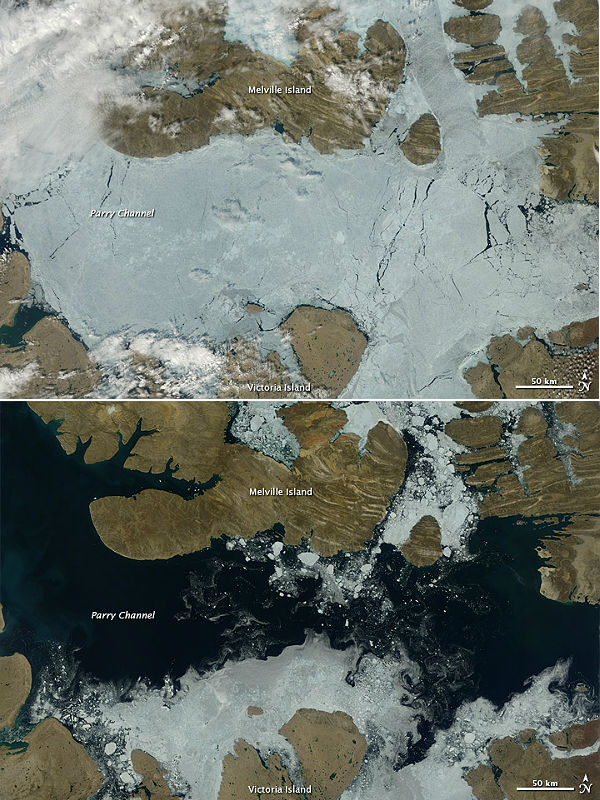 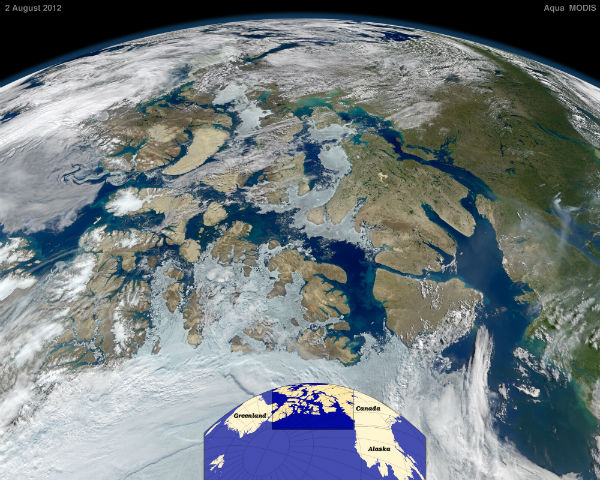 While the Parry Channel appeared almost entirely free of ice, it was not necessarily open for navigational purposes. Sea ice can be thin enough to avoid detection by satellite sensors such as MODIS yet still thick enough to impede ships.

Attempts to identify a shortcut between Europe and Asia across the Arctic date back to the late fifteenth century, just several years after Columbus journeyed to the Americas. The Northwest Passage was first successfully navigated by the Norwegian explorer Roald Amundsen between 1903 and 1906. He used the southern route through the Northwest Passage.

Of Maps and Men: In Pursuit of a Northwest Passage 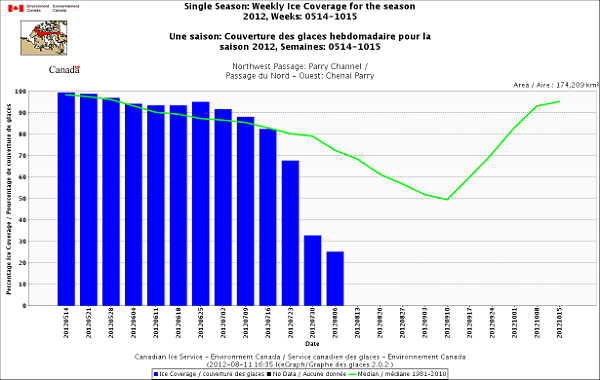 Animated map of the last 10 days

The loss of Arctic sea ice is predicted to open up the Northwest Passage, shortening shipping routes and facilitating the exchange of marine organisms between the Atlantic and the Pacific oceans. 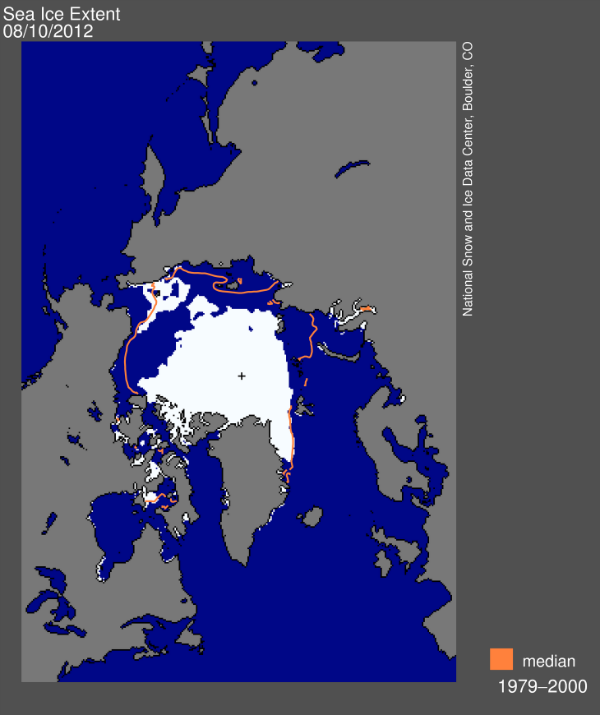