City of Tabriz is only 60km (37 miles) from epicenter area with population of 1.4 million people.

By 20:00 UTC state run agencies reported that 180 people were killed and 1300 were injured. 6 villages have been almost completely destroyed. 60 villages have sustained 50%-80% damages by earlier reports. The earthquake has cut off the gas supply to 70 villages in the Ahar area.

Labor news agency ILNA reports that Rescue services admitted tonight that 10 to 20 villages in the epicenter area have not been reached yet. The power is down in the earthquake stricken area and as many roads are blocked Search and Rescue work will be very difficult.

Iranian officials have announced that the figures from the death and wounded will increase due to the critical condition of the wounded.

According to the report of Presidential Office website, the Iran cabinet members expressed their deep sorrow over the earthquake incident which has caused so many people to die, and expressed sympathy with victims’ families.  The government called on all natural disaster headquarters and responsible bodies to mobilize all their possibilities and releif equipment and provide quake-stricken areas with all kinds of necessary assistance. (ER) 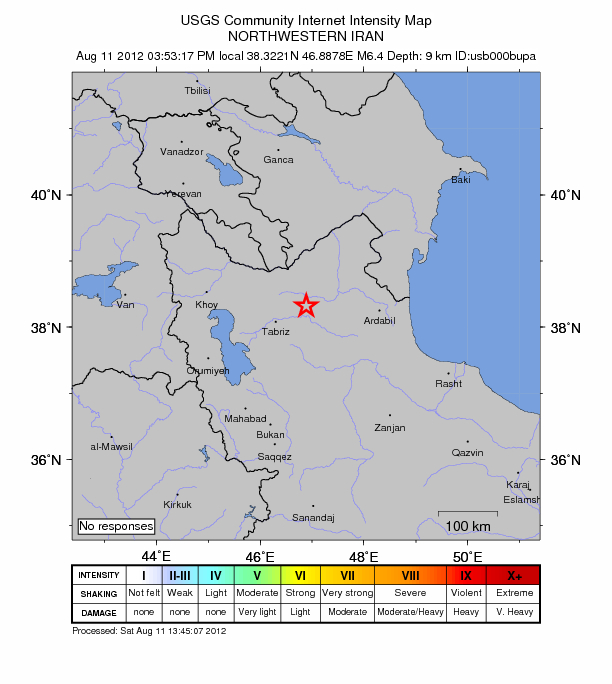 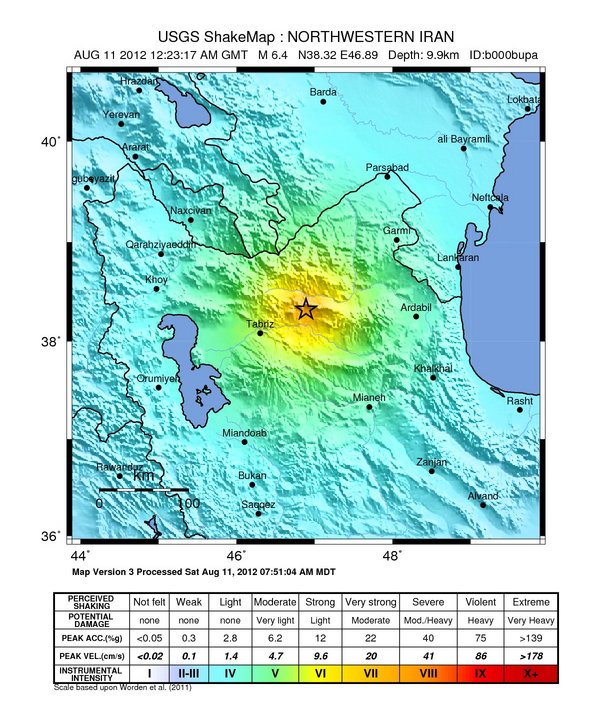 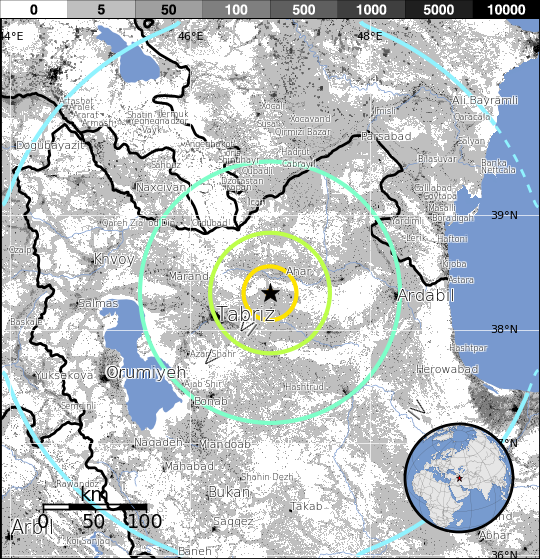 Selected Cities Exposed from GeoNames Database of Cities with 1,000 or more residents. 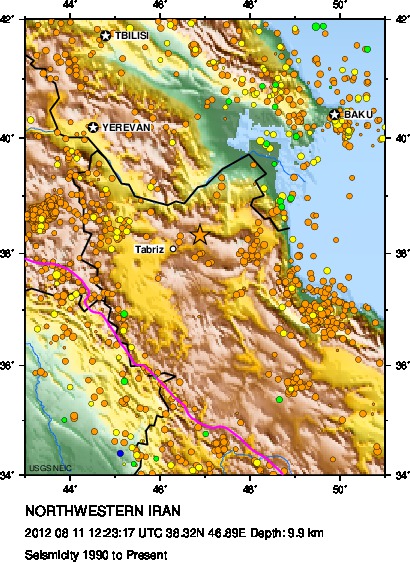 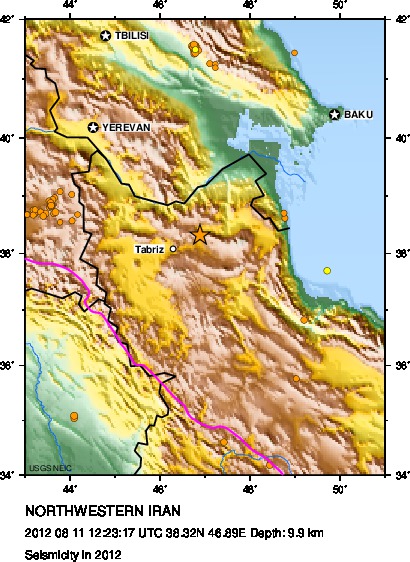 More information is coming in. This page will be updated accordingly.