Heavy rains pushed the Mekong River in Cambodia over its banks during the weekend, flooding 37 villages and damaging over 5,000 homes. Schools also were closed, and rice and cassava crops have been badly affected. 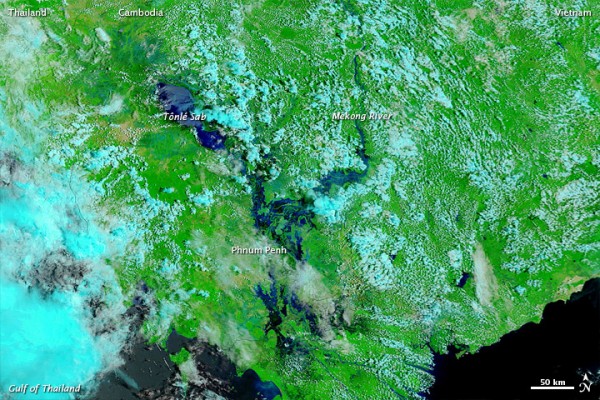 The Moderate Resolution Imaging Spectroradiometer (MODIS) on NASA’s Terra satellite captured the top image on August 13, 2011. For comparison, the bottom image shows the same region a year earlier, on August 16, 2010. Both images use a combination of visible and infrared light to increase contrast between water and land. Water ranges in color from electric blue to navy. Vegetation is green. Clouds are pale blue-green. 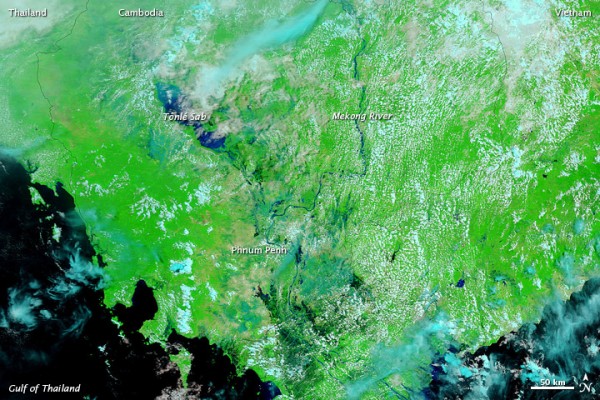 Despite cloud cover, significant changes are apparent along the Mekong River between 2010 and 2011. In 2010, the river is a thin blue line extending southward toward Phnum Penh (Phnom Penh). In 2011, flood water spans kilometers north of the city. Higher water is also apparent south of Phnum Penh, and around Tônlé Sab (Tonle Sap). (EarthObservatory) 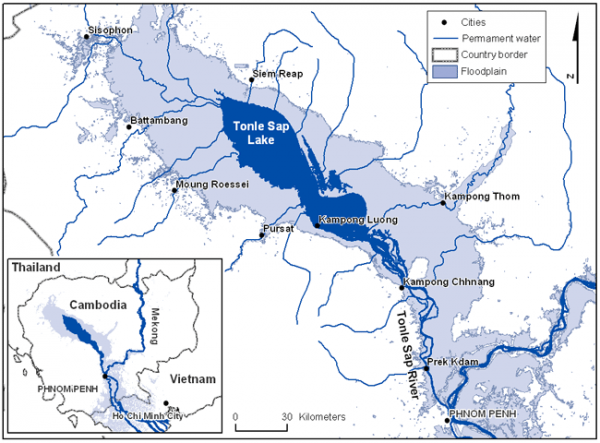