Tropical Storm "Podul" and Tropical Depression "Kajiki" left a wide region across several countries flooded more than a week after their passage. Flood-related fatalities have reached 7 in Cambodia and 14 in Laos on September 11, 2019.

The floods left around 158 000 families affected and 4 300 establishments destroyed in Cambodia. National Committee for Disaster Management also stated that over 6 893 households were evacuated. 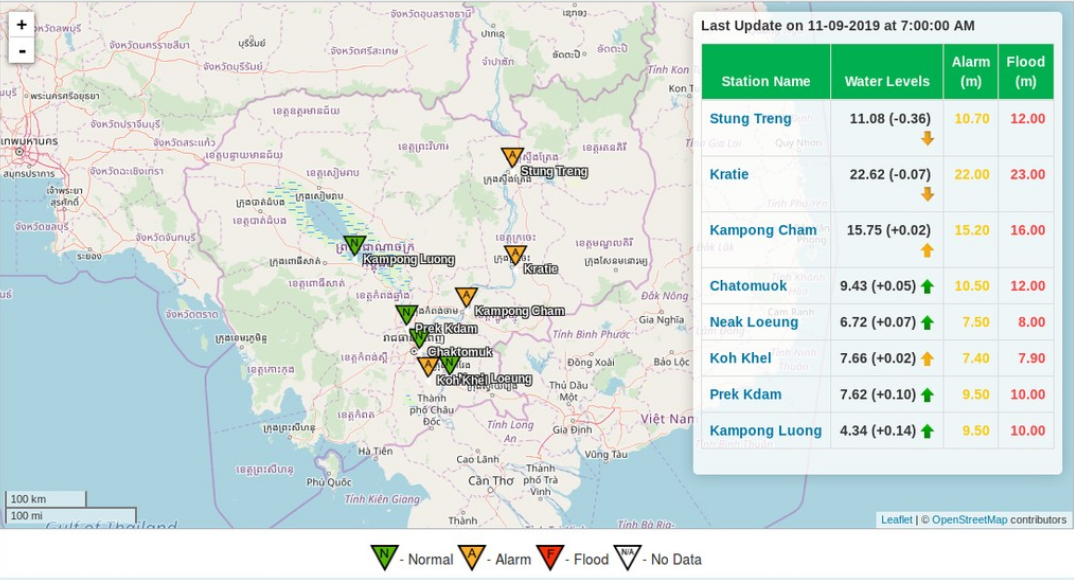 Meanwhile, floodings caused 14 fatalities and one person missing in Laos. Over 572 000 people are still struggling with the consequences, while 102 000 have been evacuated on September 11.

Approximately 400 mm (15.7 inches) of rainfall was recorded in southern parts of Laos, which caused massive destruction to infrastructures and fields.

While authorities are continuing relief operations using boats and helicopters to send goods, reports said several affected areas are still waiting for assistance as many areas are inaccessible by road.

One local described the situation, saying that the whole district is flooded and in some areas, the water reaches 10 meters high (32.8 feet). A resident also reiterated the damage it caused to farmlands. "Our rice fields and homes in many villages are all destroyed," he said, adding that there were also power outages and road closures.

Champassak province was reported to be suffering the most, with 30 out of 42 villages in floods. "We’re meeting with officials from the central government about how to distribute aid to the affected areas," a provincial official assured.

Vilayphong Sysomvang, Director General of the Social Welfare Department under Lao Ministry of Labor and Social Welfare, said they are working with the Lao People's Army to urgently deliver emergency supplies to Salavan province, which is approximately 670 km (416 miles) southeast of Champassak province.