Typhoon "Phanfone," known as Ursula in the Philippines, made landfall in Samar on December 24, 2019, with maximum sustained winds of 120 km/h (74 mph) and gusts to 150 km/h (94 mph) — Category 1 hurricane equivalent on the Saffir-Simpson Hurricane Wind Scale. Destructive typhoon force winds are expected to begin affecting areas under TCWS #3 in Masbate including Ticao Islands and portions of Northern Cebu late evening, PAGASA warns. High-risk structures may experience heavy damage. Storm Surge of up to 2 m (6.5 feet) may affect the several coastal areas of Eastern Samar, Northern Samar, and Leyte.

Phanfone made landfall over Salcedo, Eastern Samar at 08:45 UTC (16:45 LT), bringing violent winds over the southern portion of Eastern Samar, according to data provided by PAGASA at 09:00 UTC today. The storm is moving west at 25 km/h (15 mph). 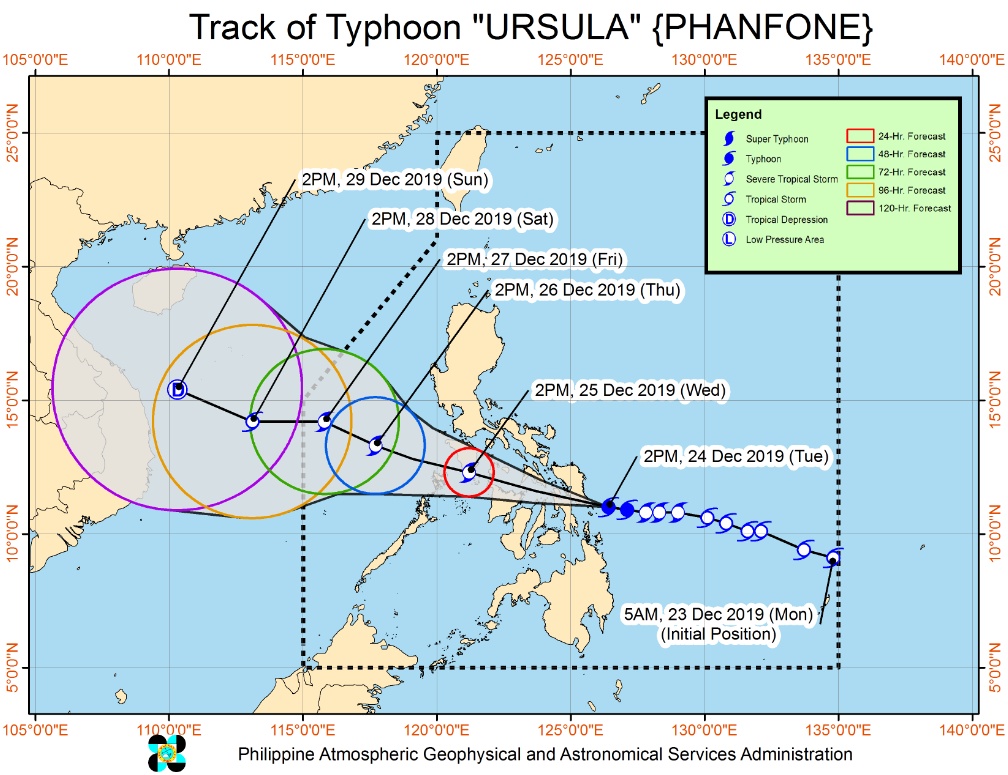 Residents in these areas are advised to take appropriate measures to reduce the potential impact of flooding and rain-induced landslides, especially in areas identified to be highly to very highly susceptible to these hazards. 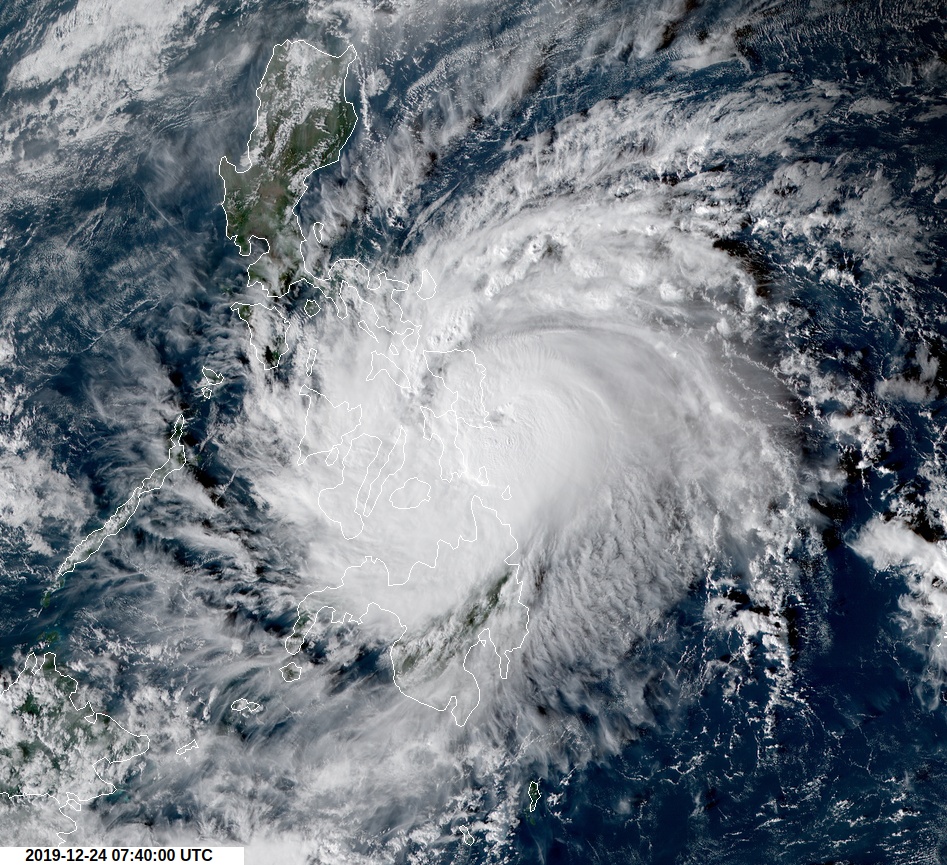 Damaging gale to storm-force winds to begin affecting areas under Tropical Cyclone Wind Signal (TCWS) #2 in Albay, Sorsogon, Romblon, Aklan, Capiz and portions of Antique, Iloilo, and rest of northern Cebu tonight; in Marinduque, the southern portion of Quezon, Mindoro Provinces tomorrow morning. This may bring light to moderate damage to high-risk structures and at most light damage to medium-risk structures.

Other hazards and warning Information:

Storm Surge of up to 2 m (6.5 feet) may affect the several coastal areas of Eastern Samar, Northern Samar, and Leyte.