After 40 days with no sunspots on the Earth-facing side of the Sun, a new sunspot emerged near the southeast limb of the Sun on December 23, 2019, and was numbered Active Region 2753 on December 24.

The region remained inactive in the first UTC half of December 24, but it's a sign that we are now exiting very deep Solar Minimum and that the next solar cycle — Solar Cycle 25 — is taking shape. SC25 is expected to peak in 2025. 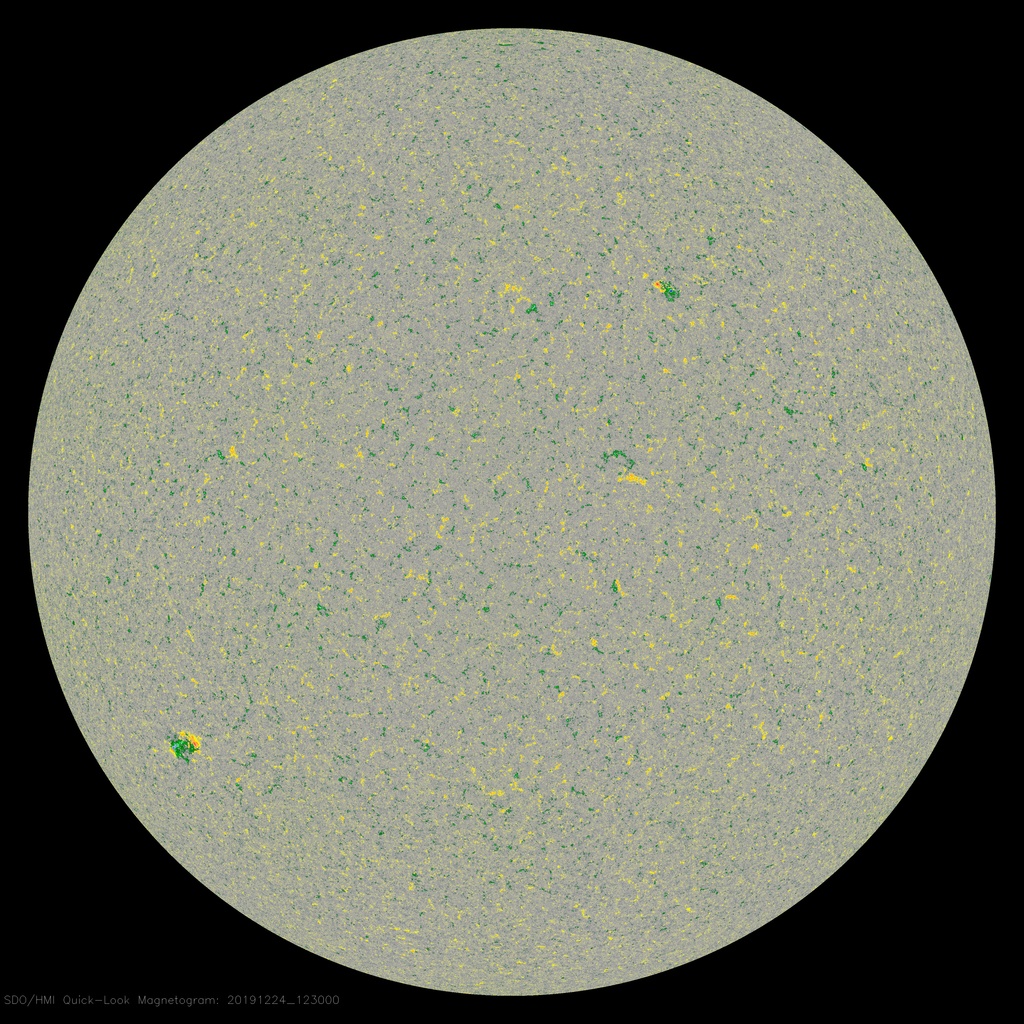 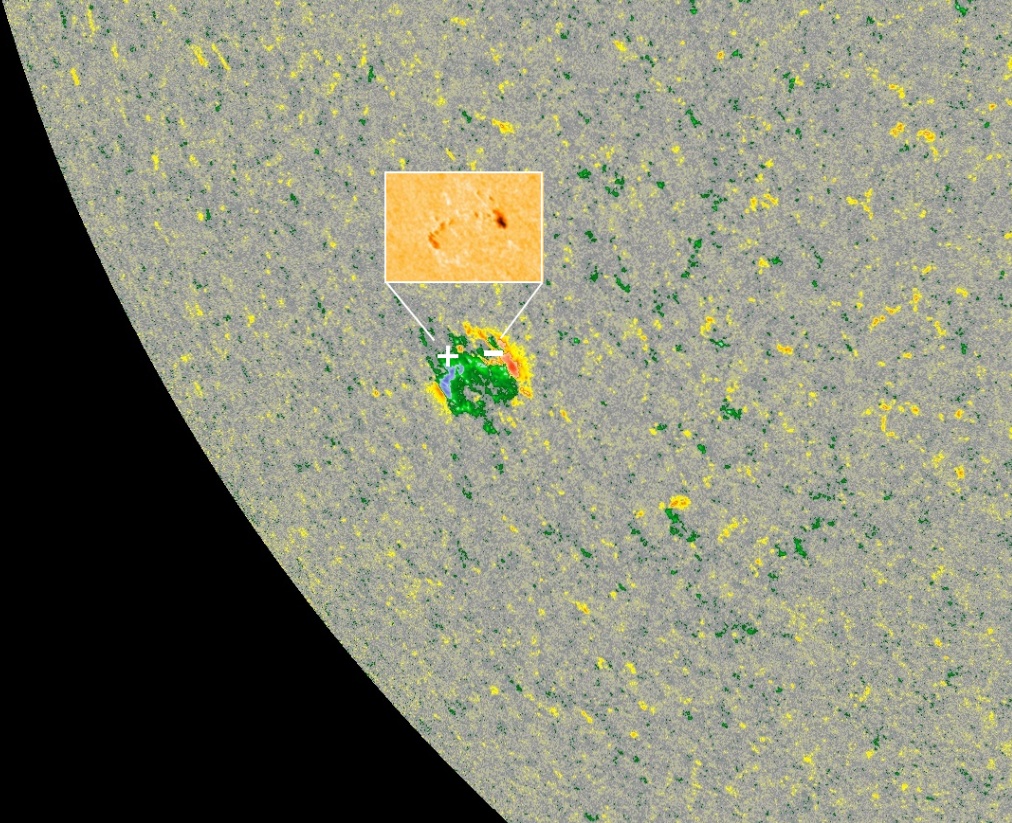 A minor enhancement is anticipated on December 25 and 26 due to a weak, negative polarity coronal hole high speed stream (CH HSS) influence.

Generally quiet geomagnetic field conditions are expected to persist through December 24 with quiet to isolated unsettled conditions likely on December 25 and 26 due to CH HSS influence.