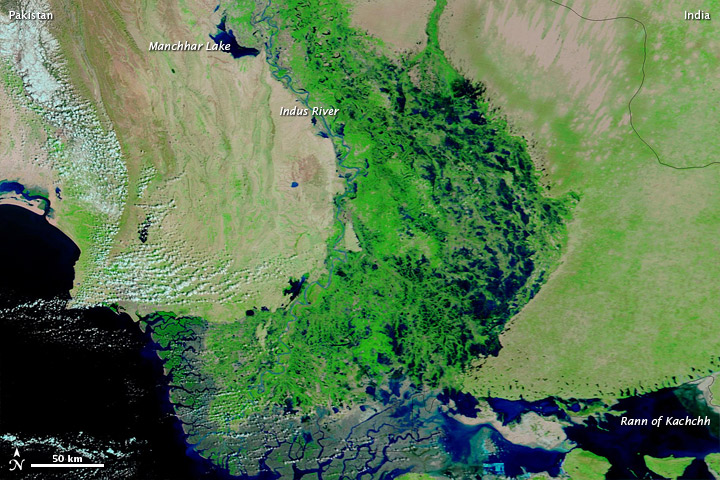 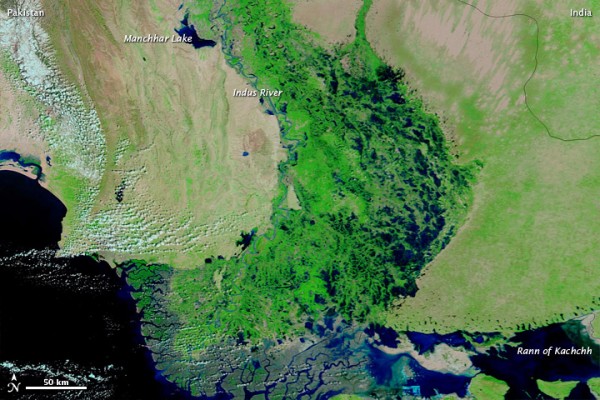 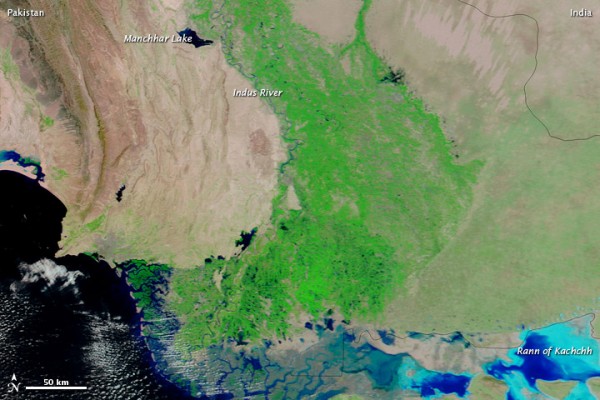 Unusually heavy monsoon rains inundated southern Pakistan in the summer of 2011, submerging fields and forcing residents from their homes. On September 29, 2011, the United Nations Office for the Coordination of Humanitarian Affairs reported that 5.44 million people had been affected, 1.8 million residents had been displaced, and 2.1 million acres of cropland had been damaged.

The Moderate Resolution Imaging Spectroradiometer (MODIS) on NASA’s Terra satellite captured these images of southern Pakistan on October 6, 2011 (top), and October 7, 2009 (bottom). Both images use a combination of visible and infrared light to better distinguish between water and land. Water ranges from electric blue to navy. Vegetation is green. Bare ground is pink-beige. Clouds are pale blue-green.

In 2009, most of the land east of the Indus River is dry, carpeted with vegetation. In 2011, huge stretches of the same land are submerged. Water levels are also visibly higher in Manchhar (or Manchar) Lake in the northwest, and the Rann of Kachchh (or Kutch) in the southeast. The monsoon season transforms the Rann of Kachchh from salt desert to salt marsh each year, but the salt marsh holds far more water in 2011.

Severe flooding struck Pakistan in the summer of 2010. The floods in southern Pakistan in 2011 destroyed crops for the second consecutive year. (EarthObservatory)