Tropical Cyclone "Nakri" (Quiel) has been affecting parts of Southeast Asia over the past couple of days, leaving at least 6 people dead in the Philippines before making landfall in Vietnam on November 10, 2019. Although Nakri did not directly make landfall in the Philippines, the tail-end of a cold front brought heavy rains in Luzon, resulting in deadly floods and landslides.

As the storm exited the Philippine Area of Responsibility (PAR) on November 9, the cold front's tail end brought torrential rains that badly struck the provinces of Cagayan, Apayao, and Ilocos Norte.

This prompted officials to put the province of Apayao in Red Alert status due to the extent of damages caused by incessant heavy rains.

"The Apayao Provincial Disaster Risk and Reduction Management Office has been actively coordinating and working with the local DRRM councils and other government agencies and private sectors to ensure immediate response and actions," the Philippine Information Agency said.

Over 48 000 dollars worth of assistance has been provided by the Department of Social Welfare and Development (DSWD) and officials to the affected families.

According to the country's National Disaster Risk Reduction and Management Office (NDRRMC), at least 85 000 residents across 220 villages have been affected. Around 5 720 people have been displaced and were moved to shelters. The office added that seven homes, 56 roads, and 10 bridges were left ravaged.

NDRRMC's update on November 11 said, "cloudy skies with scattered rain showers and thunderstorms will prevail in CALABARZON, Bicol Region, Eastern Visayas, Caraga, Davao Region, and Aurora caused by a trough of LPA. Partly cloudy to cloudy skies with isolated rain showers will prevail in Metro Manila and the rest of the country caused by localized thunderstorms."

Furthermore, the agency warned that there could be "possible flash floods or landslides during severe thunderstorms." 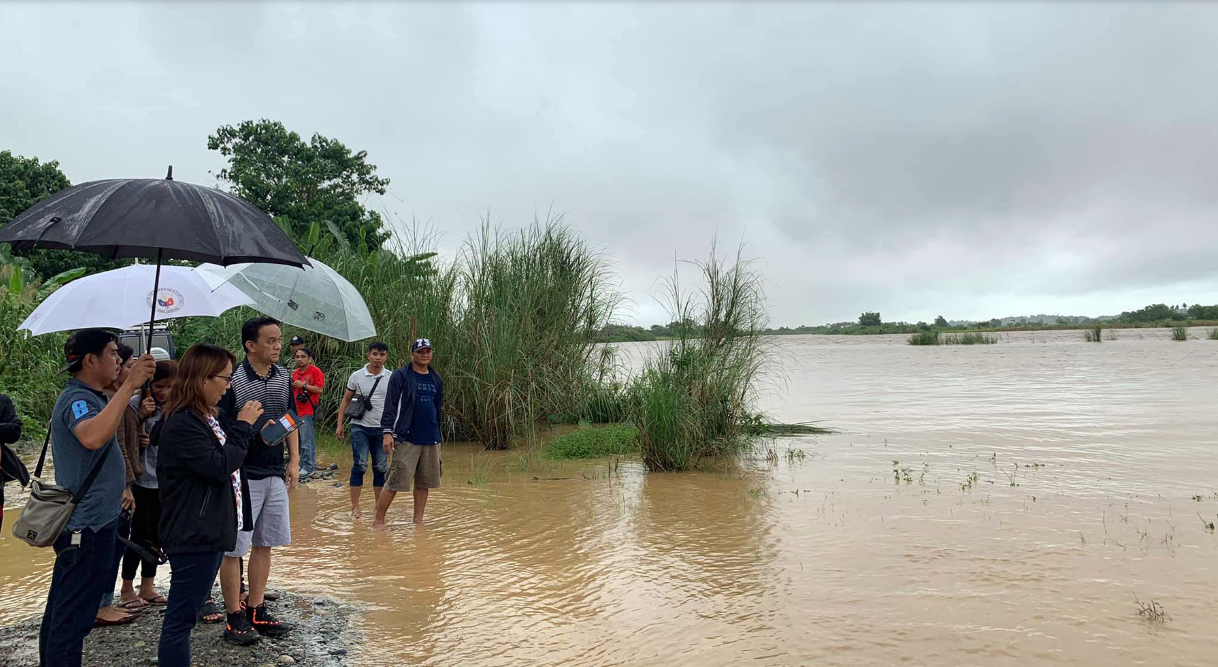 Nakri made landfall at 21:00 UTC on November 10 approximately 27 km (17 miles) south of Tuy Hoa in the province of Phu Yen, Vietnam. At least 100 000 have been evacuated as a preventive measure.

The cyclone caused power disruption in the country, affecting at least 60 000 households. Schools in the provinces of Khanh Hoa, Phu Yen, Binh Dinh, and Quang Ngai provinces were temporarily closed on November 11.

During the same period, hundreds of houses in the central highlands regions of Vietnam have been inundated. The province of Dak Lak has been seeing heavy rains since the cyclone's landfall, submerging around 300 houses in Lak District. 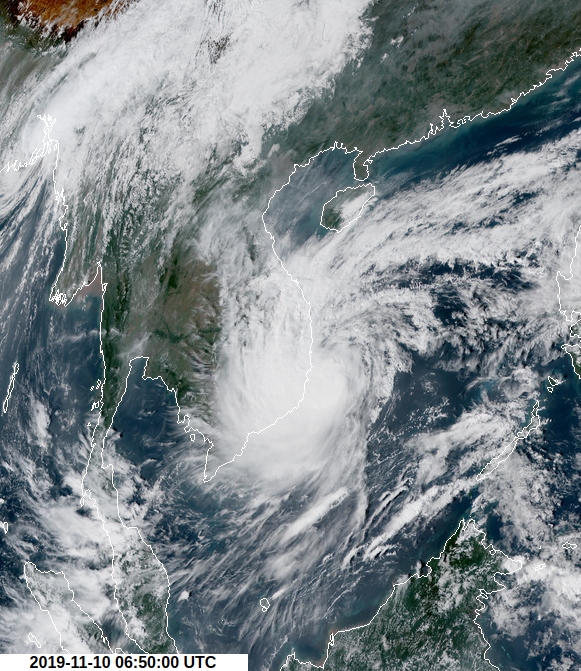 While Nakri is now weakening, it can still bring periods of rain and raise the risk for localized flooding across parts of Indochina through Tuesday, November 12.

According to forecasts, rainfall totals of 200 to 300 mm (8 to 12 inches) will fall in the country near where the storm moves over land. A maximum of 400 mm (16 inches) is likely across the area, particularly into the mountains.

"This area was recently hit by Tropical Storm Matmo, so additional heavy rain from this tropical system could lead to new or renewed flooding," AccuWeather Senior Meteorologist Dave Houk said.

The cyclone is expected to maintain intensity as it heads inland across southeast Vietnam on late Sunday, November 17, with wind gusts reaching up to 115 to 145 km/h (70 to 90 mph) near the north of Tuy Hoa.

Tropical Storm Nakri made landfall in the Phú Yên Providence of Vietnam, on Monday around 4 a.m. local time, according to the Japan Meteorological Agency.

Downpours from Nakri will increase the risk for flooding across Indochina through Tuesday: https://t.co/1I02eyUVmh pic.twitter.com/4Yr92EEzk4

Nakri is now moving into Cambodia as a tropical depression.