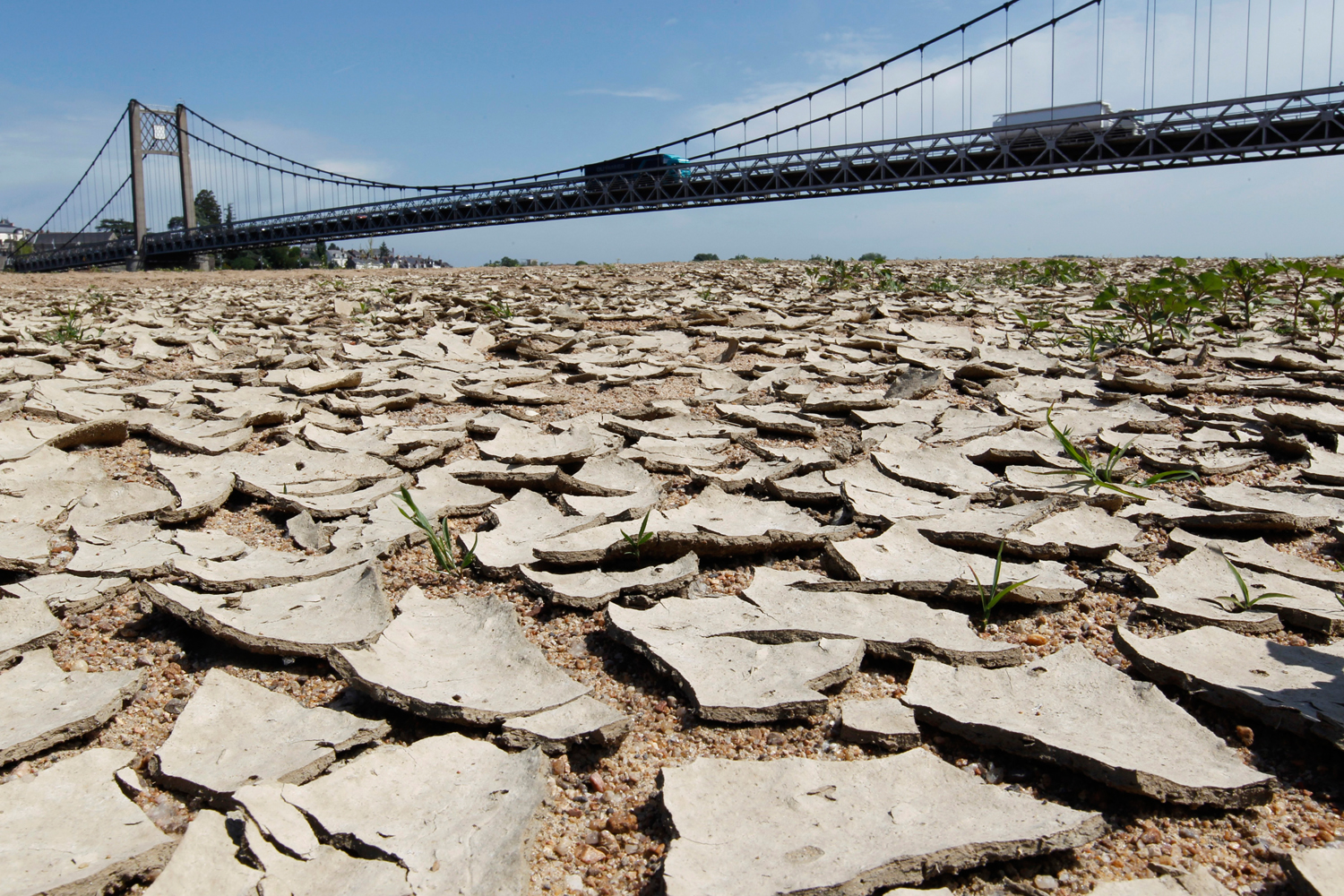 France is now on heatwave alert after the hottest spring since 1900 has left water tables down and farmers struggling to feed their livestock. The Health Ministry has put into effect level one of an anti-drought plan that was drawn up after 15,000 people died in the long-hot summer of 2003.

Summer 2011 could be drier than summer 1973, when drought cost the economy an estimated 15 billion euros and a “drought tax” was introduced to raise 900 million euros to make up farmers’ losses. Spring this year has been the hottest since at last 1900 and the driest for 50 years. Temperatures have been 2.6°C higher than the average between 1971 and 2000. Over half of the country’s départements are already limiting the use of water and farmers have already been promised millions of euros of aid.

The water shortage is likely to push already-rising food prices even higher but could mean a boost to tourism as holiday-makers head for Mediterrenean beaches. Level one of the government’s heatwave plan puts weather-watchers and health authorities on alert. 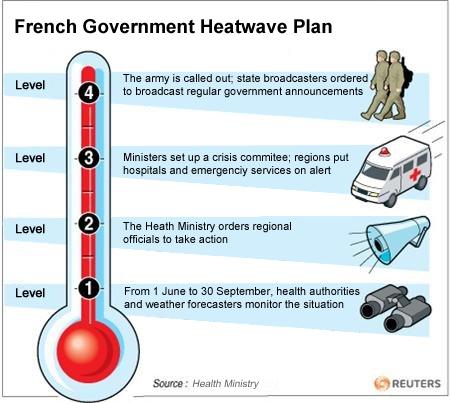 The highest level of alert allows the government to bring in the army and order news media to broadcast government announcements on how to react to the crisis. (RFI)

Large parts of southern Britain, northern France, Germany, Switzerland, Austria and other northern and eastern European countries have had their driest three-month spells in more than 50 years, receiving just 25-60% of their long-term average rainfall since February. This has led to parched soils and difficult growing conditions for farmers, as well as to river levels that are dangerously low for wildlife.

Patchy rain has moistened soils in parts of northern Britain, France and Germany over the past few weeks, but with summer approaching and temperatures soaring to over 30C in France, it is not expected that any rains will compensate for months of exceptionally dry weather.

Last week the European Union warned that soils were now “critically dry” in six countries. The French wheat harvest is now expected to be 11.5%-13% down on average despite an increase in the area planted this year and German output is expected to fall 7-9%. In south-east England, many farmers expect crops to fail dramatically unless steady rains come soon.

The dry conditions mean some regions are also prone to fires. For example, dune fires broke out in the coastal parts of the Netherlands at the start of May. In some north-eastern parts of Germany, the Forest Fire Danger Index has reached its highest possible level.

“2011 was up to now one of the driest 10 years in nearly whole Switzerland since 1864. April 2011 was one of the 10 driest April months in Germany since 1881, in continuation of similarly dry April months in 2007, 2009 and 2010. Last winter was very dry in western Europe“, said a spokesman for the World Meteorological Organisation.

Observers said that a trend towards drier springs appeared to be gathering. This years’s drought in April follows exceptionally dry years in 2007, 2009 and 2010. (Guardian) 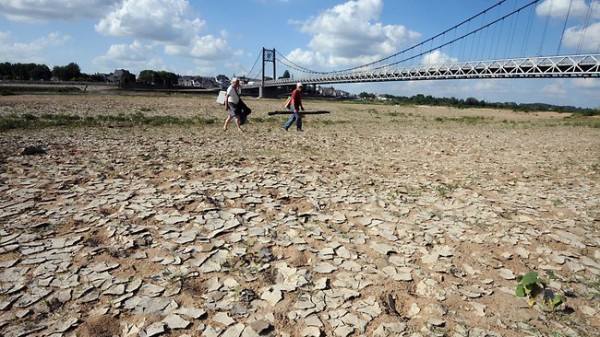 The 2003 European heat wave is one of the hottest summers on record in Europe, especially in France. The heat wave led to health crises in several countries and combined with drought to create a crop shortfall in Southern Europe. More than 40,000 Europeans died as a result of the heat wave.

In France, there were 14,802 heat-related deaths (mostly among the elderly) during the heat wave, according to the French National Institute of Health. France does not commonly have very hot summers, particularly in the northern areas, but seven days with temperatures of more than 40 °C (104 °F) were recorded in Auxerre,Yonne between July and August 2003. Because of the usually relatively mild summers, most people did not know how to react to very high temperatures (for instance, with respect to rehydration), and most single-family homes and residential facilities built in the last 50 years were not equipped with air conditioning. Furthermore, while there were contingency plans for a variety of natural and man-made catastrophes, high temperatures had never been considered a major hazard. 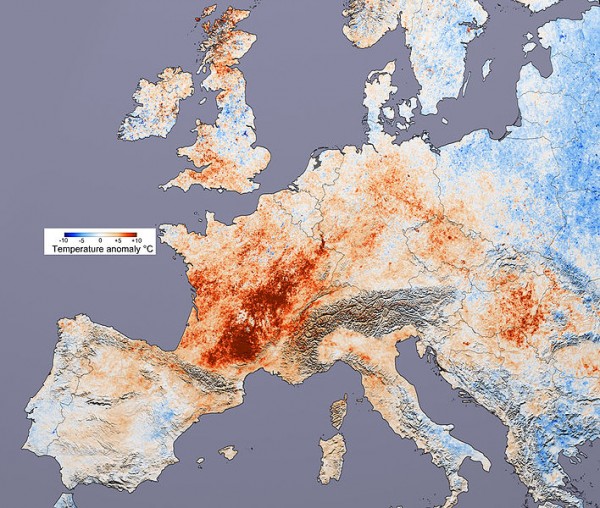 The heat wave occurred in August, a month in which many people, including government ministers and physicians, are on holiday. Many bodies were not claimed for many weeks because relatives were on holiday. A refrigerated warehouse outside Paris was used by undertakers as they did not have enough space in their own facilities. On 3 September 2003, fifty-seven bodies still left unclaimed in the Paris area were buried.

The anomalous overheating affecting the atmosphere also created anomalies on sea surface stratification in the Mediterranean Sea and on the surface currents as well. A seasonal current of the Central Mediterranean Sea, the Atlantic Ionian Stream (AIS), was affected by the warm temperatures, resulting in modifications in its path and intensity. The AIS is important for the reproduction biology of important pelagic commercial fish species, so the heatwave may have influenced indirectly the stocks of these species. Further studies will be addressed in this direction. (Wikipedia)

Effects of the 2003 European heatwave on the Central Mediterranean Sea: surface fluxes and the dynamical response

Consequences of the drought in France