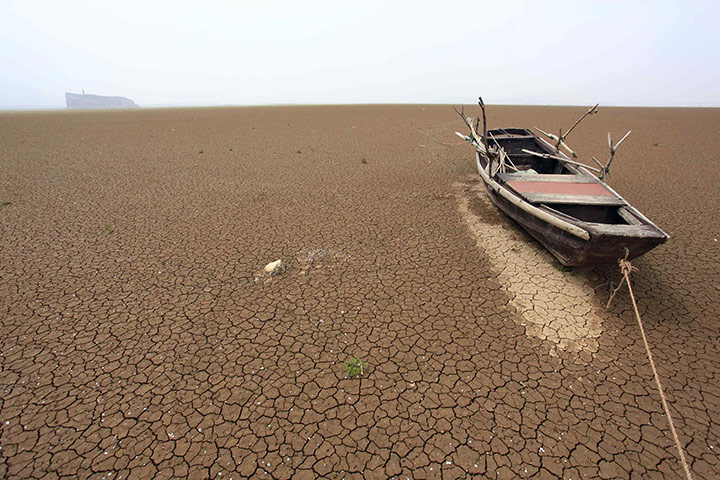 The Yangtze – Asia’s biggest river – is experiencing its worst drought in 50 years, forcing an unprecedented release of water from the Three Gorges reservoir. The drought is damaging crops, threatening wildlife and raising doubts about the viability of China’s massive water diversion ambitions. Between now and 10 June the dam will release 5bn cubic metres of water as engineers sacrifice hydroelectric generation for irrigation, drinking supplies and ecosystem support. 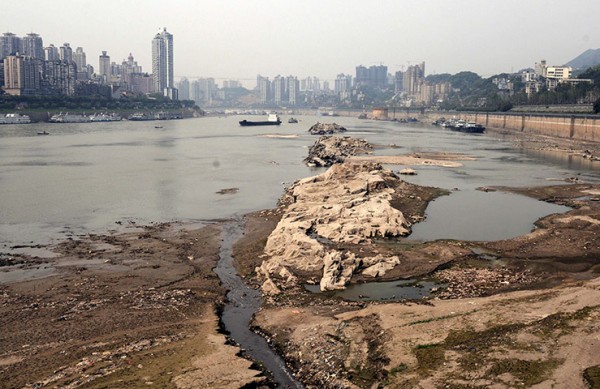 The drastic measure comes amid warnings of power shortages and highlights the severity of the dry spell in the Yangtze delta, which supports 400 million people and 40% of China’s economic activity. From January to April, the worst hit province of Hubei has had 40% less rainfall than the average over the same period since 1961. Shanghai, Jiangsu and Hunan are also severely affected.

Regional authorities have declared more than “1,300 lakes “dead,, which means they are out of use for irrigation and drinking supply. Shortages affect 4.4 million people and 3.2 million farm animals, according to the Office of State Flood Control and Drought Relief Headquarters. The narrowing and shallowing of the Yangtze and its tributaries has stranded thousands of boats and left a 220km stretch off limits for container ships. 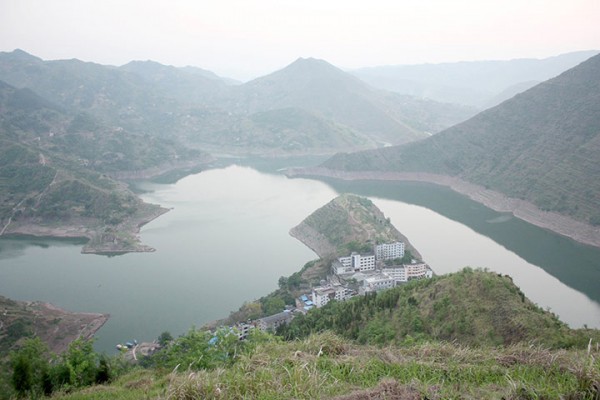 The central government has dispatched water pumps and diesel generators to Hubei and Hunan to ease the impact. This is expensive and adds to the pressures on China’s energy supply system at a time when the state grid authorities are warning of the worst summer power cuts in seven years.

“The primary cause of this drought is a lack of rainfall. But we can also be certain that the Three Gorges dam has had a negative impact on the water supply downstream,” said Ma Jun, founder of the Institute of Public and Environmental Affairs. “This is a reminder that the water in the Yangtze is not unlimited. We cannot bet everything on this river. We need to focus more on conservation.“

Desperate farmers are pumping water from nature reserves, prompting alarm among conservationists about the loss of habitat for several endangered species including the finless porpoise – the last remaining cetacean on the Yangtze after the demise of the baiji dolphin. At the Swan Island national nature reserve the depth is three metres lower than last year – which was then a record low. According to Wang Ding, a dolphin expert at the Hydrobiology Institute under the Chinese Academy of Sciences, the habitat of a pod of 30 porpoises has halved in length from 21km to 10km. 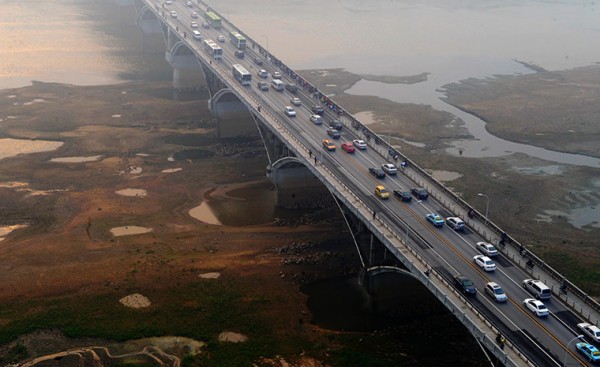 The authorities have attempted cloud seeding to induce rain but a brief shower at the weekend was far from enough. China’s meteorological administration sees little prospect of rain before the end of the month and says temperatures in the affected region could rise to 36C. To minimise the impact, the Three Gorges authority has been instructed to open the sluice gates. It has already discharged 1.8bn cubic metres of water this month, taking the level of the reservoir below 153m from a peak of 175m.

The dam’s role in the drought has been the subject of a fierce debate. Downstream communities have accused the Three Gorges of holding back too much water to generate power. Environmentalists say this has contributed to the demise of lakes and wetlands, which are already under pressure from urban development and the demands of agriculture. The operators, however, say the reservoir is helping to ease shortages through a timely release of water. 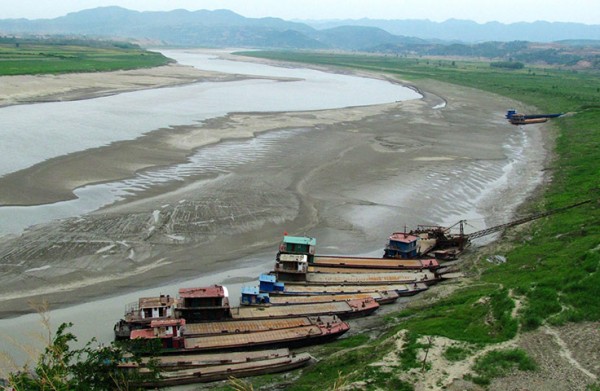 Last week the state council – China’s cabinet – acknowledging that Three Gorges faces “urgent problems” of geological disaster prevention, relocation and ecological protection. It noted the negative impact on downstream water supplies and river transport. The dam is not the only hydro-engineering project that has come under scrutiny as a result of the drought. The state’s massive south-north water diversion project, which aims to tap the normally moist Yangtze basin to supply arid northern cities like Beijing, is also being called into question because one of its source reservoirs at Danjiangkou has fallen 4m below the minimum requirement for its operation. (Guardian)