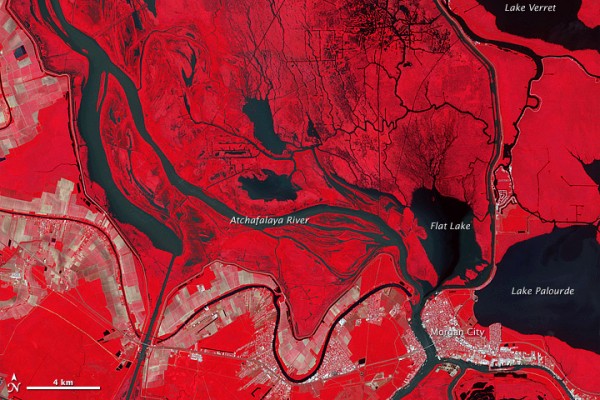 The top image was acquired on May 27, 2011, and the lower image shows the area around the end of spring flood season in June 2006. The false–color images combine infrared, red, and green wavelengths to help distinguish between water and land. Clear water is blue, and sediment-laden water is a dull blue-gray. Vegetation is red; the brighter the red, the more robust the vegetation.

Compared to a normal year, many of the rivers and channels appear somewhat wider and fuller in May 2011, but not significantly so. Much of the Mississippi and Atchafalaya Rivers are bounded by levees and other river control structures that keep the water flowing within the banks. 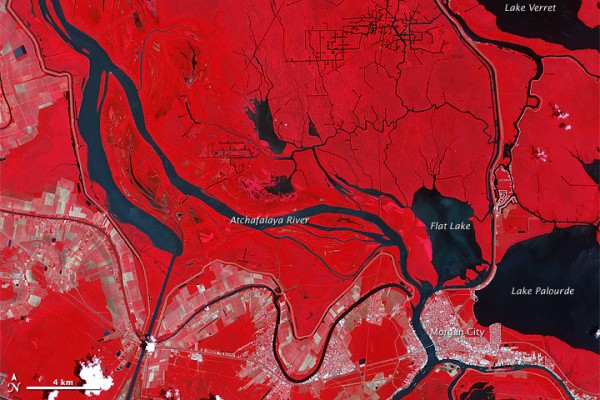 However, the black and green-gray shading amidst the red-colored vegetation north and west of Morgan City, Louisiana, are tell-tale signs of flood waters amidst the trees and brush of the bayou swamps.

As of June 7, 2011, seven bays on the Morganza spillway remained open, down from 17 bays on May 18. The estimated flow was 70,000 cubic feet (1,980 cubic meters) per second flowing out of the Mississippi River and into the floodway. The river has crested at all of the major cities along its banks, and the high point of the water flow appears to be past. Yet there is still plenty of water washing across the Louisiana landscape toward the Gulf of Mexico. (EarthObservatory) 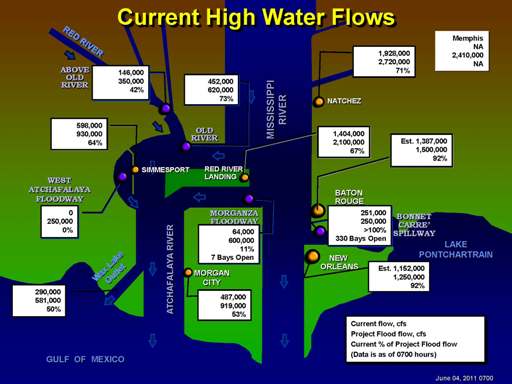