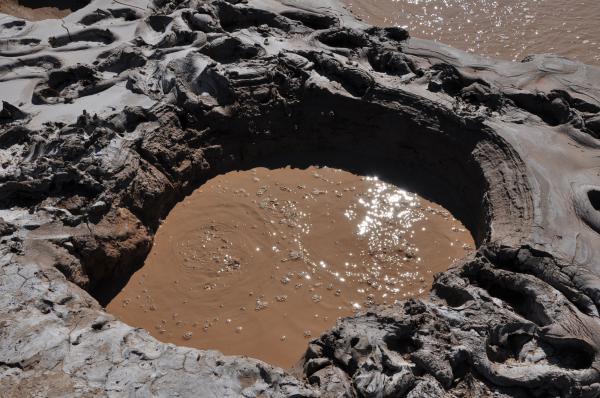 After two months of research, scientists have concluded that the mud eruption phenomenon in Thuan Bac district in the central province of Ninh Thuan is a small-scale geological accident, which is related to tectonical faults.

Experts of Ninh Thuan Province’s Department of Natural Resources and Environment and the Federation for Water Resources Planning and Surveillance of the Central Region, made a field trip to inspect the mounds. In March, Dr. Dinh Doan Lam, a senior official from the Institute for Geology of Vietnam said that mud eruption in Ninh Thuan is a normal geothermal phenomenon and is not dangerous, which is call mud volcano.

However, scientists have recently confirmed that mud eruption phenomenon in Ninh Thuan is a small-scale geological accident, which is related to the operation of tectonical faults and caused by exogenous factors like rain water and underground water. 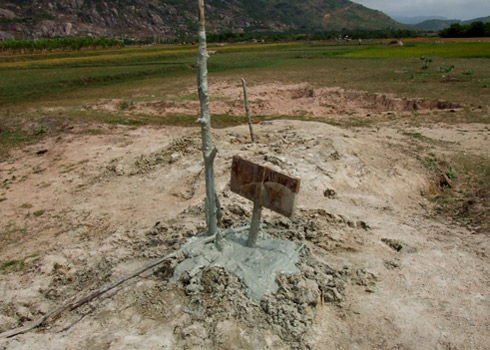 Pham Chau Hoanh from the Ninh Thuan Department of Science and Technology said that of the five mud mounds, two appeared in February 2011, two appeared six months ago and one has been there for a long time. The five mounds are located on an area of 1,700 sq.m. Surveys show that each mound has diameter from 1.6 to 3m and 5-6m deep. The mud deposit is estimated at 30,400 tons, which is enough for a tourism site with mud bathing service to operate for ten years.

However, these mounds have become dangerous traps since they are located on the field. Locals said that some cattle die in the mud holes. Researchers said that mud will continue erupting at this site, especially when there are showers. The site is only 30-40km from the site of the Ninh Thuan 1 and 2 Nuclear Power Plants. (VietnamNet)