A widespread and significant flood risk continues across the south-central U.S. from repeated rounds of intense rain and strong to severe thunderstorms. Flash flood watches are in effect for a large part of the ArkLaTex.

Officials in Louisiana said Tuesday they are investigating five deaths as weather-related after massive rains and widespread floods hit the region over the past couple of days.

Three people died and one is still missing after their vehicles ended up submerged in floodwaters in different parts of the state, officials said. Two people died in a hospital after their oxygen machines failed during power outages.

Lake Charles (population 75 000) was one of the worst affected this week, with more than 300 mm (11.8 inches) of rain recorded in 24 hours ending Monday afternoon, making it the city's third wettest May day on record. In just 2 hours, the city received about 152 mm (6 inches) of rain. A flash flood emergency has been issued for the city and surrounding areas.

The city has received more than 406 mm (16 inches) as of May 19, which is nearly 6 times the average amount of rainfall during the first 18 days of the month, AccuWeather Meteorologist Jessica Storm said. 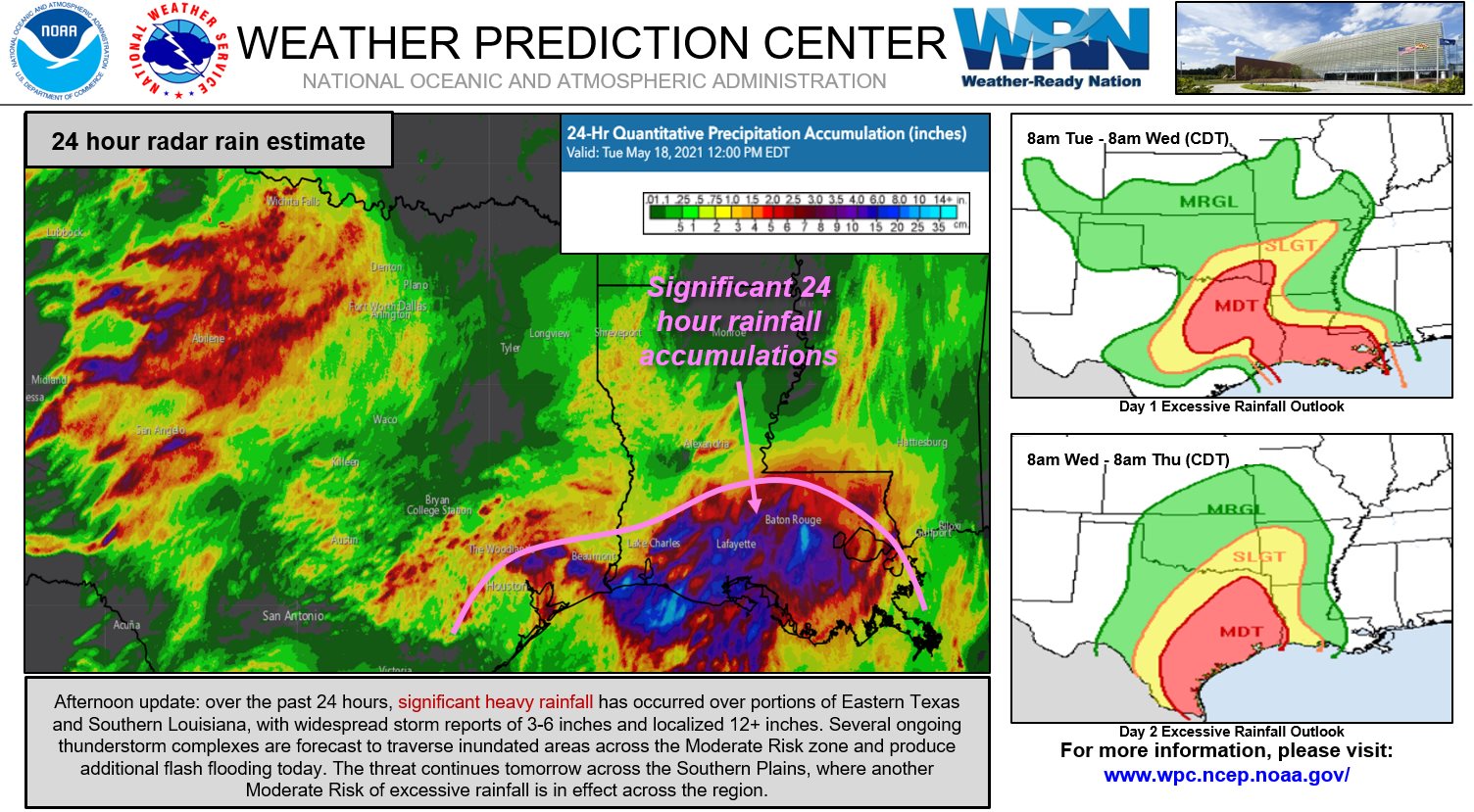 Cities like Fannett and Ganado in Texas, received over 330 mm (13 inches) of rain early this week.

"Moisture from the Western Gulf of Mexico will continue to flow across the Plains and Mississippi Valley through Friday, May 21," NWS forecaster Ziegenfelder said.

The showers and thunderstorms will produce heavy rain over the region producing numerous areas of flash flooding.

Additionally, the heavy rain may cause many streams and possibly larger rivers to flood. 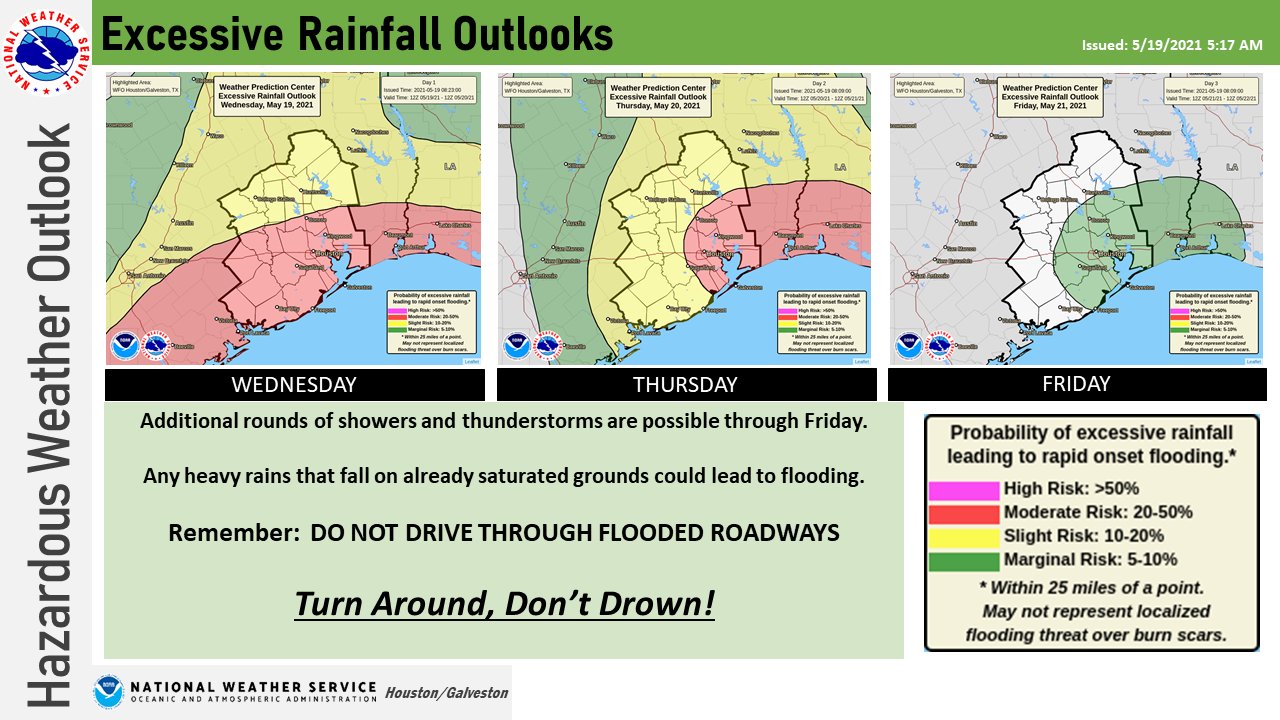 On Thursday, May 20, the excessive rainfall threat continues over parts of the Western/Central Gulf Coast.

"Meanwhile, the threat of severe thunderstorms moves northwestward to parts of the Northern/Central High Plains on Thursday," Ziegenfelder added. "Aiding in this shift is front becoming quasi-stationary from parts of the Upper Midwest to the Southwest through Friday."