Marine scientists at the University of South Flordia (USF) have concluded the first Gulf of Mexico-wide survey of oil pollution 10 years after the Deepwater Horizon disaster– the largest marine oil spill in the history of the petroleum industry.

On April 20, 2010, high-pressure methane gas from the well expanded into the marine riser and went up into the drilling rig where it ignited and exploded, devouring the platform. It resulted in 11 fatalities and more than 60 billion dollars worth of clean-up costs, fines, penalties, and restitution.

The drilling rig sank two days later, leaking about five billion barrels of oil into the Gulf of Mexico, around 80 km (50 miles) south of Louisiana's coastline. Also called the BP oil spill, it was one of the largest marine oil spill accidents in the world and the biggest environmental disaster in U.S. history.

Researchers from the USF were deployed on the scene after the sinking, pressing the newly-obtained research vessel Weatherbird II into service as the first scheduled research voyage to acquire water samples and other critical data. 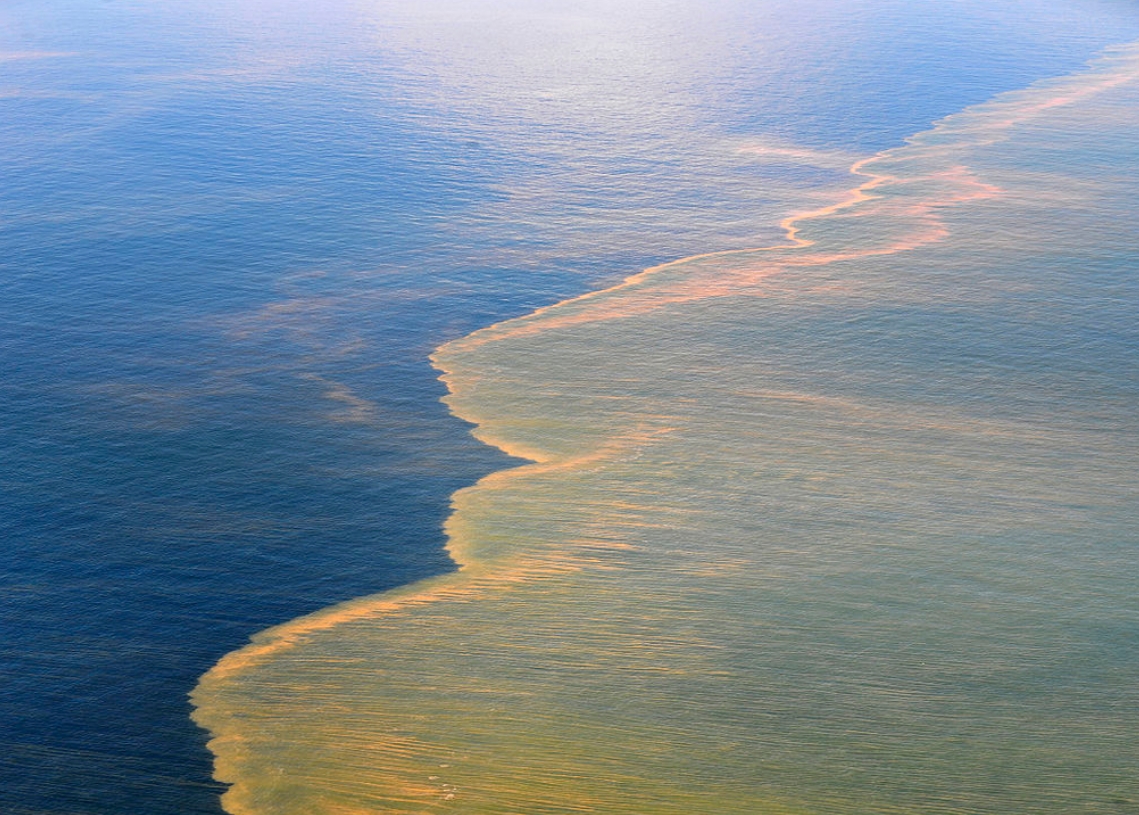 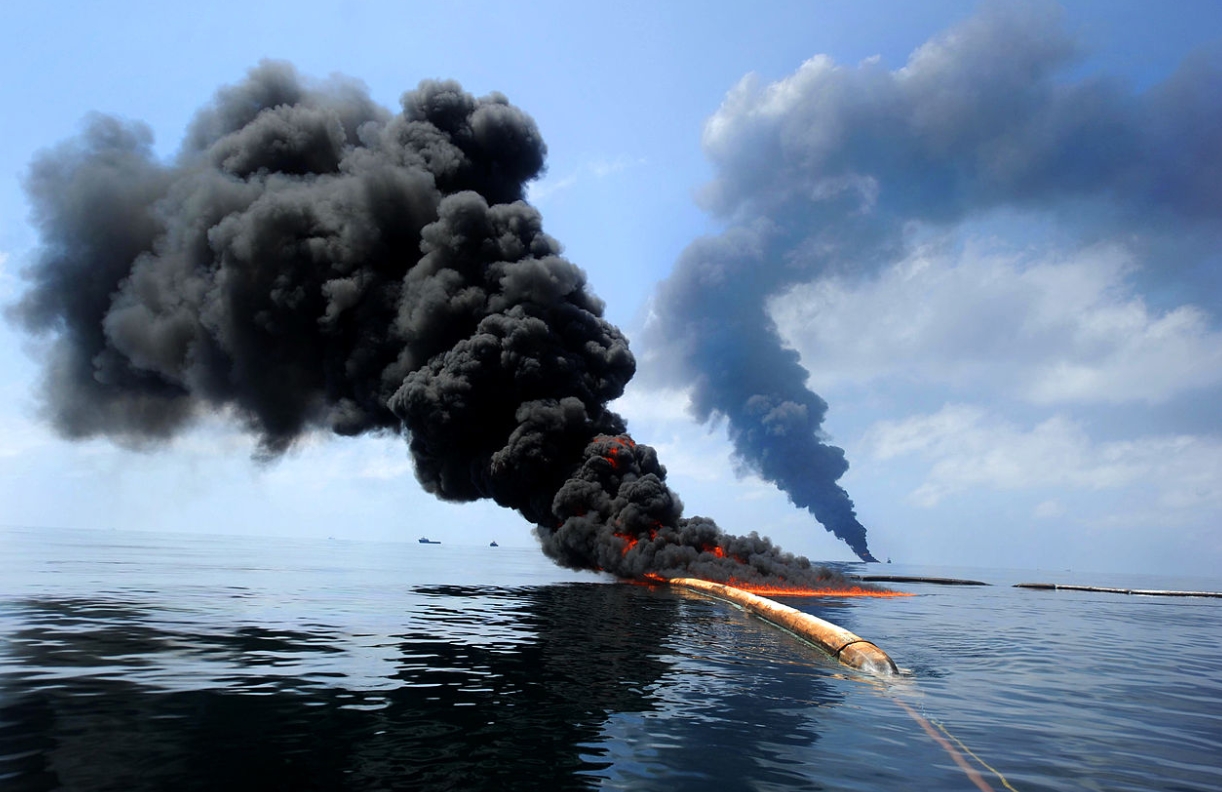 Since the 2010 BP oil spill, the scientists have sampled more than 2 500 individual fish that represented about 91 species from 91 sites across the Gulf of Mexico. They have found oil exposure in all of the samples, including some of the most popular types of seafood. In particular, the highest levels were found in yellowfin tuna, golden tilefish, and red drum.

The survey was the first comprehensive, Gulf-wide survey of oil pollution conducted in response to the BP oil spill and was funded by an almost 37 million dollar grant from Gulf of Mexico Research Initiative to establish the Center for Integrated Modeling and Analysis of Gulf Ecosystems (C-IMAGE). C-Image is an international association of experts– from professors to post-doctoral scholars and students– from 19 collaborating institutions. 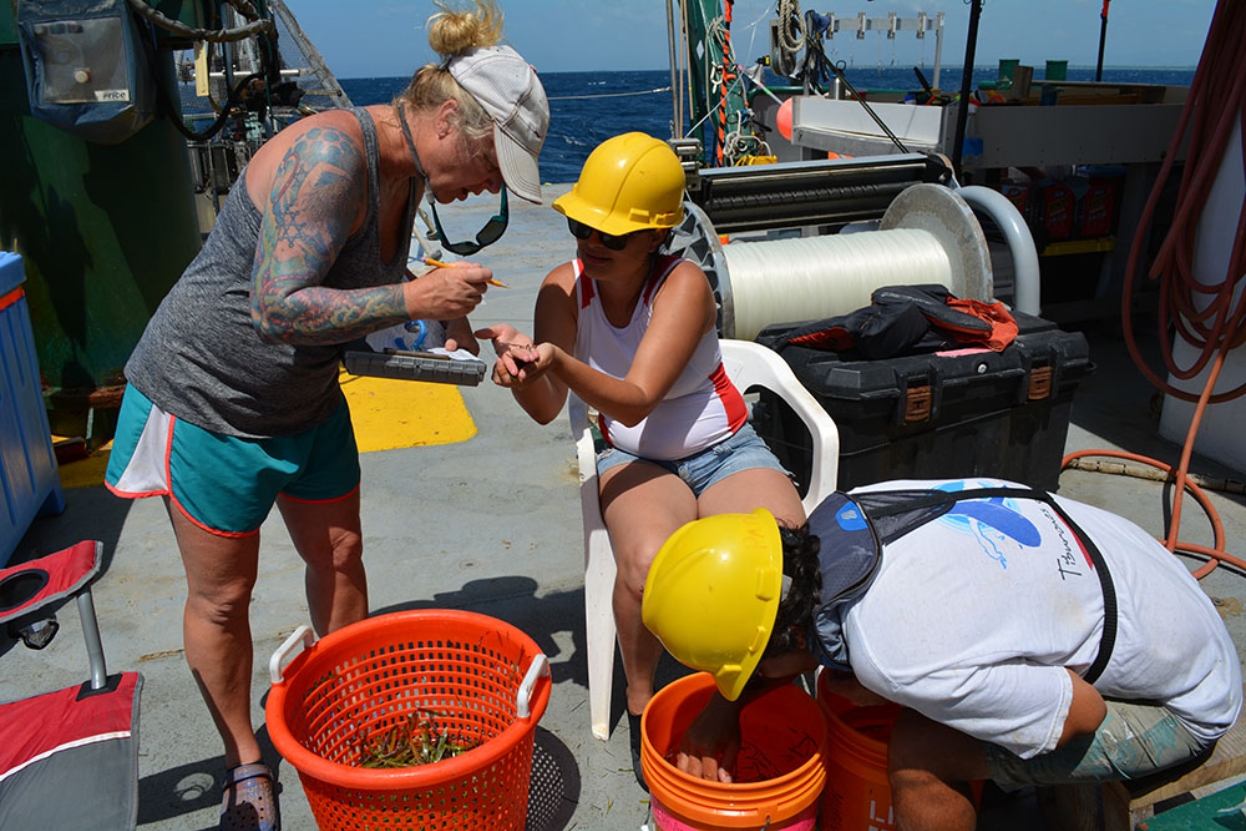 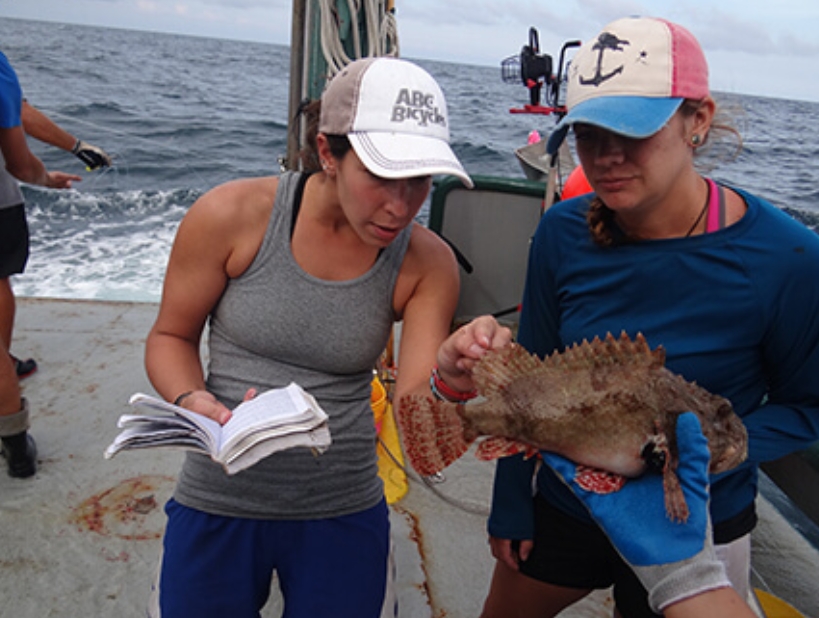 "We were quite surprised that among the most contaminated species was the fast-swimming yellowfin tuna as they are not found at the bottom of the ocean where most oil pollution in the Gulf occurs," said Dr. Erin Pulster, a researcher in USF's College of Marine Science and the study's lead author.

"Although water concentrations of PAHs can vary considerably, they are generally found at trace levels or below detection limits in the water column. So where is the oil pollution we detected in tunas coming from?"

Pulster added that the tilefish having higher concentrations of PAH makes sense since they live their entire lives as adults in and around burrows they dig on the seafloor. PAHs are also found routinely in Gulf sediments. However, their exposure was found to have been increasing over time, as well as in other species, such as groupers– one of the most economically-significant fish in Florida. 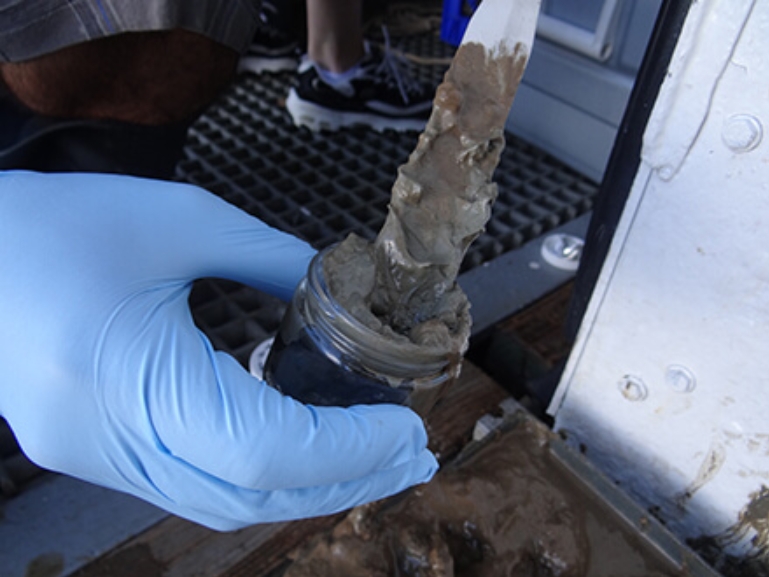 Sediments from the seafloor gathered and studied for toxic compounds. Image credit: USF

Fish with the highest PAH concentrations were discovered in the northern Gulf, a region of increased oil and gas activity and in the vicinity of the spill. Oil-rich sediments at the bottom are resuspended by currents and storms, which re-exposed fish dwelling in the area.

Oil pollution spots were also discovered off major population centers, including Tampa Bay, indicating that runoff from urbanized coasts may have a role in the higher PAH concentrations.

"This was the first baseline study of its kind, and it's shocking that we haven't done this before given the economic value of fisheries and petroleum extraction in the Gulf of Mexico," Steven Murawksi stated, a USF professor of fisheries biology and the leader of the international research effort.

Fish from the Gulf are thoroughly tested for contaminants to ensure public safety, despite the detected trends of oil contamination in fish bile and liver. However, chronic PAH exposure can result in the overall decline of fish health as it can prevent the liver from functioning well.

"Long-term monitoring studies such as these are important for early warning of oil pollution leaks and are vital for determining impacts to the environment in the case of future oil spills," said Pulster.

Despite over seven decades of production and hundreds of oil spills per year, there were no comprehensive baselines for petroleum contamination in the Gulf of Mexico (GoM) prior to this study. Subsequent to the 2010 Deepwater Horizon (DWH) spill, we implemented Gulf-wide fish surveys extending over seven years (2011–2018). A total of 2,503 fishes, comprised of 91 species, were sampled from 359 locations and evaluated for biliary polycyclic aromatic hydrocarbon (PAH) concentrations. The northern GoM had significantly higher total biliary PAH concentrations than the West Florida Shelf, and coastal regions off Mexico and Cuba. The highest concentrations of biliary PAH metabolites occurred in Yellowfin Tuna (Thunnus albacares), Golden Tilefish (Lopholatilus chamaeleonticeps), and Red Drum (Sciaenops ocellatus). Conversely, biliary PAH concentrations were relatively low for most other species including economically important snappers and groupers. While oil contamination in most demersal species in the north central GoM declined in the first few years following DWH, more recent increases in exposure to PAHs in some species suggest a complex interaction between multiple input sources and possible re-suspension or bioturbation of oil-contaminated sediments. This study provides the most comprehensive baselines of PAH exposure in fishes ever conducted for a large marine ecosystem.