On the forecast track, the center of Michael will move northward across the Yucatan Channel today, and then across the eastern Gulf of Mexico this evening through Wednesday. Michael is expected to move inland over the Florida Panhandle or Florida Big Bend area on Wednesday, and then move northeastward across the southeastern United States Wednesday night and Thursday.

The storm is expected to produce heavy rainfall and flash flooding over portions of western Cuba and the northeastern Yucatan Peninsula of Mexico during the next couple of days. 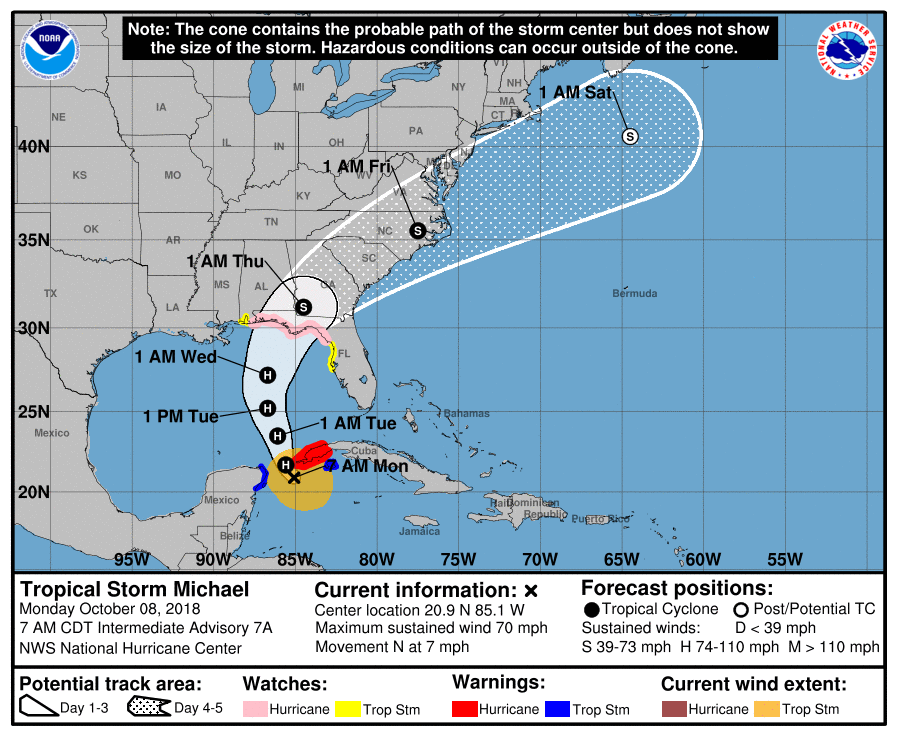 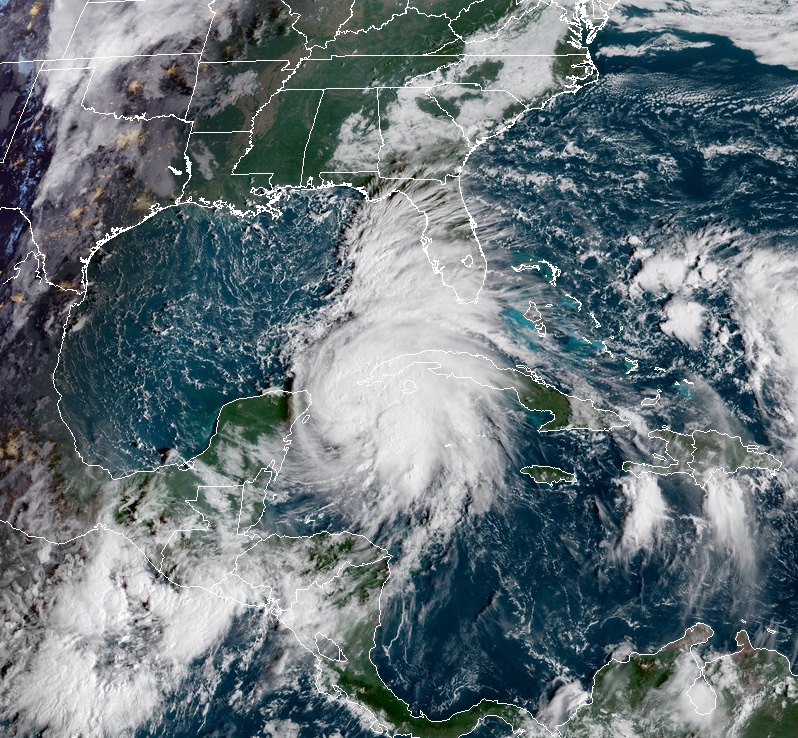 "Since the storm will still be over water for a time between 48 and 72 hours, there is a real possibility that Michael will strengthen to a major hurricane before landfall, NHC forecaster Berg said.

Some areas along the Florida Gulf Coast are especially vulnerable to storm surge, regardless of the storm's exact track or intensity. Residents in the watch areas should monitor the progress of this system and follow any advice given by local officials.

Weakening is expected after landfall, but the system will likely maintain tropical storm strength after October 12 when it moves off the east coast of the United States. Michael should then become an extratropical low by October 13.

By declaring this state of emergency, Governor Scott is ensuring that state and local government has ample time, resources and flexibility to get prepared for this storm.

Governor Scott is also urging all utilities and local partners to ensure mutual aid agreements are in place and review the number of generators they have to ensure they have all the resources needed.

Governor Scott also directed the Florida National Guard to activate 500 guardsmen to assist with planning and logistics, and to prepare for response in impacted areas.