Over the next 8 hours, the American Meteor Society (AMS) received 72 reports from Florida, South Carolina and Georgia. 5 of the reports mention sound associated with the event (2 delayed, 3 concurrent). 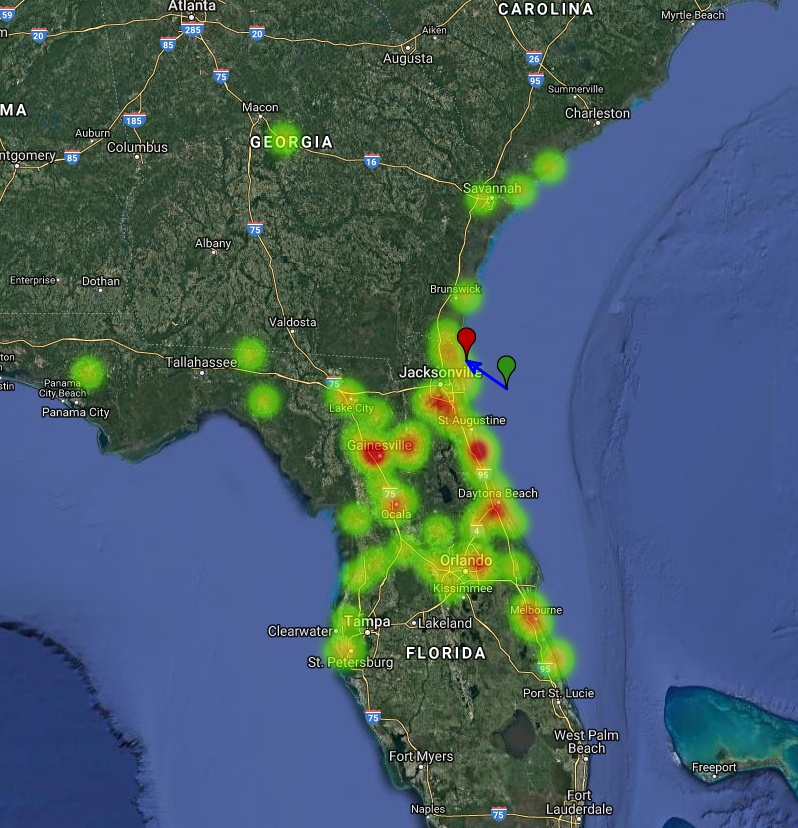 "The leading edge of this, I believe bollard, was white, following that was a somewhat of a green irregularly shaped conic tail, about 5 to 7 degrees in length, and for 2 or 3 degrees after this was an orange, roundish almost burning-fire looking area. Behind that was a whitish almost vapor trail formation. As our view was watching an object that came from behind and right, and was traveling away from our perspective and slightly left, I would argue that this trail was more noticeable due to being backlight the fireball," one Ormond Beach resident told AMS.

Another interesting-looking event took place on October 7. This one came from the ground up (and down), on the other side of the country.

My view of the @SpaceX launch from @NBCLA. pic.twitter.com/iW3x7IT0Qo

According to SpaceX, the company successfully launched the SAOCOM 1A satellite from Space Launch Complex 4E (SLC-4E) at Vandenberg Air Force Base in California at 02:21 UTC on October 8 (October 7 at 19:21 PDT).

"The satellite was deployed about 12 minutes after liftoff. Following stage separation, Falcon 9’s first stage returned to land at SpaceX’s Landing Zone 4 (LZ-4) at Vandenberg Air Force Base. This was SpaceX’s first land landing on the West Coast. LZ-4 is built on the former site of Space Launch Complex 4W, from which Titan rockets were previously launched."