The Army Corps of Engineers (USACE) said in a news release Thursday, May 30, 2019, the opening of the Morganza Floodway planned for June 2 has been postponed until June 6, 2019. If USACE opens the floodway, it will be only the third time in history.

The Mississippi River is predicted to reach 18.2 m (60 feet) at the structure on June 9, instead of previously forecasted June 5, USACE said, adding they only intend to operate the structure when needed as to not put additional water into the Atchafalaya Basin. 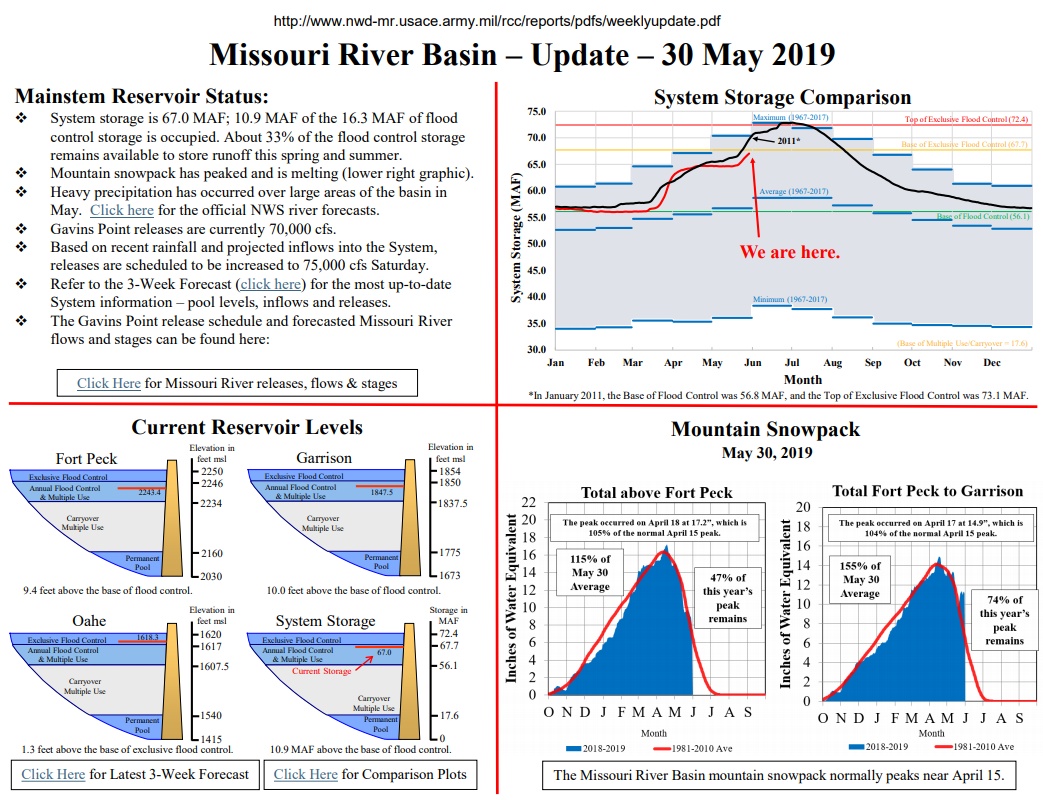 For links and more information, visit the source at this link.

The decision to open the Morganza Floodway relies on current and projected river flows and levee conditions, river currents and potential effects on navigation and revetments, extended rain and stage forecasts, and the duration of high river stages. When river flows at the Red River Landing are predicted to reach 1.5 million cfs and rising, the Corps considers opening the Morganza Floodway.