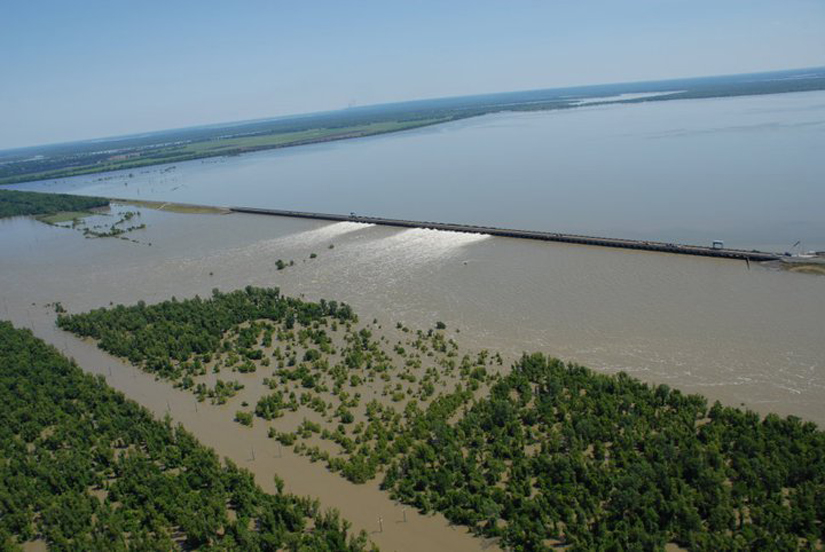 An estimated 108,000 cubic feet per second of water from the Mississippi River is rushing through Louisiana's Morganza Floodway today as the U.S. Army Corps of Engineers opened another bay bringing the total to 16 open gates out of the 125 possible.

On May 15, the Advanced Land Imager (ALI) on NASA’s Earth Observing-1 (EO-1) satellite captured natural-color image of the Morganza Floodway. The image was acquired at 11:20 a.m. Central Daylight Time, one day after the spillway was partially opened. In the satellite image, the white pixels near the spillway are whitewater churned up by the flow through the gates. 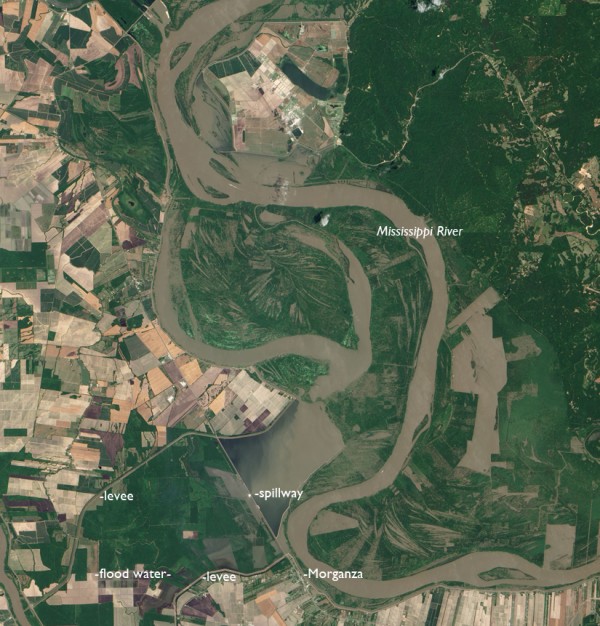 Water ranges in colors of olive, tan, black, and gray, reflecting the different loads of muddy sediment churned up from the bottom; darker areas might also reflect deeper water. Past the spillway, water is more readily apparent along the levee on the south and east side of the floodway, suggesting that there are fewer trees and perhaps lower elevations in those areas. 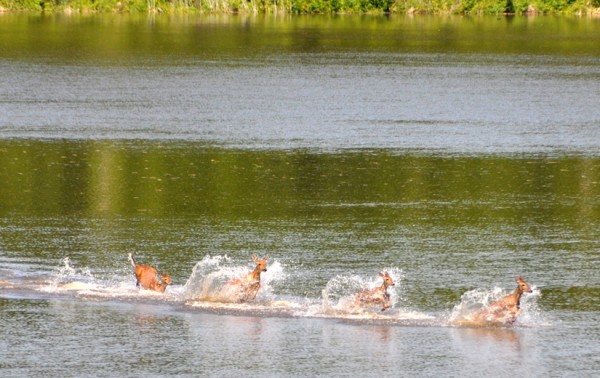