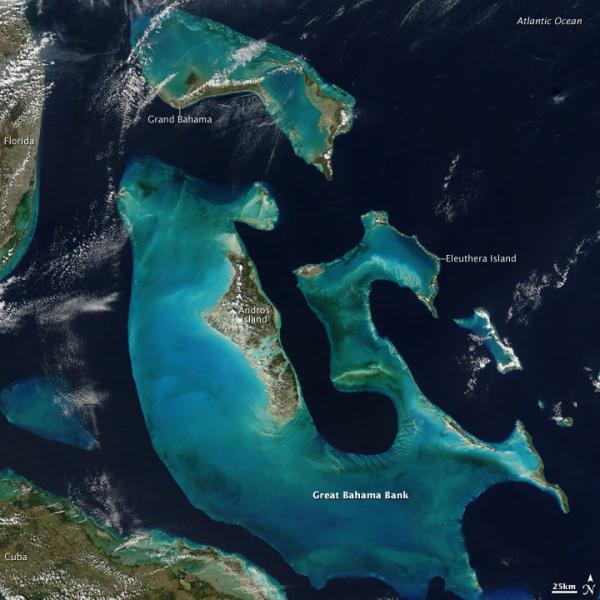 All the islands in the Bahamas were thought to be slowly sinking, but now scientists find one quirky isle going against the crowd. This anomaly suggests the area may be less seismically stable than previously thought.

Scientists focused on the small island of Mayaguana in the southeast Bahamas, which measures about 33 by 7 miles (53 by 12 kilometers). They noticed shallow banks of rocks called marine carbonates above ground that are usually present dozens of feet below the surface on the other Bahamian islands. These deposits are about 39 feet (12 meters) thick, span more than 17 million years of geologic history, and are only found on the isle's northern coast.

The unusual placement on these rocks gave researchers insights into the tectonic processes going on below the Caribbean.

These findings suggest Mayaguana rose and tilted toward the south about 500,000 years ago. Such activity is likely related to faults in the Earth's crust near the island. In fact, its perfectly linear northern coastline might actually correspond to one such crack.

Activity along faults generates earthquakes. However, the Mayaguana faults are not as active as those near Haiti, and the probability of a major quake and tsunami in this area fortunately remains low.

Further study of these rocks on Mayaguana could provide a wealth of data on everything from climate change to geological activity along the margins of continental plates. Researchers are planning to investigate other geologically unexplored islands in the southeast Bahamas — Little and Great Inagua, Crooked, and Acklins Islands — that might show features similar to those found on Mayaguana.

The scientists detailed their findings online May 4 in the journal Geology.