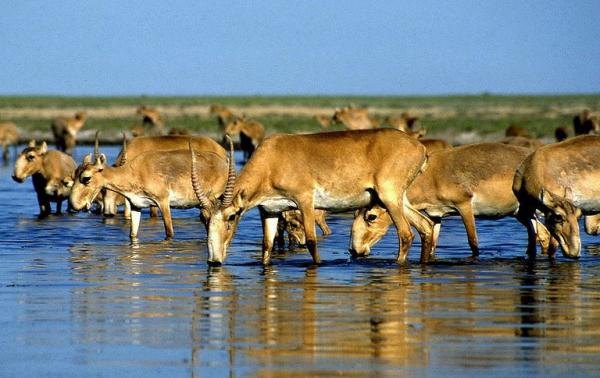 The horned animals, distinguished for the flexible snout-like noses, originally inhabited a vast territory stretching from Mongolia to Europe. But they are now listed as a critically endangered species by the World Wildlife Fund, with an estimated population of 50,000. The 441 animals found dead last week included 364 does and 77 fawns.

The animals appear to have died from an infectious disease called pasteurellosis, the unnamed official said. The often-deadly infection strikes the lungs and intestines, and needs to be treated with antibiotics.

Kazakh authorities were currently taking land and other samples to help them determine what had caused the latest outbreak. (TerraDaily) 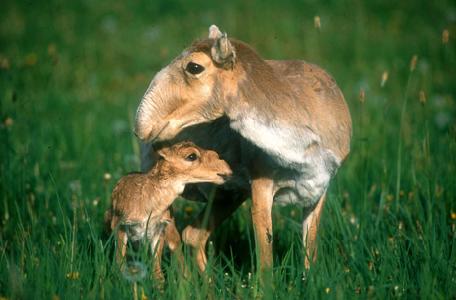 Pasteurellosis is an infection with a species of the bacteria genus Pasteurella, <1 > which is found in humans and animals.

Pasteurella multocida (P. septica) is carried in mouth and respiratory tract of several animals, notably cats. It is a small Gram negative bacillus with bipolar staining by Wayson stain. In animals it can originate fulminant septicaemia (chicken cholera), but is also a common commensal.

Pasteurellosis in humans is associated with a close animal contact, and may be transmitted by cat bite. (Wikipedia)