The outbreak of a highly virulent strain of the E. coli bacteria found on imported cucumbers in Germany has now killed at least 16 people. Authorities are warning against eating raw vegetables.

A deadly strain of the Enterohemorrhagic E.coli bacteria has claimed its first victim outside Germany. A hospital in Sweden announced Tuesday that a woman has died from an E. coli infection. The woman, who was in her 50s, had been treated in the southwestern Swedish town of Boras after a recent visit to Germany. Another man in his 70s was being treated at the same hospital, but his symptoms were described as less serious.

On Sunday, a 91-year-old woman in North Rhine-Westphalia died from the intestinal bacteria, and the state confirmed a second death on Monday. This brings the total number of victims who have died from the recent E. coli outbreak in Germany to at least 15. Most of the victims have been women living in northern Germany.

The source of the deadly E. coli strain was thought to be cucumbers imported from Spain, but tests on cucumbers done by the Hamburg Health Department have ruled this out and the search for the source of the infections continues. Spain had rejected German claims that its cucumbers were to blame for the epidemic and has asked the European Union for aid to compensate for damages incurred.

In reaction, Russia has taken the step to ban some produce imports from Germany and Spain and is urging consumers to buy locally.

On Monday, officials from the federal and state governments met in Berlin to discuss the quickly deepening crisis brought on by the E. coli outbreak. Health Minister Daniel Bahr said there were indications that the source of the infection is still active. Consumer Affairs Minister Ilse Aigner added that the situation was serious and “this is a matter of life and death. Consumer protection has the highest priority.“

The Stockholm-based European Center for Disease Prevention and Control has described the outbreak of the strain of E. coli as one of the largest worldwide. (DeutscheWelle) 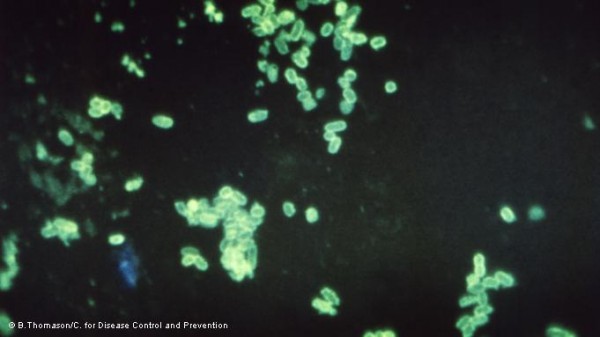 A risk assessment from the European Centre for Disease Prevention and Control (ECDC) in Stockholm, an EU agency tasked with monitoring diseases, has found that the E. coli outbreak in Germany is one of the most severe worldwide.

More than 1,000 people in Germany have been infected with a rare strain of E. coli, which can cause haemolytic-uremic syndrome (HUS), an illness that can lead to acute kidney failure and cannot be treated with antibiotics. Ten people have already died of the disease in the recent outbreak.

The ECDC noted that E. coli infections normally affect children, but that in this recent outbreak, it was mainly adults, and women in particular, who fell ill.

There have been no reported cases of E. coli in Spain and the authorities say it is by no means certain that the bacteria originated there.