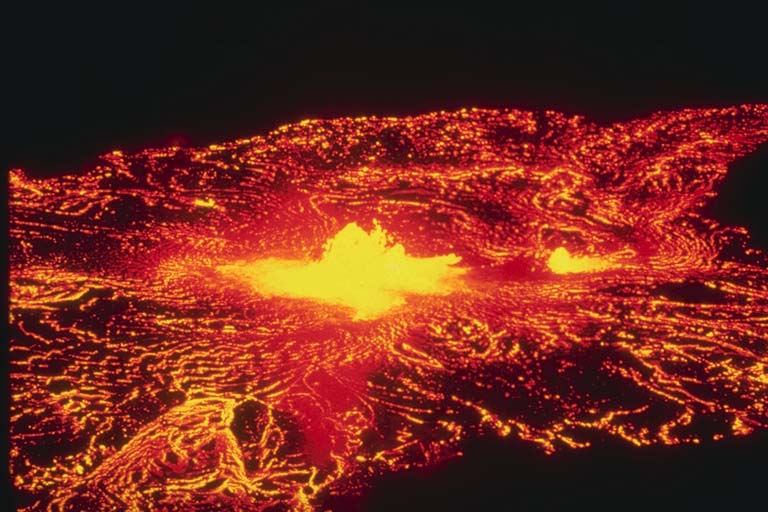 Lava is only present within Pu`u `O`o crater and the vent inset within the east wall and floor of the summit's Halema`uma`u Crater. The summit lava lake level falls and rises every 15 minutes. In the east rift zone, vents within Pu`u `O`o crater fed a lava lake perched in the middle of the crater floor whose level remained below the rim. Seismicity levels remained generally low; gas emission rates were slowly increasing.

The summit tiltmeter network recorded the switch to DI inflation at 1:40 am this morning. The summit GPS network recorded long-term extension. Seismic tremor levels remained at low values with frequent tremor bursts, some related to fluctuations in the lava lake level. One deep earthquake was strong enough to be located within Kilauea volcano on south flank faults.

The summit lava lake level was fairly stable with nearly regular 15-minute cycles of abrupt draw-down followed by slow refilling. Each of these cycles was associated with a tremor burst and a small tilt jump.

The gas plume is wispy and drifting to the southwest this morning. The most recent (preliminary) sulfur dioxide emission rate measurement was 400 tonnes/day on May 26, 2011. Although not measured this morning, minute amounts of ash-sized tephra were probably wafted in the plume and deposited on nearby surfaces. 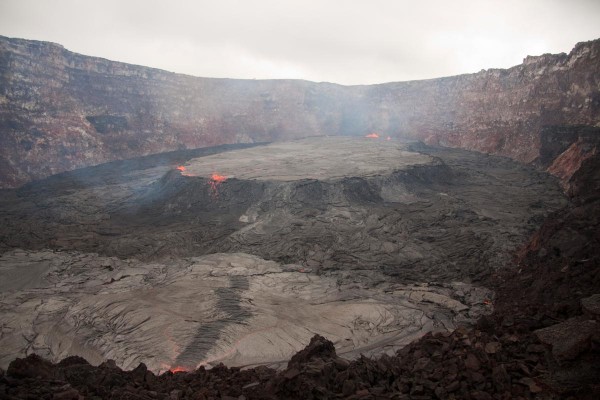 A lava lake, fed continuously by a vent near the western edge of the lake, remained perched in the center of the crater floor. The rim of the perched pond was elevated at least 10 m (30 ft) higher than the surrounding crater floor, which was 52 m (170 ft) below the eastern crater rim as of Wednesday, May 11. The lake level remained below the perched rim and there were no overflows or rim breaches. The lava within Pu`u `O`o Crater is currently the only lava erupting in the east rift zone.

East rift vents and flow field – near-vent areas could erupt or collapse without warning with spatter and/or ash being wafted within the gas plume; potentially-lethal concentrations of sulfur dioxide gas may be present within 1 km downwind of vent areas. Kilauea Crater – explosive events are capable of ejecting rocks and lava several hundred meters (yards) from the Halema`uma`u vent; ash and Pele's hair can be carried several kilometers downwind; potentially-lethal concentrations of sulfur dioxide can be present within 1 km downwind. (Hawaiian Volcano Observatory) 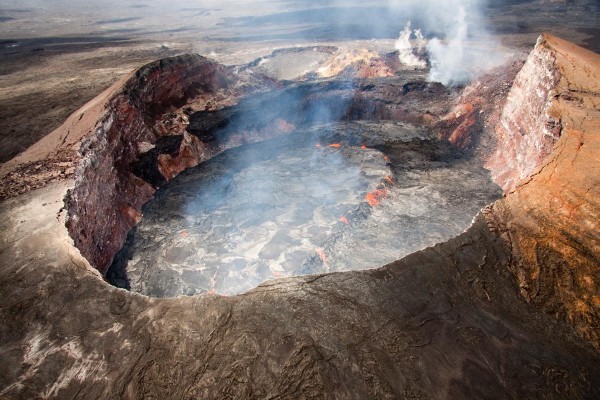 Maps, photos, Webcam views, and other information about Kilauea Volcano are available at http://volcanoes.usgs.gov/hvo/activity/kilaueastatus.php.
A map with details of earthquakes located within the past two weeks can be found at http://tux.wr.usgs.gov/

A definition of alert levels can be found at http://volcanoes.usgs.gov/activity/alertsystem/index.php 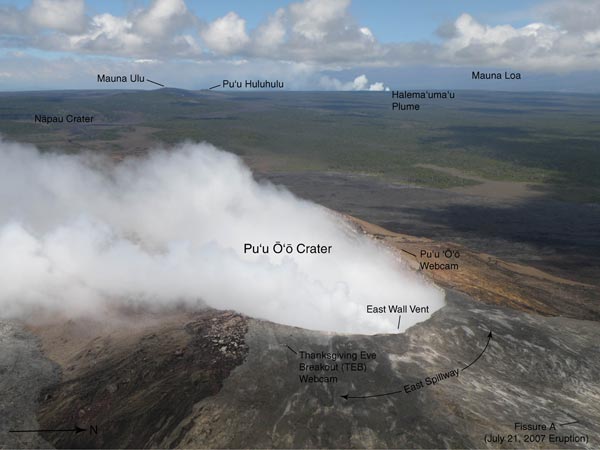