The incident happened late Friday in Garut district, West Java province, after hours of heavy rain, the official said. The rain led to a landslide which blocked the Cikaso river, causing flash flooding. 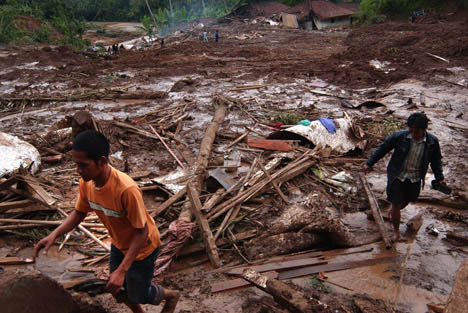 Floods and landslides are common in Indonesia, which is prone to frequent bursts of heavy rain. At least 148 people were killed after flash floods smashed through Teluk Wondama district in Papua late last year. (TerraDaily)