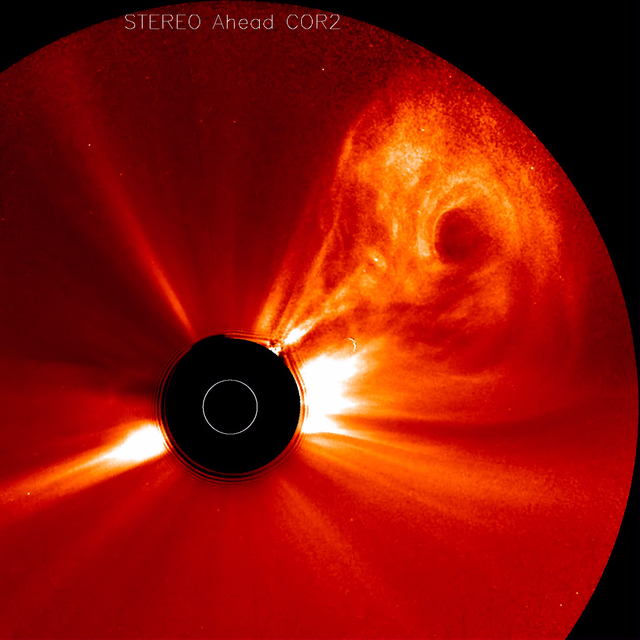 NASA twin STEREO spacecraft observed a spectacular coronal mass ejection launched from the vicinity of decaying sunspot 1176 on April 3rd around 0500 UT. The blast was not Earth directed. Nevertheless, there is a chance that the expanding cloud will deliver a glancing blow to Earth’s magnetic field on or about April 6th.

Both Sunspot 1183 and growing Sunspot 1184 remain quiet early on Monday. There will be a chance for C-Class flares. A new sunspot which should be numbered 1185 rotated into view on the eastern limb.

Solar activity is expected to be very low to low with a slight chance for moderate activity (isolated M-class) from Region 1183 during the period (04 – 06 April).

The geomagnetic field was at unsettled to active levels in response to a coronal hole high-speed stream (CH HSS). The greater than 2 MeV electron flux at geosynchronous orbit reached high levels during the period.

Geomagnetic activity is expected to be mostly quiet for the next three days (04 – 06 April). The CME mentioned above is not expected to be geoeffective. (SolarHam)