"Volcanic ash observed on latest RGB and Visible satellite imagery moving SW of the summit. Ash seems to have detached from the summit and continues to move SW. IR temperature of -85 °C (-121 °F) obtained correspond to 15.2 km (50 000 feet) a.s.l."

Ash has completely blocked out the Sun over the area. Some users on social media are reporting fast-flowing lahars.

The deputy chief of Lumajang district, Indah Masdar, said Saturday one person had died and 41 people had suffered burn injuries.3 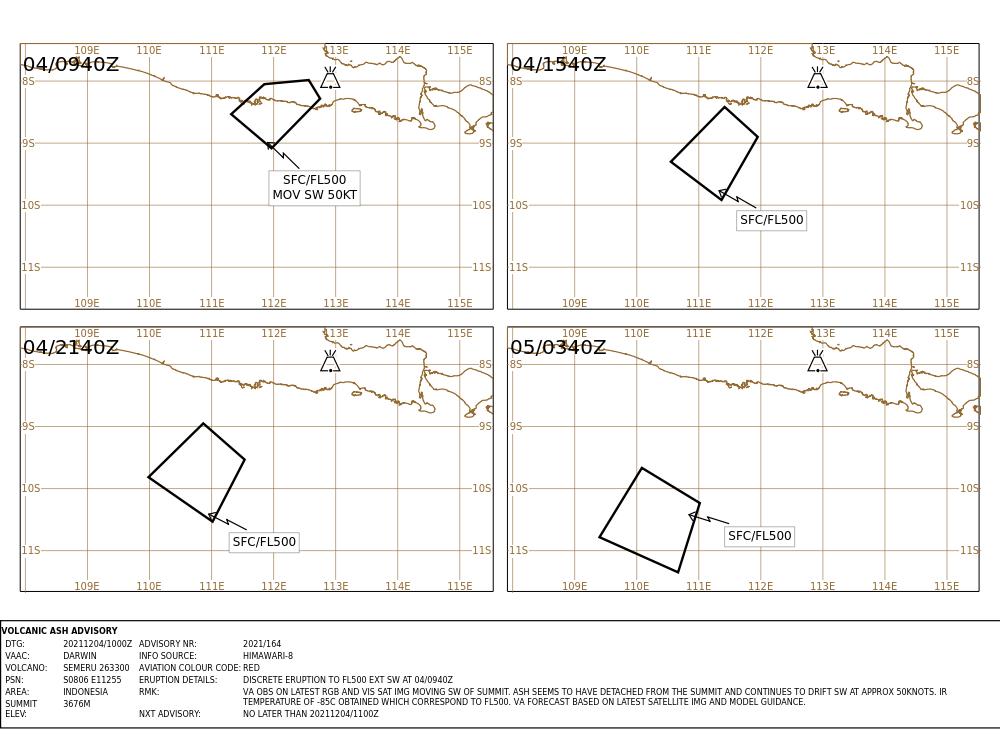 The death toll rose to 13 and the number of injured to 57 on Sunday, December 5, disaster officials said.4

The eruption caught locals by surprise and send thousands of them fleeing its path of destruction.

Homes and livestock in at least 11 villages of Lumajang district were coated in volcanic ash.

"There were signs they are still alive as there were lights maybe from their cellphones," he said. "But we cannot go there as the ground is still very hot."

Lava mixed with debris and heavy rain had already destroyed at least one bridge in Lumajang, preventing rescuers from immediately accessing the area.

But emergency services footage on Sunday showed a desolate scene in the village of Kampung Renteng with rescue workers toiling surrounded by buckled buildings and fallen trees.

"There were 10 people carried away by the mudflow," said a resident of Kampung Renteng. "One of them was almost saved. He was told to run away but said 'I can't, who will feed my cows?'"

This volcano is located within the Bromo Tengger Semeru-Arjuno, a UNESCO Biosphere Reserve property.6