A major explosive event was registered at Sangay volcano, Ecuador at 09:03 on December 2, 2021. The Washington VAAC is reporting volcanic ash rising up to possibly 15.2 km (50 000 feet) above sea level.

Consequently, there is a possibility of ashfall in the areas located to the west and southwest of the volcano, in the province of Chimborazo, IGEPN reports.1

It is recommended to take the pertinent measures and receive the information from official sources.

NWP models suggest volcanic ash rising to possibly 15.2 km (50 000 feet) a.s.l., the Washington VAAC reported at 10:25 UTC. Volcanic ash is expected to dissipate over the next 12 hours as the event appears to be a single explosion although further emissions are possible.3

This phenomenon has been persistent within the current eruptive period that began in May 2019.

The IGEPN continues to monitor the event and will inform promptly in case of detecting changes. 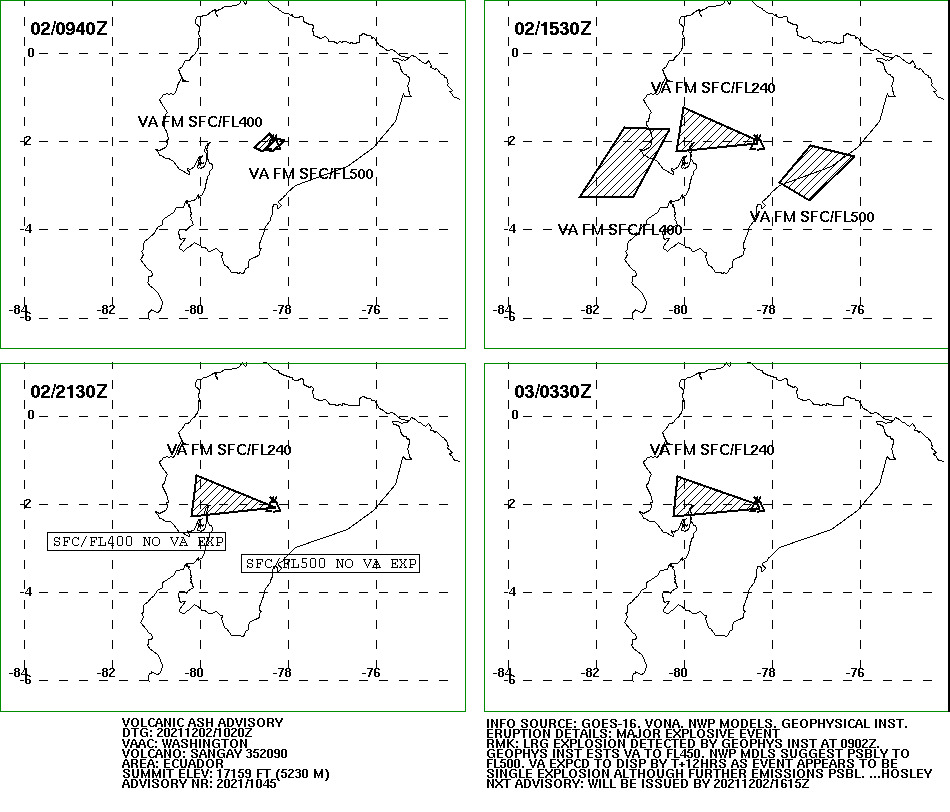 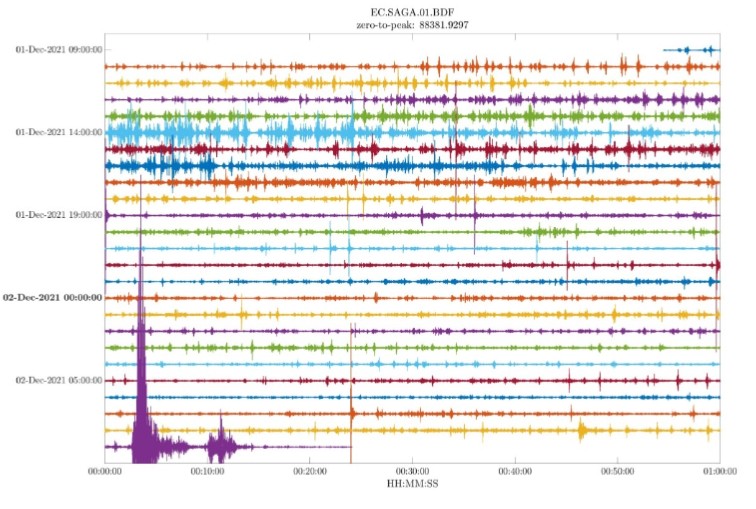 The almost constant activity has caused frequent changes to the morphology of the summit crater complex. This volcano is located within the Sangay National Park, a UNESCO World Heritage property.4