The GPS meter in Grímsvötn shows that the ice cap continues to descend and it has sunk almost 9.87 m (32.4 feet) since it was measured highest on November 24, 2021, the Icelandic Meteorological Office (IMO) reports.

Running water has now appeared in Gígjukvísl and the water level there has risen gradually yesterday and last night.1

IMO hydrologists are on their way to the scene and they will monitor the development of the run and measure the flow in the river.

It can be expected that the water level and flow will continue to increase in Gígjukvísl in the next few days. 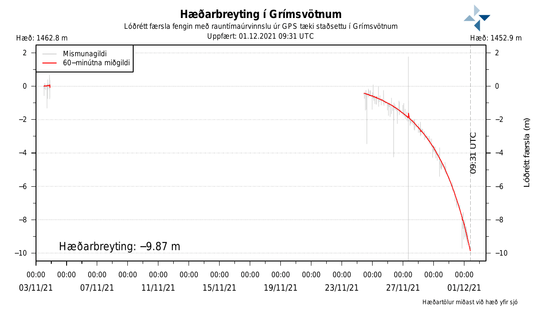 Glaciologists at the Institute of Earth Sciences at the University of Iceland have published a forecast model that assumes that the maximum flow in this event will be reached around next weekend or the beginning of next week, December 6.

Flow from Grímsvötn has grown more slowly in this run than in Grímsvatnahlaup in 2010, and based on the latest data, the maximum flow in Gígjukvísl is expected to be around 4 000 m3/s (141 000 ft3/s).

There is no chance that running water will enter the old channel of Skeiðará, IMO said.

Measurements carried out by the University's Institute of Earth Sciences on November 29 indicate that about 0.1 km3 (0.02 mi3) of water has already left the lakes, which is about 10% of the water that was in Grímsvötn before the iceberg began to sink. 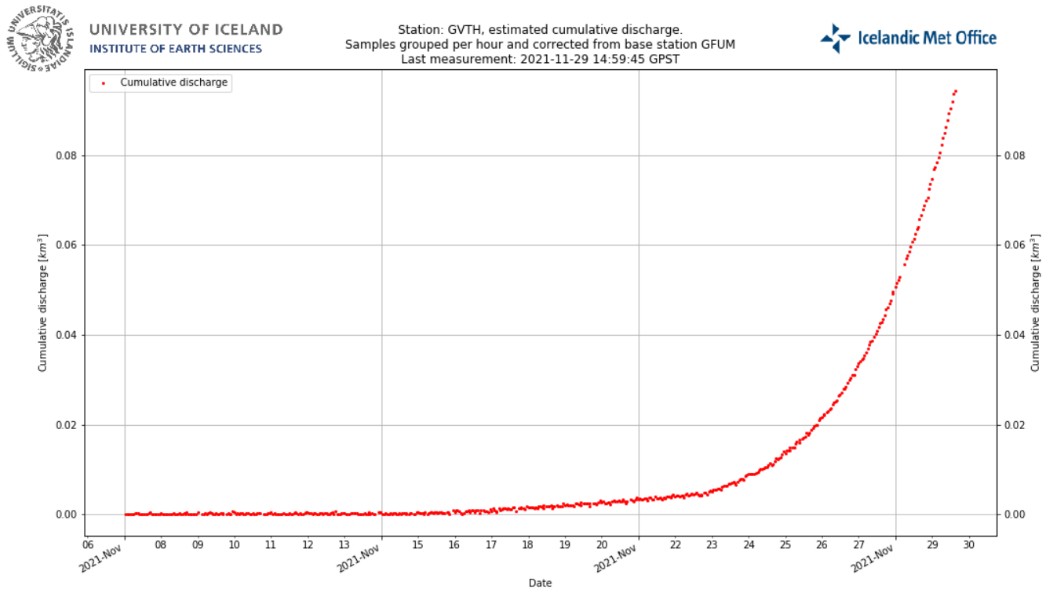 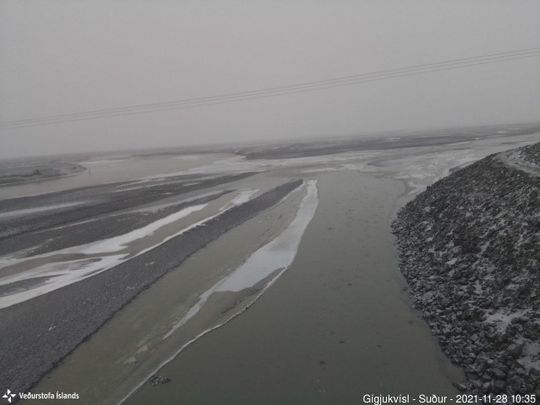 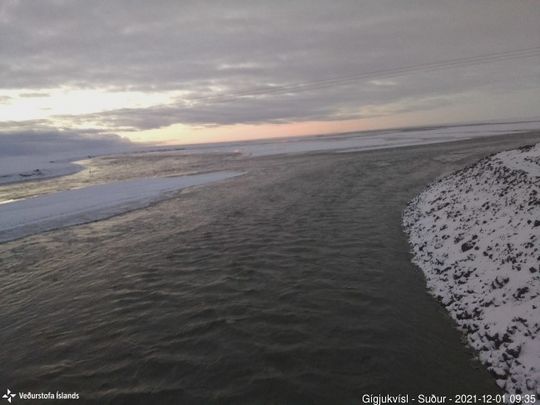 There are past examples of Grímsvötn eruptions starting following a flood.2

The loss of the water from Grímsvötn lake reduces the pressure on top of the volcano and this can allow an eruption to begin.

In 2004 the eruption started three days after the first observations were made of flood onset. There were a series of earthquakes in the days preceding the eruption. No such earthquakes have been measured at this point in time.

According to Benedikt Gunnar Ófeigsson, deformation scientist at the IMO, there is every indication that the Grímsvötn volcano is ready to erupt.3

The last eruption of this volcano took place in 2011 — it was a large and powerful VEI 4 eruption. The average eruption frequency during the last 1 100 years is 1 eruption per 10 years.

The 15 km3 (3.6 mi3) basaltic Laki lavas erupted over a 7-month period from a 27 km (16.7 miles) long fissure system. Extensive crop damage and livestock losses caused a severe famine that resulted in the loss of one-fifth of the population of Iceland.4

2 Ice sheet in Grímsvötn subsiding, could lead to an eruption, Iceland – The Watchers