According to Benedikt Gunnar Ófeigsson, deformation scientist at the Icelandic Met Office (IMO), there is every indication that the Grímsvötn volcano is ready to erupt. The last eruption of this volcano took place in 2011 — it was a large and powerful VEI 4 eruption. The average eruption frequency during the last 1 100 years is 1 eruption per 10 years.

Data obtained through a GPS station on top of the Vatnajökull glacier show that the ice cap over the volcano continues to inflate. A second station on a cliff in Grímsfjall mountain, southeast of Grímsvötn, has registered inflation as well.1

"That station shows increased inflation, which is due to magma accumulation," Benedikt states.

in 2020, the inflation in Grímsfjall mountain reached the same level as prior to the volcano's last eruption in 2011, prompting authorities to raise the Aviation Color Code from Green to Yellow on September 30.2

What is different now, compared to the last eruption, is that the surface of the lakes is higher than it has been for a long time.

"Therefore, once a jökulhlaup (glacial outburst flood) occurs, a very sudden drop in pressure will take place. That can trigger an eruption, according to data available to us about prior Grímsvötn eruptions." 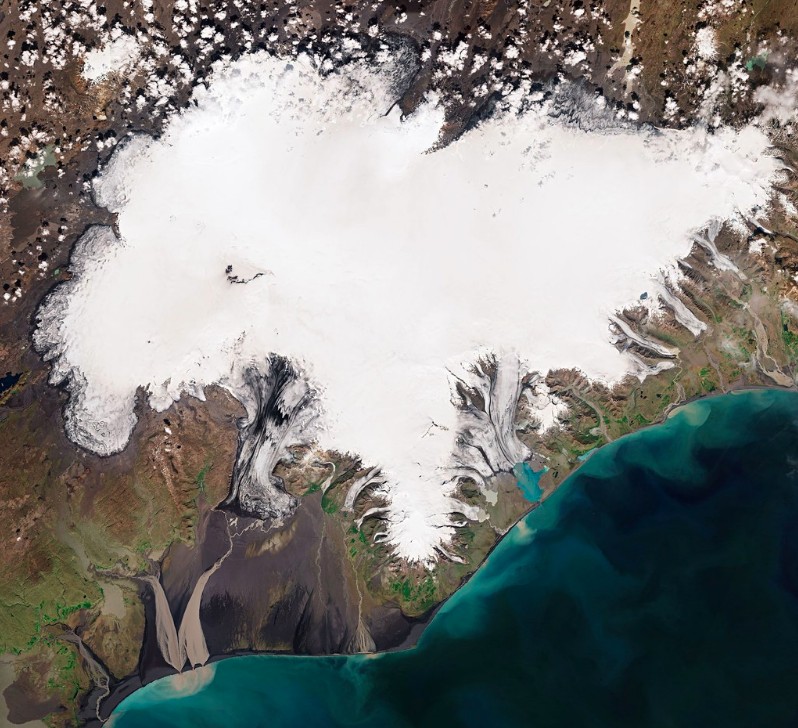 Such flood occurred at the volcano at the beginning of September 2021 from the eastern and western parts of Grímsvötn's caldera. The flood began on September 1 and decreased during September 8 to 10.2 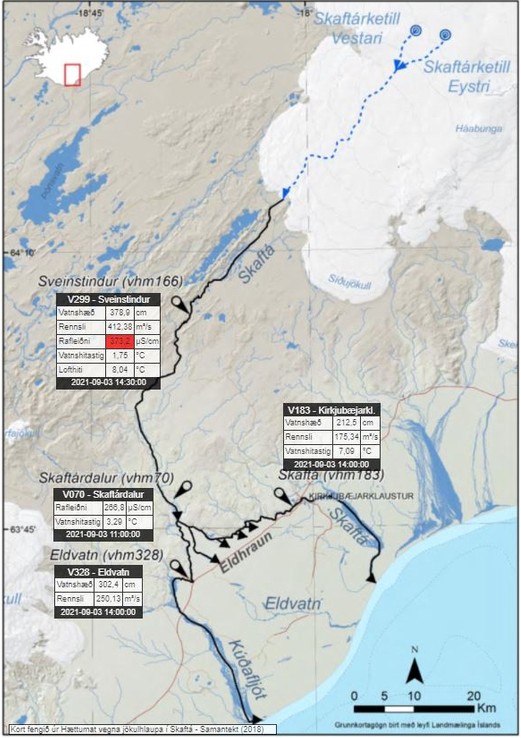 "The inflation continues, but at a slower rate than in the beginning. It slows down the longer time has passed since the last eruption," Benedikt said.

"That, too, is one of the indications that the next eruption is approaching." Another indication he mentioned is increasing seismic activity.

"All the data, therefore, suggest that the Grímsvötn volcanic system is ready to erupt, and that it has been for the past year, or even two."

"This is the first time that we measure so much SO2 at a volcano in Iceland that is not in an eruptive phase and its presence is indicative of magma at a shallow level."

The 15 km3 (3.6 mi3) basaltic Laki lavas were erupted over a 7-month period from a 27 km (16.7 miles) long fissure system. Extensive crop damage and livestock losses caused a severe famine that resulted in the loss of one-fifth of the population of Iceland.3

2 Another glacial outburst flood begins at the Vatnajökull ice cap, Iceland – The Watchers