Massive flooding hit Italy's port city of Catania over the past couple of days after the city received its average yearly rainfall in just about 48 hours. Massive damage was reported across the city, at least 2 people have been killed and one remains missing. The rains were brought by a non-tropical low pressure area, located just south of Sicily, which consolidated into a Medistorm "Gloria" on October 26.

The rains continued over the next day, surpassing the yearly average of 586 mm (23.1 inches) in about 48 hours. 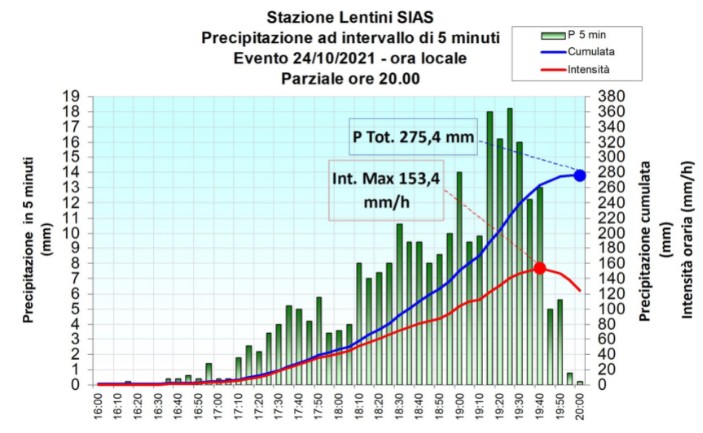 On October 26, Catania's streets and squares were turned into cascading 'rivers' due to the flooding, which caused massive damage in addition to the loss of life.1

At least 2 people have died in severe flash flooding that ensued, which prompted residents to evacuate and several businesses to shut down in an emergency. Footages circulating on social media showed water streaming on the streets in Catania, turning the roads into rivers as motor vehicles floated and garbage littered into the water.2 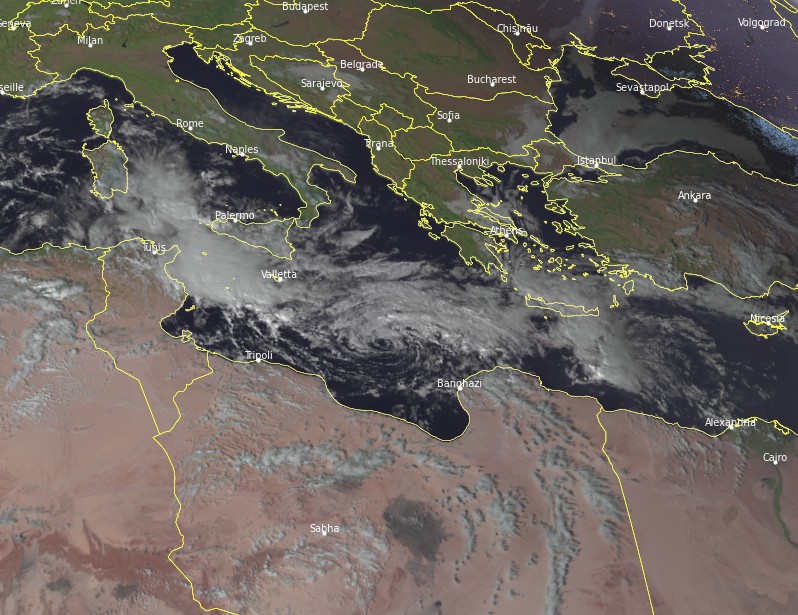 Gloria has continued to drift slowly to the east since it formed on October 26; however, it is expected to turn toward the west or west-northwest soon, according to Mediterranean Cyclone Center.

"The models continue to insist upon a Sicily landfall, though uncertainty remains for Gloria's track afterwards. The GFS and CMC have come into agreement on a slower track to landfall, followed by a slow and erratic motion near or over Sicily. The Euro agrees but is faster to landfall.

"Therefore, the most likely outcome is dissipation over Sicily through land interaction. The GFS and Euro now agree that Gloria or Gloria's remnant low will return to the Ionian Sea and dissipate while tracking southeast, and the track forecast has been adjusted accordingly. Conditions are expected to become more favorable for intensification over the next few days, and the intensity forecast has been raised slightly, following the GFS output. If landfall occurs sooner, Gloria's peak will be lower."