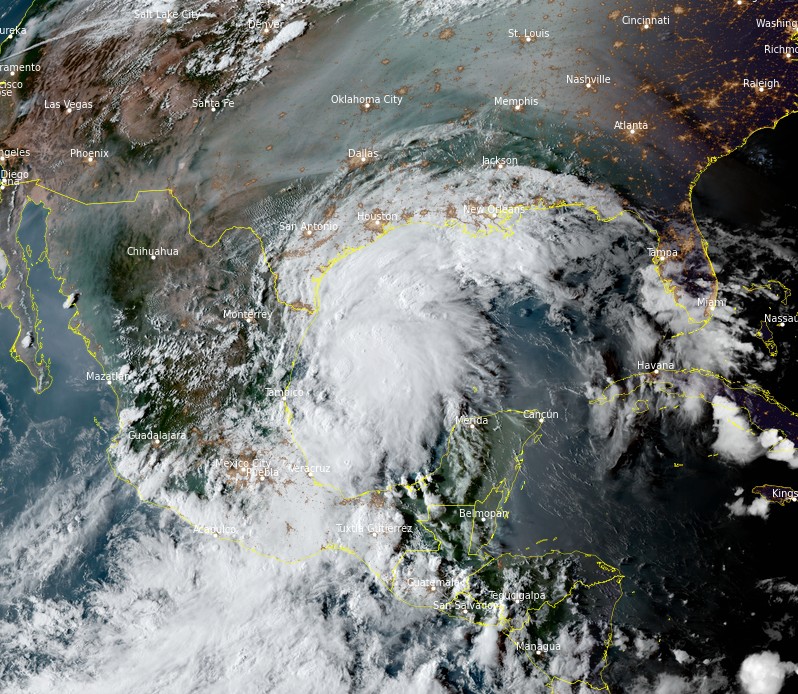 Strengthening is forecast today, and Nicholas could reach the northwest Gulf coast as a hurricane.

Weakening is anticipated on Tuesday and Wednesday, September 14 and 15 over land. 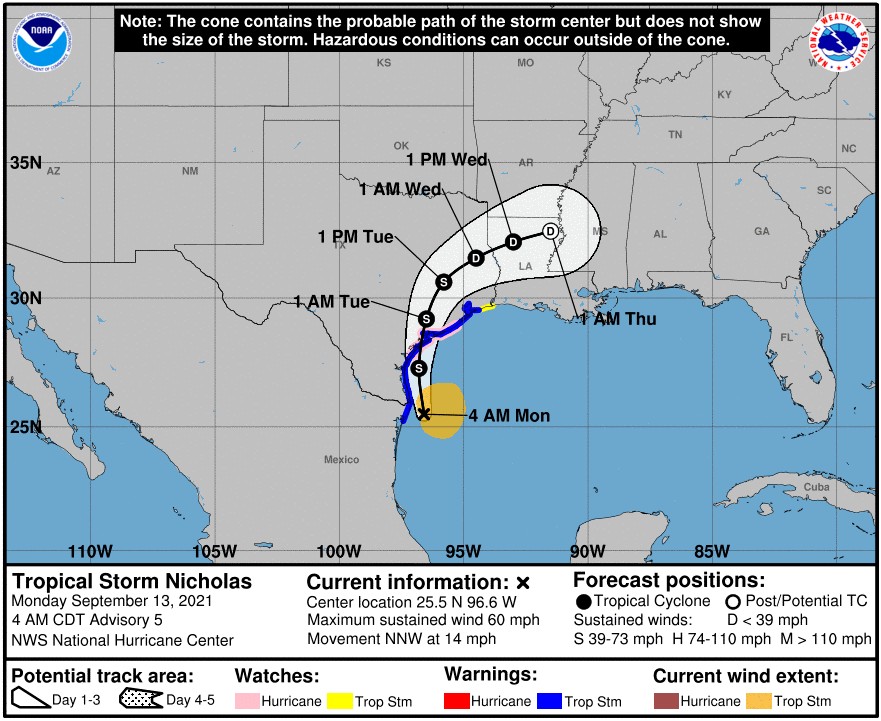 Nicholas is expected to turn northward later today and NNE on Tuesday, September 14.

On the forecast track, the center of Nicholas will pass near or just offshore the coasts of northeastern Mexico and south Texas this morning, and move onshore along the coast of south or central Texas Monday afternoon or evening.

Nicholas is expected to produce storm total rainfall of 200 – 400 mm (8 to 16 inches), with isolated maximum amounts of 500 mm (20 inches), across portions of the middle and upper Texas coastal areas through the middle of the week.

Across the rest of coastal Texas into southwest Louisiana rainfall of 125 to 250 mm (5 to 10 inches) is expected. This rainfall may produce areas of considerable flash and urban flooding, especially in highly urbanized metropolitan areas. Additionally, there is the potential for isolated minor to moderate river flooding. 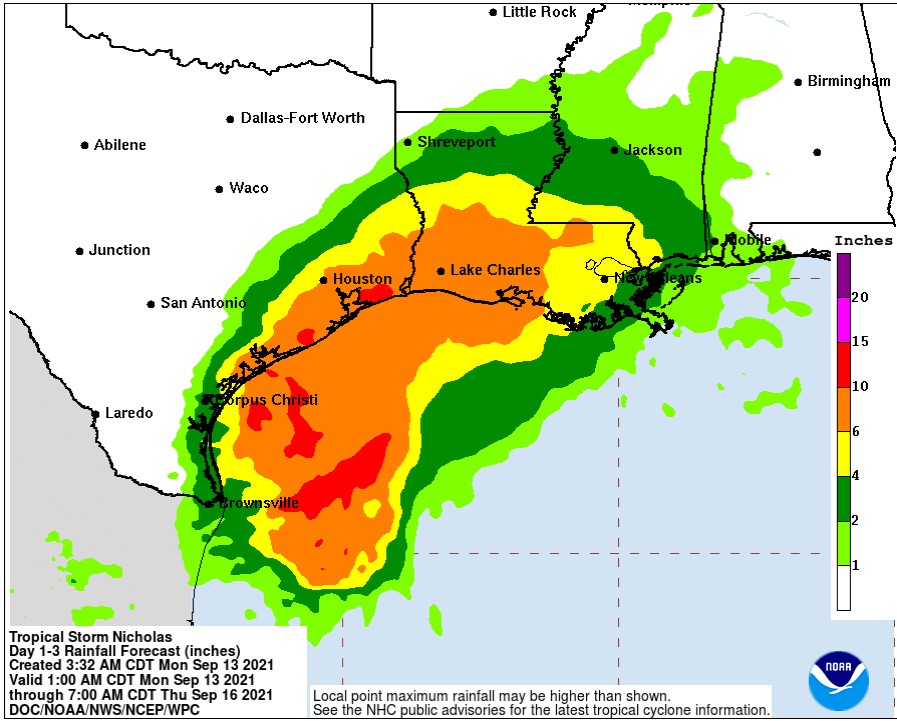 The deepest water will occur along the immediate coast in areas of onshore winds, where the surge will be accompanied by large and dangerous waves. Surge-related flooding depends on the relative timing of the surge and the tidal cycle, and can vary greatly over short distances. 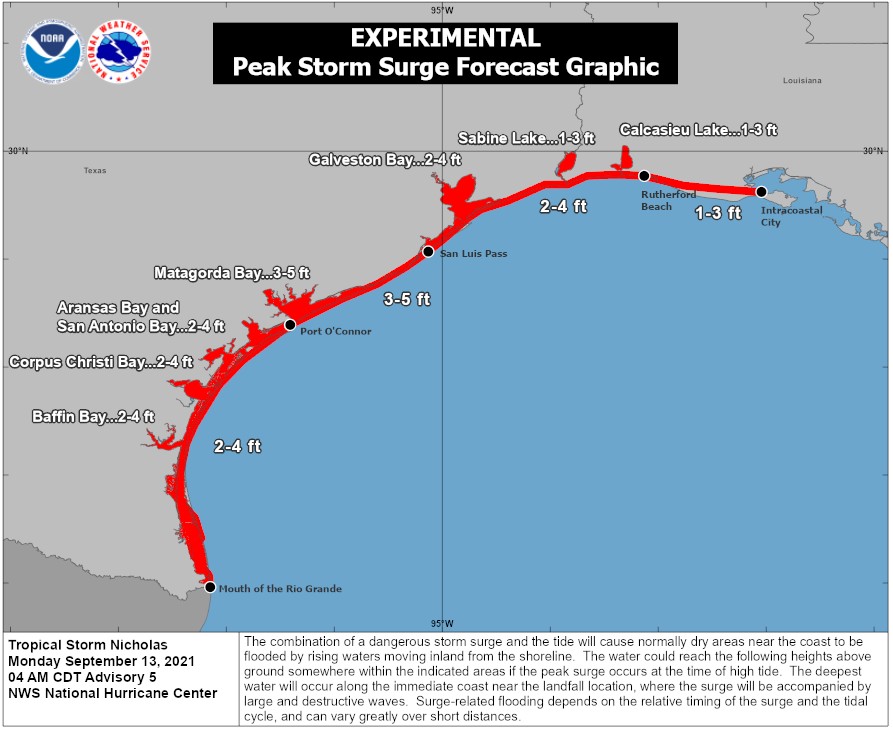 A tornado or two will be possible today into tonight across the Texas coast.

Swells generated by Nicholas will continue affecting portions of the northwest Gulf coast through Tuesday.