Since October 2017 there have been 10 seismic series with similar characteristics in this area of the island of La Palma.

"The occurrence of events of this type in an active volcanic zone is within normality and does not present any risk to the population," the Spanish National Geographic Institute (IGN) said.1

Only 15 earthquakes (M0.9 – 2.6) have been detected on the island during the entire month of August. 10 of these earthquakes have been part of a small seismic series that occurred on August 27 and 28 located in the south of the island. 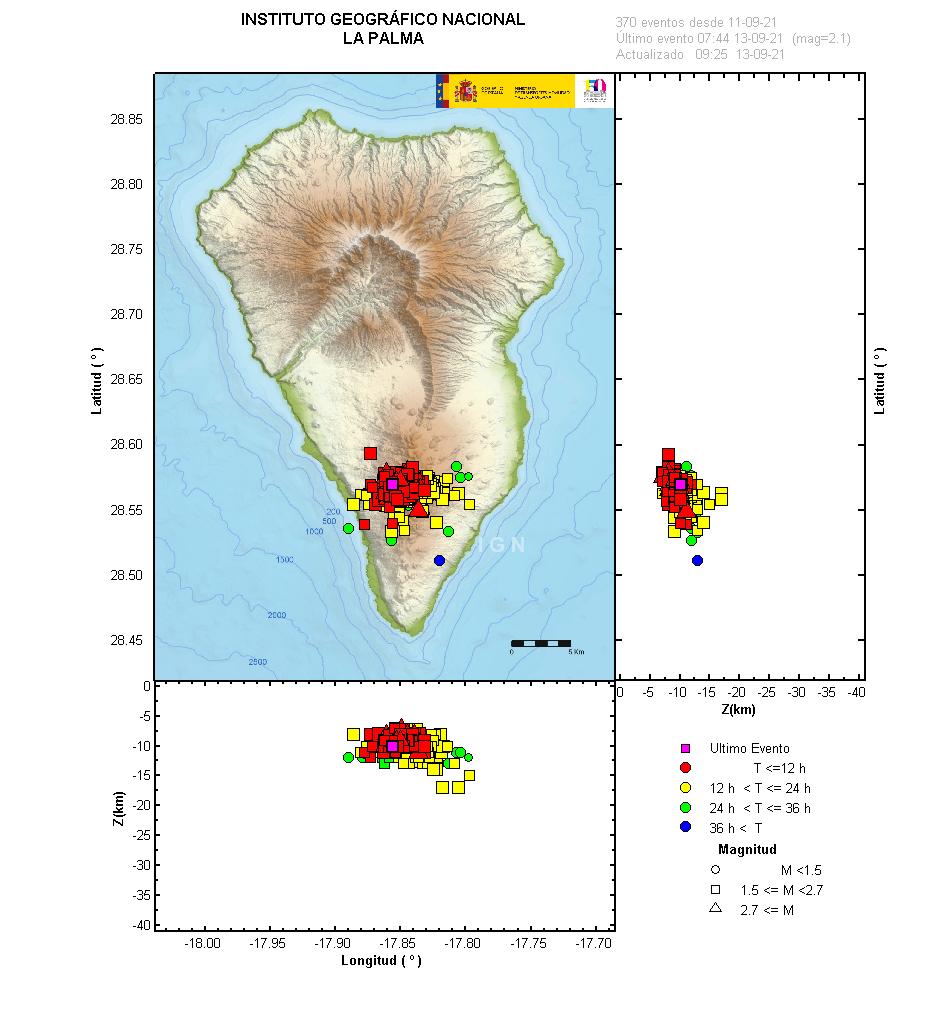 Shallow depths suggest that new magma is currently intruding into a reservoir under the volcano, volcanologist Dr. Tom Pfeiffer said.2

"Whether or not this might be leading up to new volcanic activity is impossible to say at this stage, as there seem not to be other signs of significant volcanic unrest at this stage."

"Without a doubt, the current seismic swarm represents a significant change in the activity of the volcano and is related to a process of magmatic intrusion beneath La Palma Island," the Volcanology Institute of the Canaries (INVOLCAN) said.5

"Our geochemical monitoring program for volcanic surveillance in La Palma has allowed us to detect in 2020 (16/09/2020), the highest emission value of helium-3 observed in La Palma over the past 30 years, and after this detection, not only the largest number of seismic swarms in La Palma since 2017 (7 of a total 10) but also a year before recording the most important seismic swarming of the 10 occurred in La Palma."

"For these reasons described above, the PEVOLCA Management has been advised to raise the volcanic light for La Palma from GREEN to YELLOW."

The Ministry of Public Administrations, Justice and Security, the Government of the Canary Islands convened the Scientific Committee of the Special Plan for Civil Protection and Attention to Emergencies due to Volcanic Risk (PEVOLCA) to assess the situation, and agreed to activate this Plan in a situation of Alert for Fuencaliente, Los Llanos de Aridane, El Paso and Mazo and the change of the traffic light from Green to Yellow for said municipalities.6