According to the Volcanological Institute of Canary Islands (INVOLCAN), the swarm consists of small-magnitude events at depths between 20 and 30 km (12.3 – 18.6 miles).

The epicenters are mainly on the western slope of Cumbre Vieja.

Since the beginning of the series, the maximum magnitude of the localized earthquakes is 2.3 mbLg. So far, the energy released in the form of earthquakes in the present series reaches a value of 6×109 Joules. 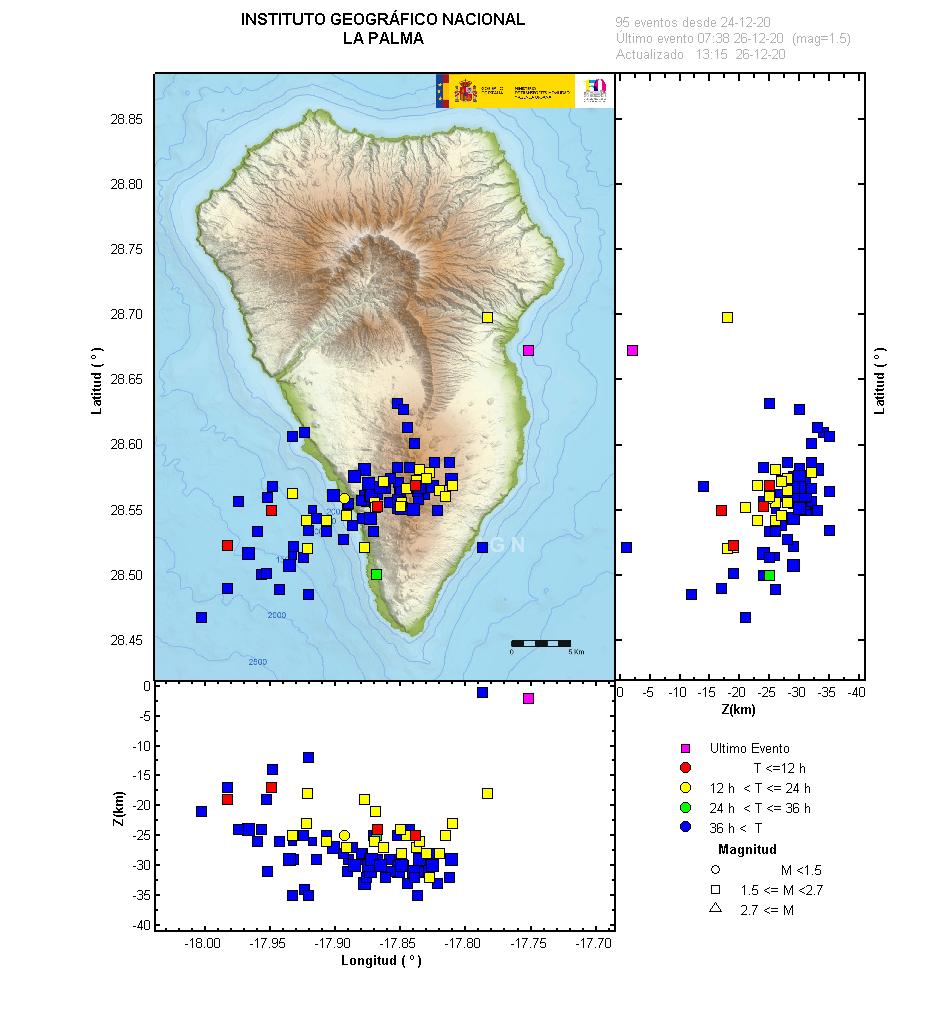 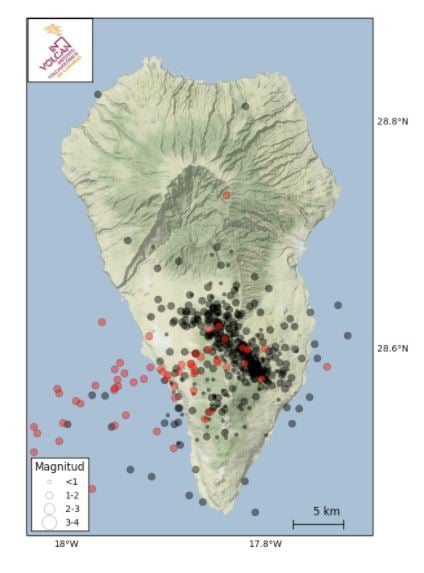 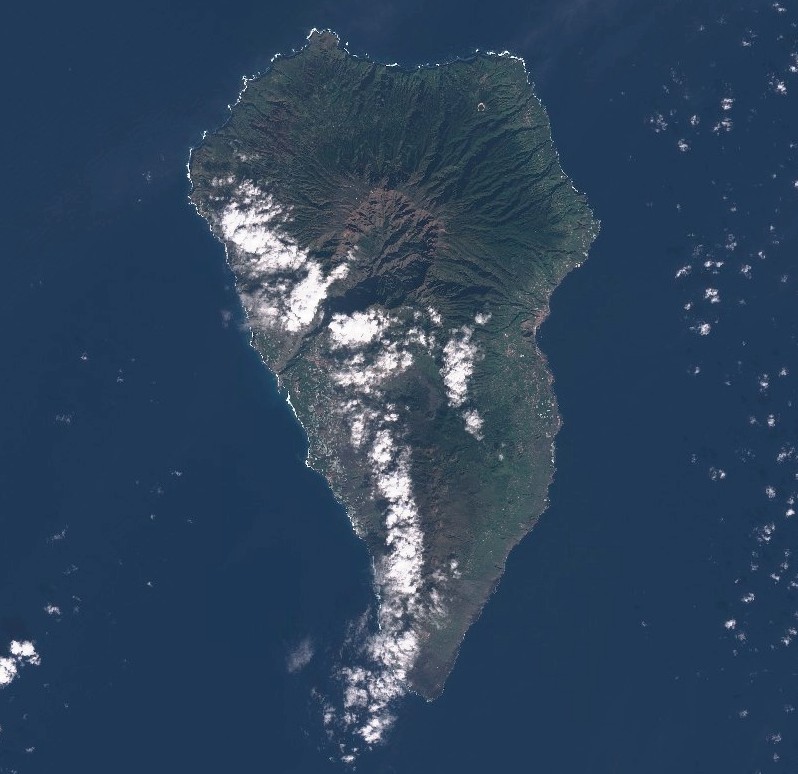 No significant horizontal and vertical displacements have been recorded over recent years.

This new seismic swarm does not pose a danger to residents and visitors to La Palma given the small magnitude and depth of earthquakes, the institute said. In the short and medium terms, it also does not reflect a significant change in volcanic activity. 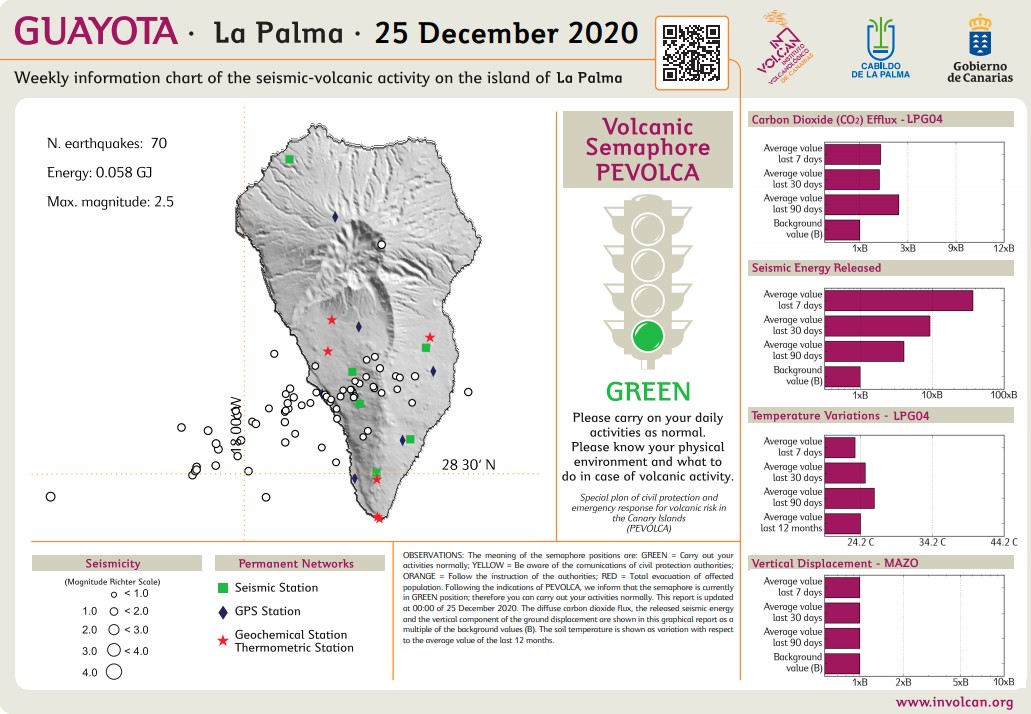