A partial cone collapse at Cumbre Vieja volcano at 08:25 UTC on October 25, 2021, exposed giant lava fountains with large emissions of gasses, ash, and lava. This was followed by very violent explosive activity starting around 13:30 UTC and the opening of a new vent with an impressive lava overflow at 14:00 UTC. The events were preceded by a significant increase in intermediate and deep seismicity on October 24, with an increase in magnitudes in the intermediate zone.

Only 3 quakes have been located at depths around 30 km (18 miles), with the rest located at shallower depths of around 12 km (7.4 miles).

The amplitude of the volcanic tremor signal has increased considerably, with numerous intensification pulses. 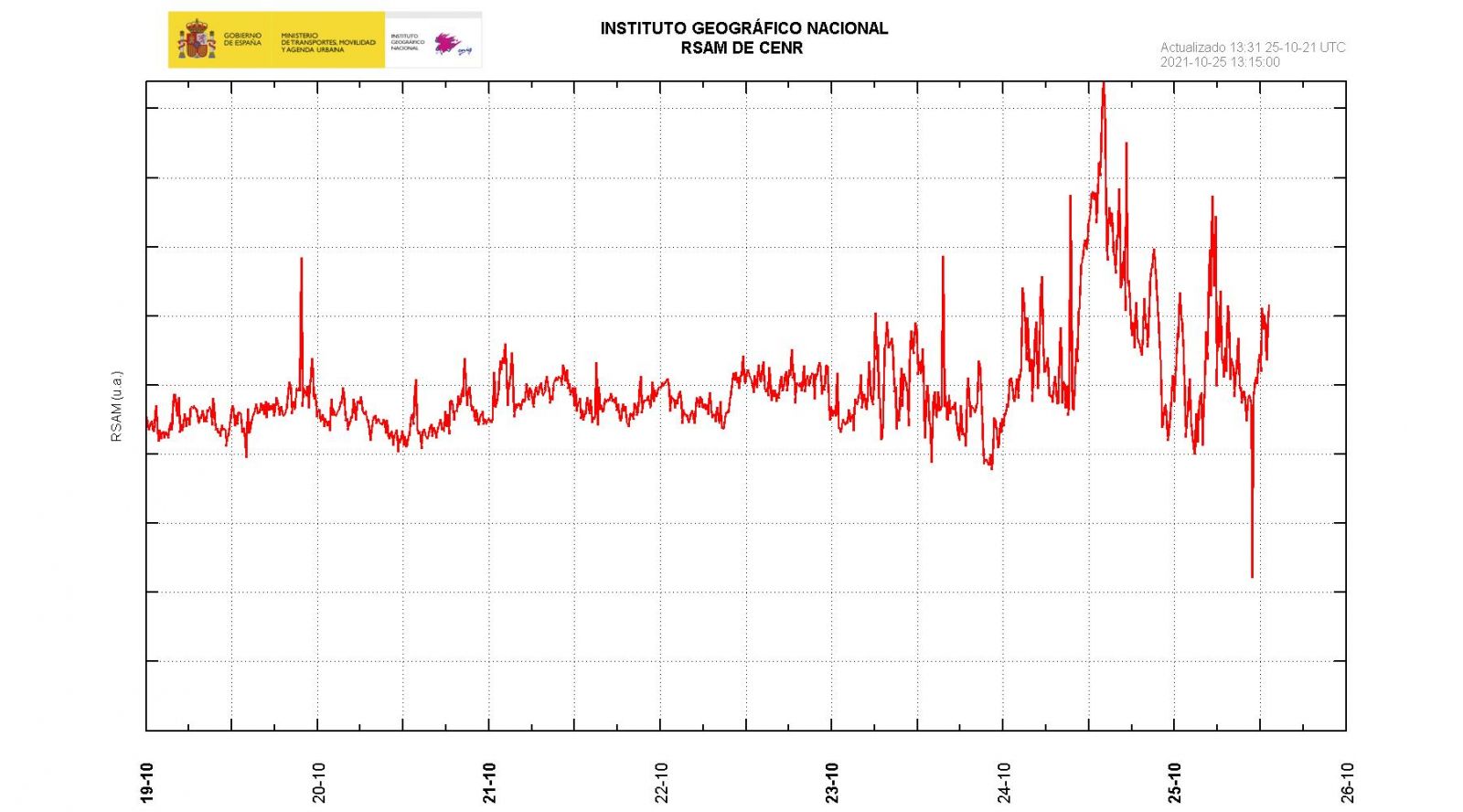 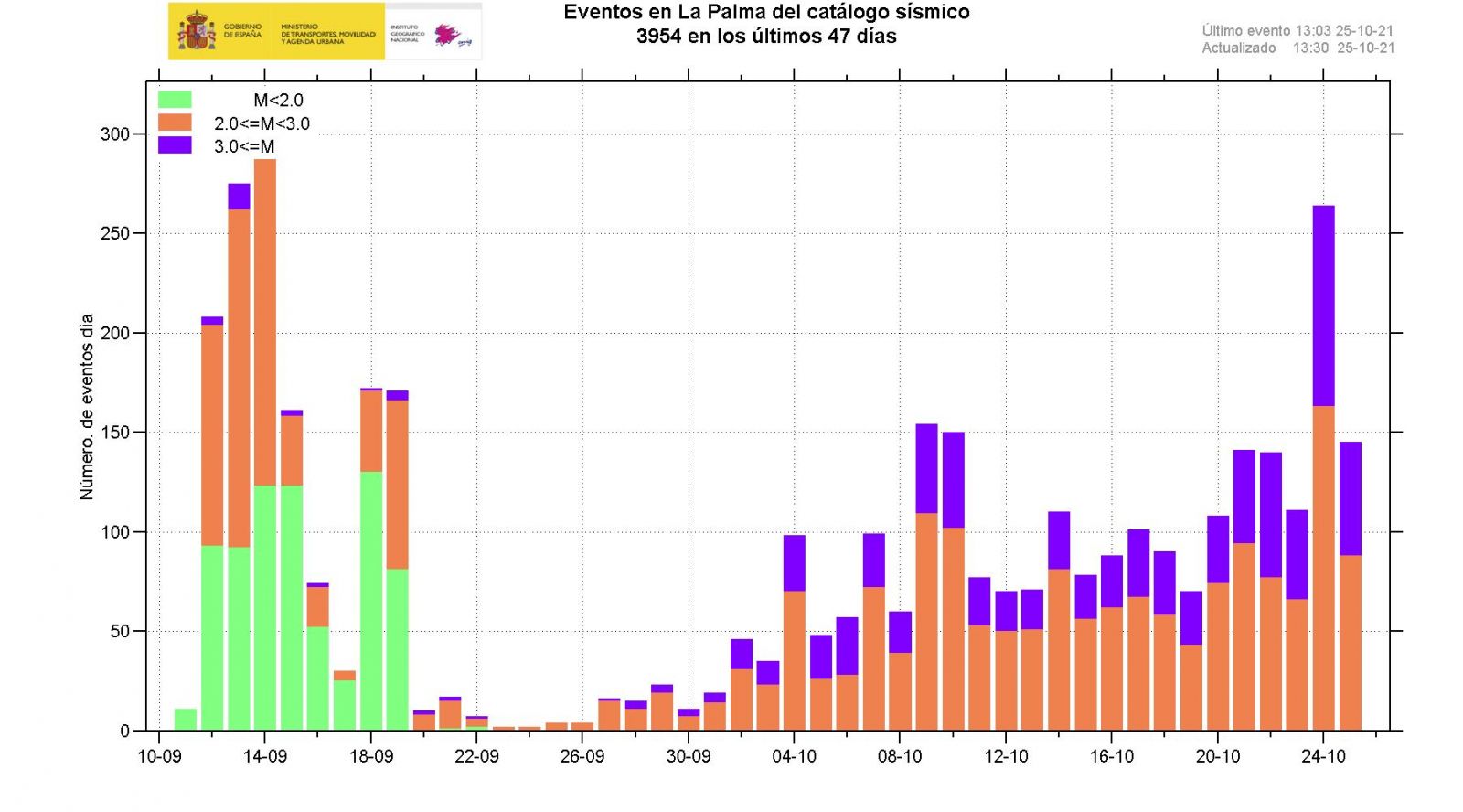 Giant lava fountains were observed after a partial cone collapse at 10:25 UTC on October 25, followed by a large emission of gases, ash and lava.

The volcano entered a phase of very violent explosive activity in the central went around 13:30 UTC.

Events described above are chronicled in the videos below:

La lava continúa saliendo a borbotones a las 12.30 (hora canaria) / The lava continues to gush out at 12.30 (Canary time) pic.twitter.com/VcPIoytT9c

Since September 11, earthquakes located beneath Cumbre Vieja have released an amount of energy equivalent to 500 tons of TNT. As a reference, the nuclear bomb that destroyed the Japanese city of Hiroshima had a power of 15 000 tons of TNT.

The location of earthquakes has not changed significantly over the past few weeks, suggesting that a scenario in which the magma was attempting to move another way and open other eruptive centers far from the current one is highly unlikely. 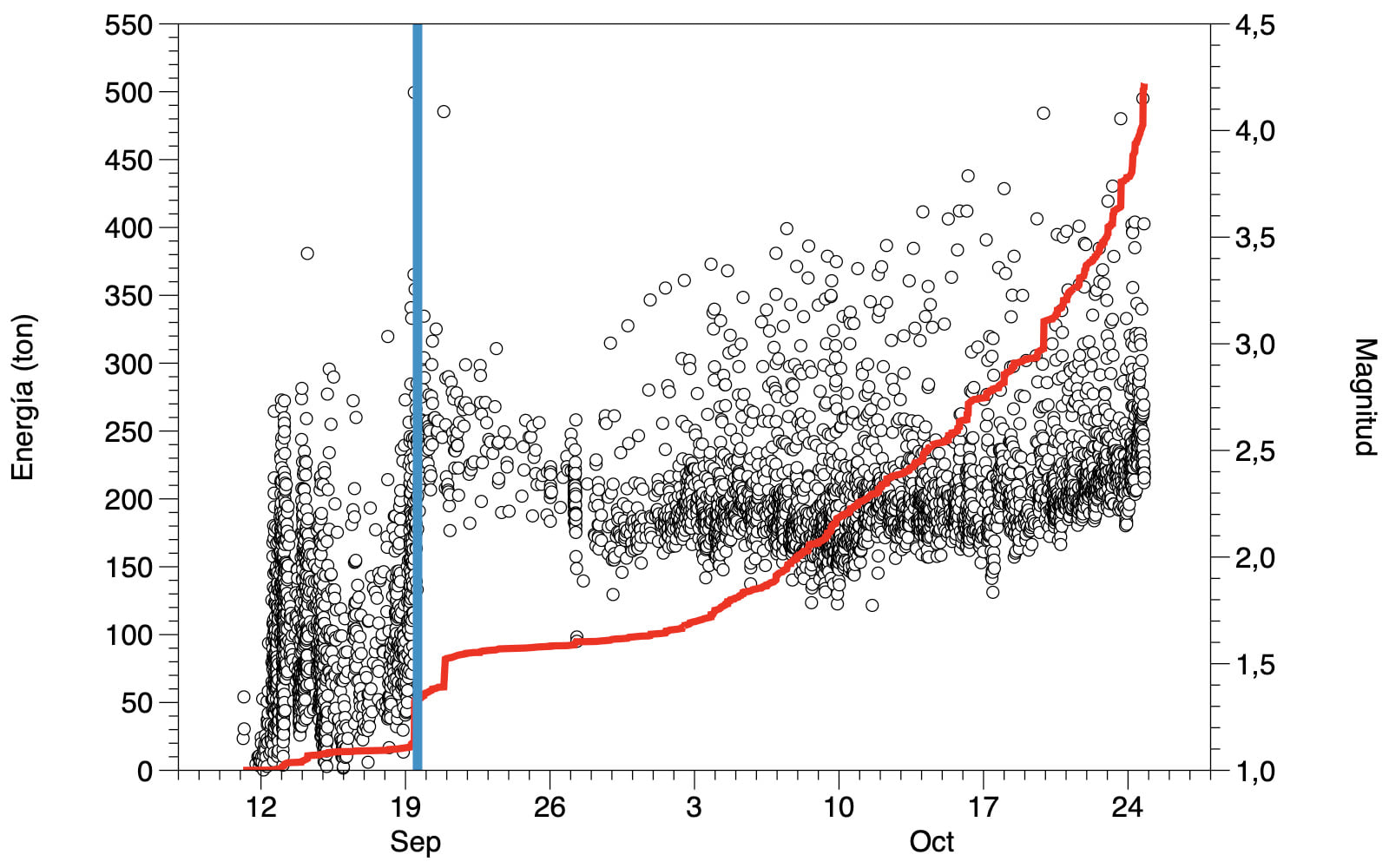 The blue lines indicates the start of the eruption. Image credit: INVOLCAN