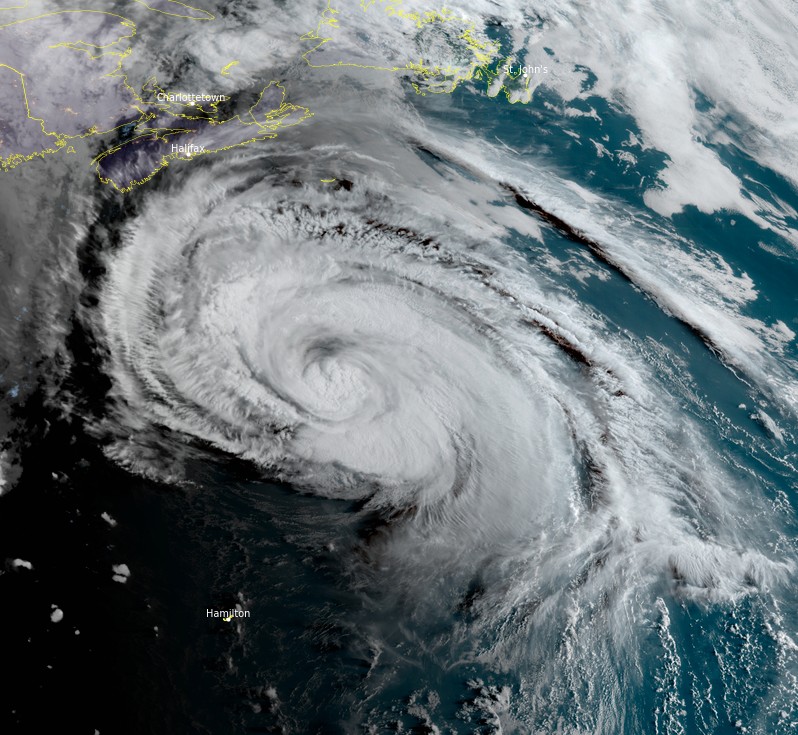 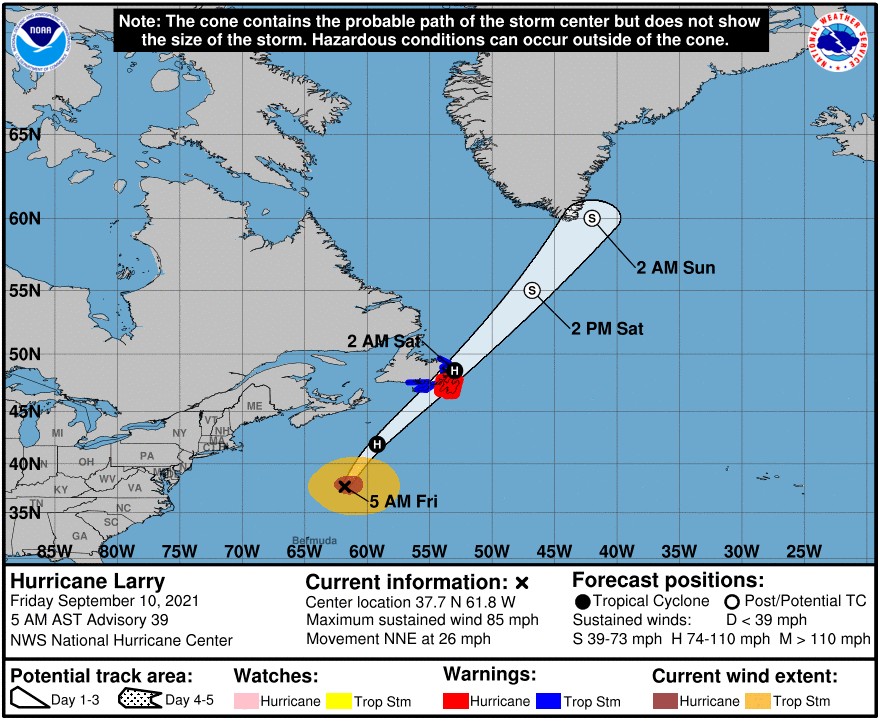 Larry is moving toward the north-northeast at a speed near 43 km/h (26 mph).

A turn to the northeast with a further increase in forward speed is expected today.

On the forecast track, the center of Larry will pass well southeast of Nova Scotia today, and move over southeastern Newfoundland tonight, NHC said.

Gradual weakening is forecast during the next day or so, but Larry is expected to remain a hurricane until it passes Newfoundland.

A dangerous storm surge is expected to produce coastal flooding within the warning areas in southeastern Newfoundland.

Swells generated by Larry will continue to affect the Bahamas today.

Significant swells from Larry will continue affecting Bermuda, the east coast of the United States, and Atlantic Canada through Saturday. These swells are likely to cause life-threatening surf and rip current conditions.

Larry should become an extratropical cyclone on Saturday, and is now forecast to be absorbed by a larger extratropical low near Greenland by the end of the weekend.