The USGS issued an Orange alert for shaking-related, indicating significant casualties are likely.

A Red alert was issued for economic losses – extensive damage is probable and the disaster is likely widespread. Estimated economic losses are less than 1% of GDP of Mexico. Past events with this alert level have required a national or international level response.

Overall, the population in this region resides in structures that are a mix of vulnerable and earthquake-resistant construction. The predominant vulnerable building types are mud wall and adobe block with concrete bond beam construction.

A 50 cm (20 inches) high tsunami wave was recorded over the coast of Acapulco City.

One person was killed by a falling post in the town of Coyuca de Benitez near Acapulco.

The government offices in Guerrero suffered structural damage and broken windows, along with other public and private buildings, the state's governor, Hector Astudillo, said. 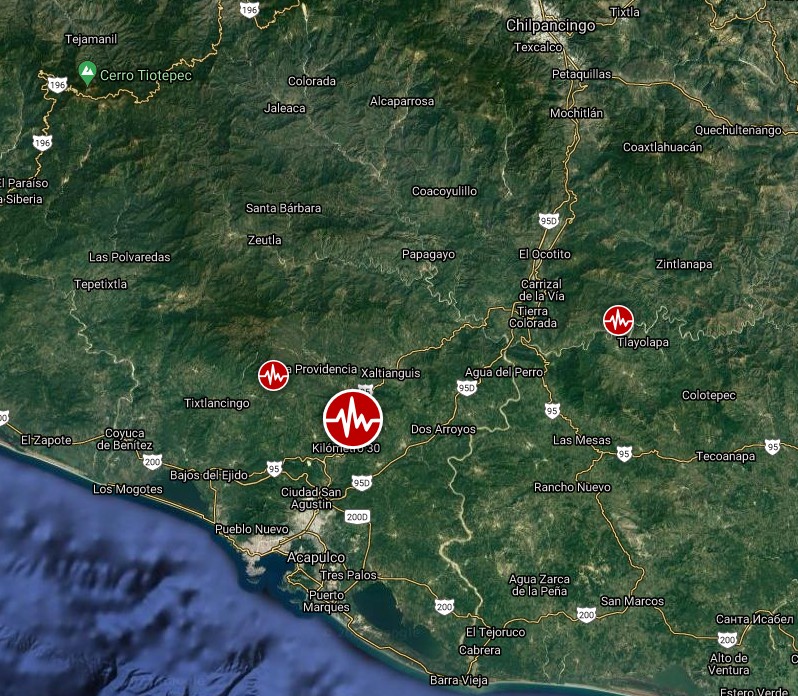 The earthquake resulted from thrust faulting on the subduction zone where the Cocos plate dives down into the mantle beneath the North America plate and Central America, USGS said.

Large earthquakes in the region are common, it added.

This earthquake occurred along a segment of the Middle America subduction zone that is thought capable of producing magnitude 8 or greater earthquakes, and that has not hosted an event larger than magnitude 7 since 1911. 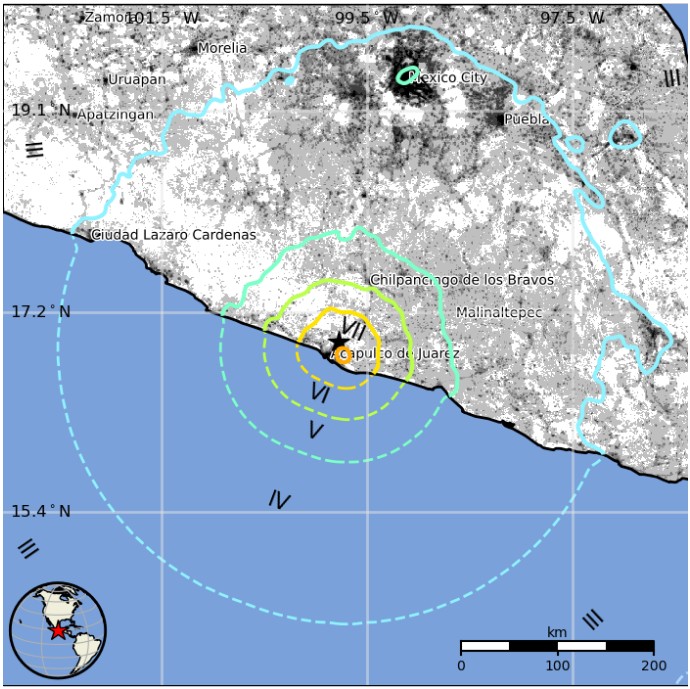 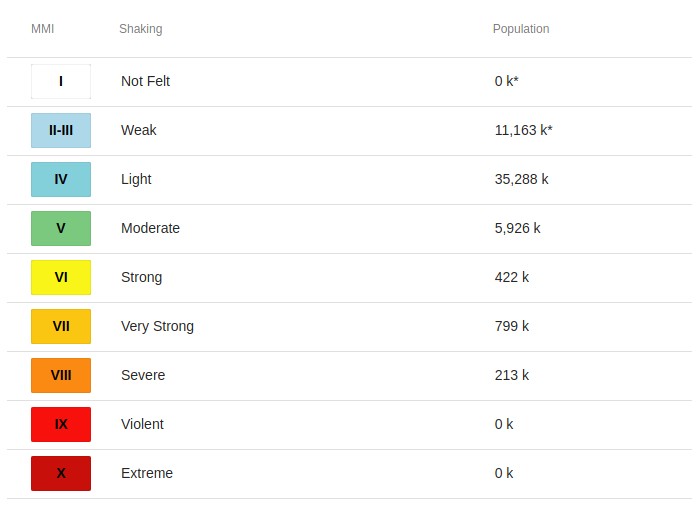 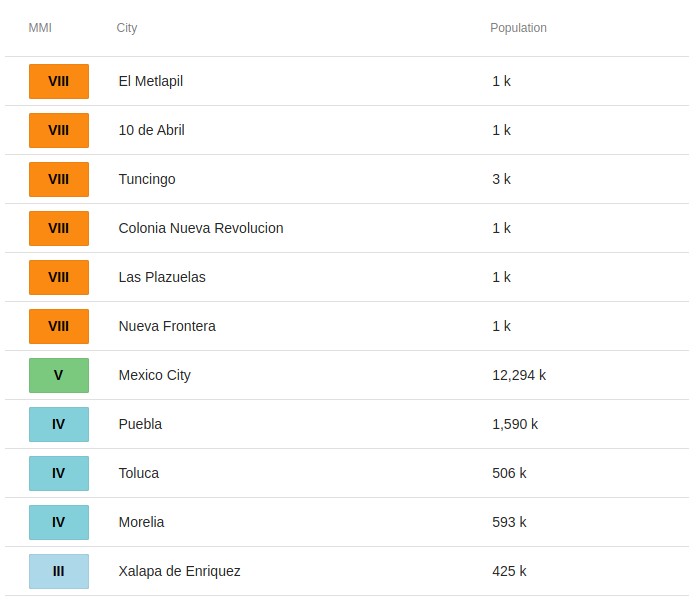 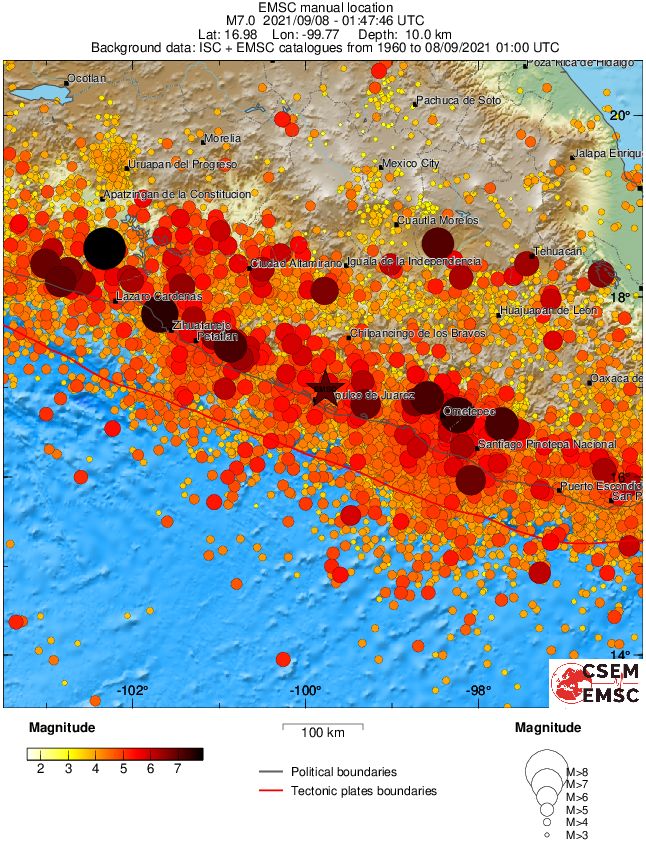