Tropical Depression "Grace" is approaching the southern coast of the Dominican Republic and Haiti, rising the threat of flash flooding and mudslides across Hispaniola today.

A Tropical Storm Watch is in effect for the entire coast of the Dominican Republic and Haiti.

A W to WNW motion is expected over the next several days with little change in strength during the next day or so. 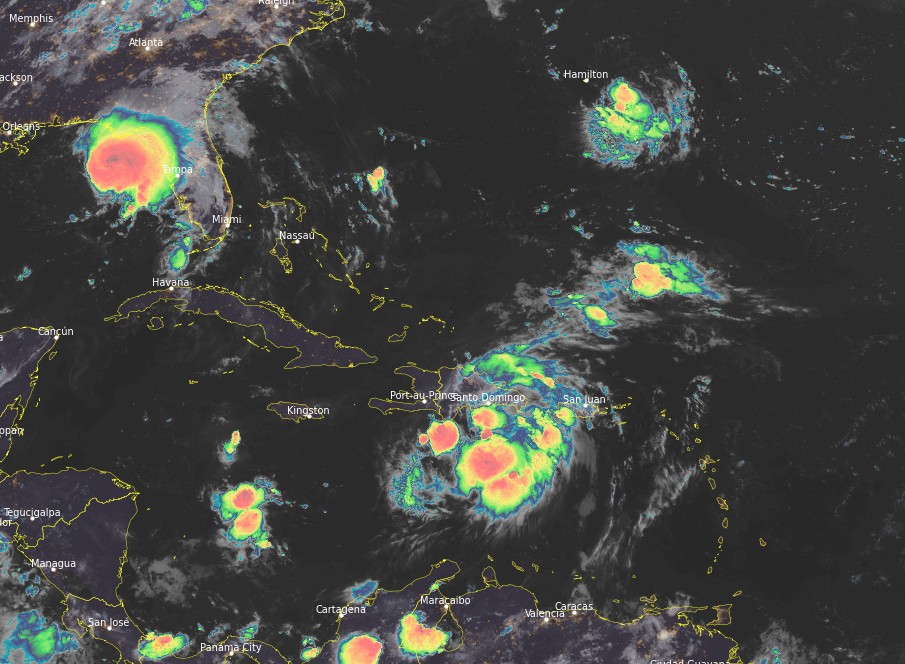 Slow strengthening is expected to begin by Tuesday, August 17.

"The evolution of the forecast track of Grace is having major implications on the future intensity of the cyclone," NHC forecaster Latto noted early Monday morning.

"It is becoming more likely that the system will track over only the southern portion of Hispaniola, which would result in a lesser disruption of Grace's circulation.

"Furthermore, the more southern track would bring the cyclone over the warm waters of the northwestern Caribbean beginning on Tuesday." 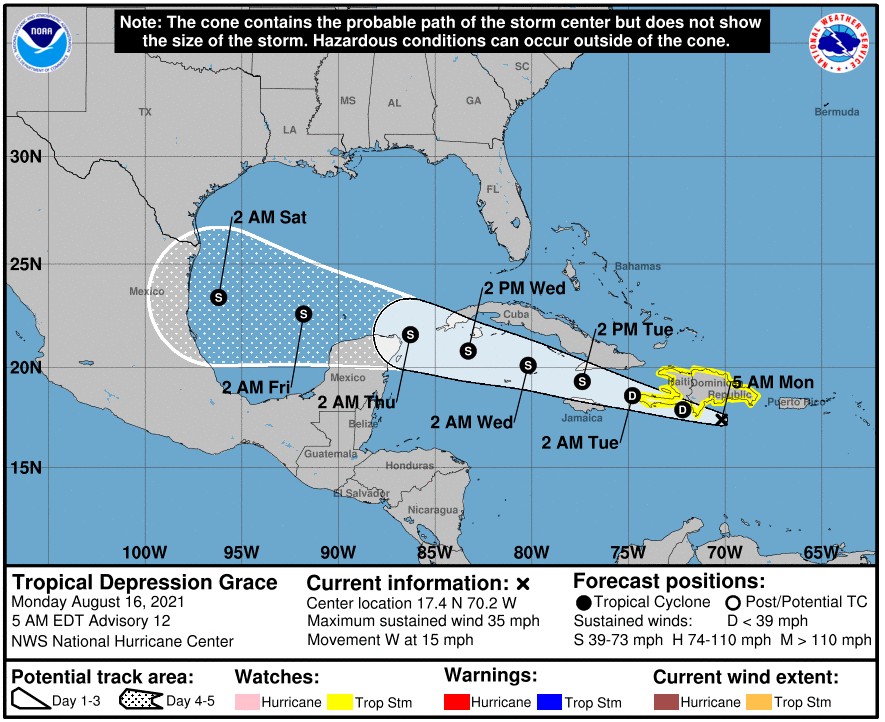 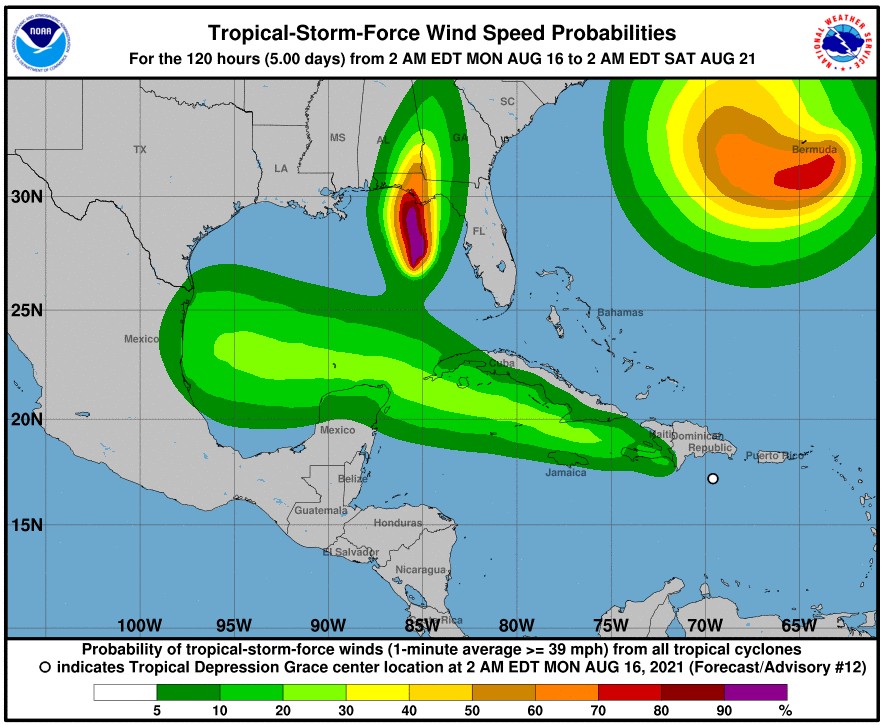 By midweek, Grace may interact with the Yucatan Peninsula, which should limit strengthening or perhaps weaken the system depending on the track.

Once over the western Gulf of Mexico, some additional strengthening is expected, although the wind shear is forecast to increase slightly during that time frame.

According to the NHC, the system is expected to produce the following rainfall amounts:

Over Haiti and the Dominican Republic, 125 – 250 mm (5 to 10 inches) of rain with isolated maximum totals of 380 mm (15 inches) are expected across the southern terrain areas through Tuesday. This heavy rainfall may lead to flash and urban flooding, and possible mudslides.

Over Cuba, Jamaica, and the Cayman Islands, Grace is expected to produce 50 to 100 mm (2 to 4 inches) of rain, with isolated maximum totals of 150 mm (6 inches) expected through Thursday, August 19.

Swells generated by Grace will continue to affect portions of Hispaniola and Puerto Rico over the next day or so, and will spread westward to Jamaica and the southern portions of Cuba.

Search and rescue operations are still in progress in Haiti after the violent M7.2 earthquake on August 14.