The National Hurricane Center (NHC) has started issuing advisories for Potential Tropical Cyclone Six in the Caribbean Sea. The disturbance is likely to become a tropical storm later today or tonight, August 11, 2021, and be named Fred.

On the forecast track, the system is expected to pass near or over the U.S. Virgin Islands and Puerto Rico later today and tonight, be near or over Hispaniola on Wednesday, August 11 and be near the southeastern Bahamas and the Turks and Caicos Islands Thursday, August 12. 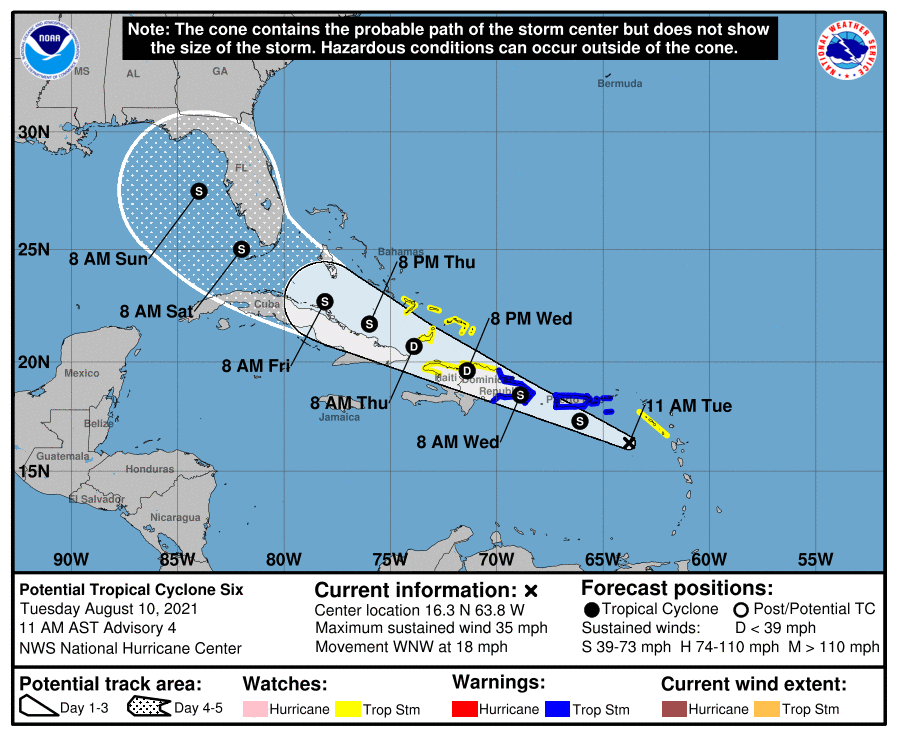 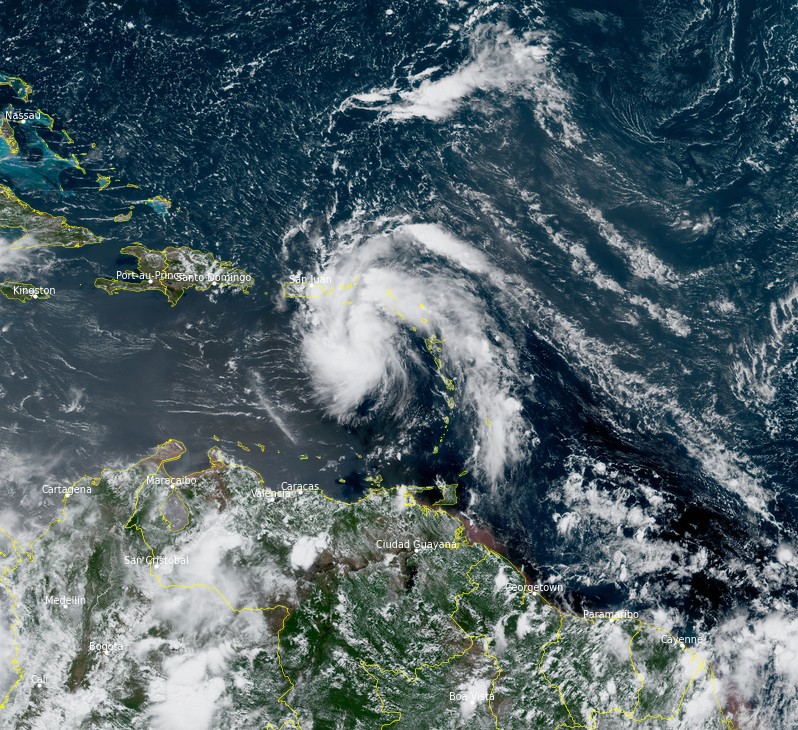 A Tropical Storm Warning is in effect for

A Tropical Storm Watch is in effect for

Gradual strengthening is forecast during the next day or so and the disturbance is expected to become a tropical storm later today or tonight.  Some weakening is likely while the system interacts with Hispaniola on Wednesday.

Dr. Levi Cowan of Tropical Tidbits shares his analysis of this system: