Eruptive events that took place in 2021 have accumulated significant amounts of pyroclastic material and lava layers on the cone of the Southeast Crater – the youngest and most active of the four summit craters of Etna, leading to a significant transformation of the shape of the volcano, INGV-OE reports.1

Thanks to the analysis and processing of satellite images, the Southeast Crater reached 3 357 m (11 014 feet) and is now far taller than its 'older brother' – the Northeast Crater, an undisputed summit of Etna for 40 years.

This historical data, which has a 3-meter (9.8 feet) uncertainty, was obtained through the processing of two Pléiades satellite images acquired on July 13 and 25, 2021, as part of the international partnership with Geohazard Supersites and Natural Laboratories (GSNL/), allowing Etna's digital surface model (DSM) to be updated.

From the digital model obtained, the highest point of the volcano is now on the northern edge of the South-East Crater at 3 357 (± 3 m). 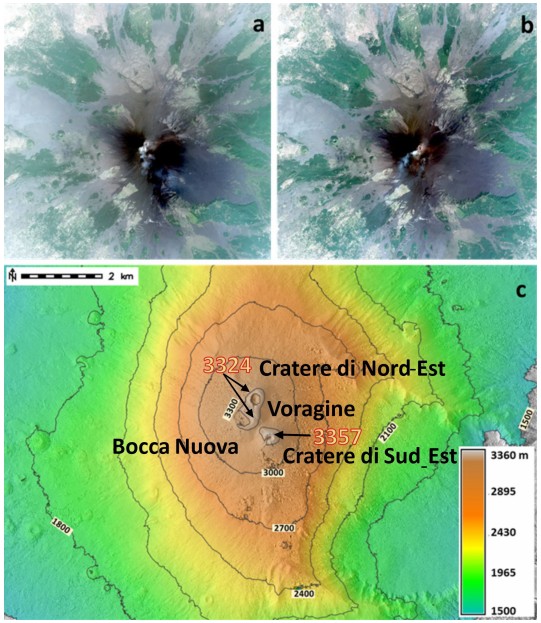 This record, however, has now been surpassed by the Southeast Crater cone and today Etna has a new summit.