Typhoon "In-Fa" — the 6th named storm of the 2021 Pacific typhoon season — is approaching Okinawa, Japan on its way toward Taiwan and China. In-Fa will continue strengthening today and possibly rapidly intensify by July 22 while passing south of Okinawa. The current forecast track takes it along the northern tip of Taiwan on July 23 and into mainland China by July 25.

The typhoon will continue its westward track through 09:00 UTC on July 23 under the influence of the steering ridge, according to JTWC.

The system will intensify only slightly over the next 6 hours due to a slight increase in vertical wind shear and the entrainment of dry air along the southern and southeastern periphery of the system. After that, a repositioning of the upper-level ridge positioned to the north of the system will allow for enhanced poleward outflow. 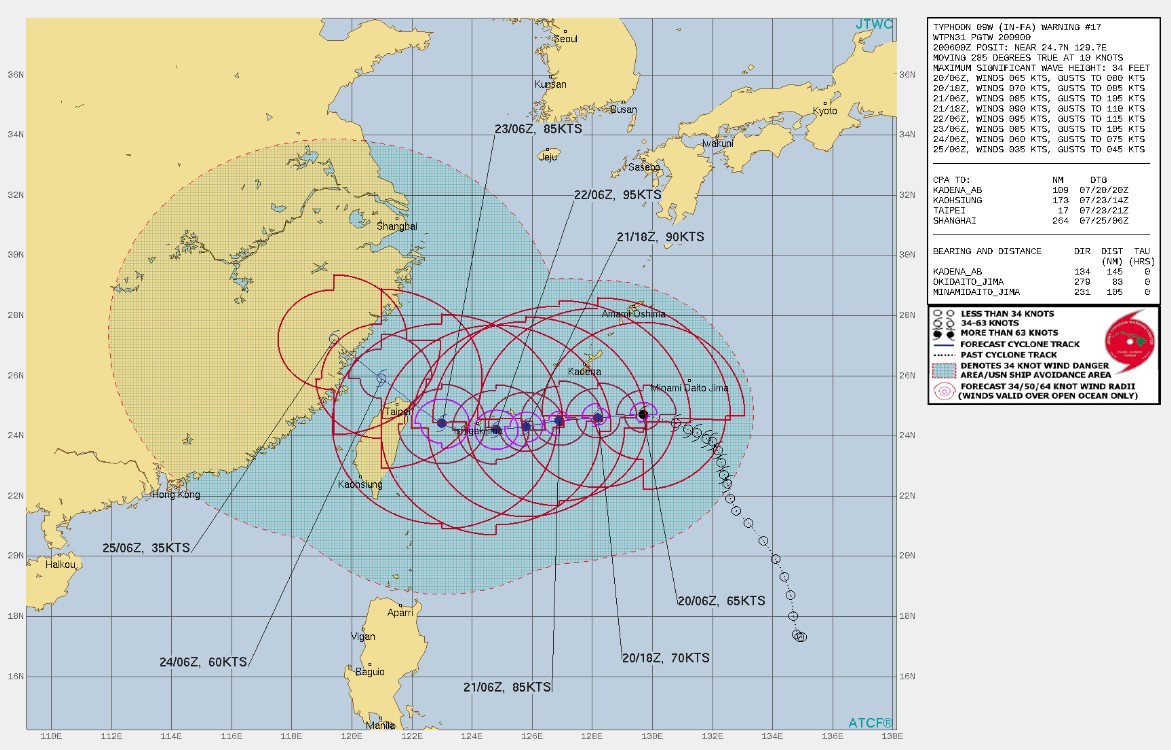 This repositioning, along with decreasing vertical wind shear and continued warm sea surface temperatures, will allow In-Fa to intensify, possibly rapidly, to 175 km/h (110 mph) by 09:00 UTC on July 22 at which time it will have passed south of Okinawa, Japan.

The system will then gradually weaken to 160 km/h (100 mph) by 09:00 UTC on July 23 due to an erosion of the favorable upper-level pattern. Thereafter, the typhoon will begin a northwestward track as it begins to round the steering ridge.

This track will bring it along the northern tip of Taiwan on July 23 and into mainland China late July 24 or early July 25 (UTC). 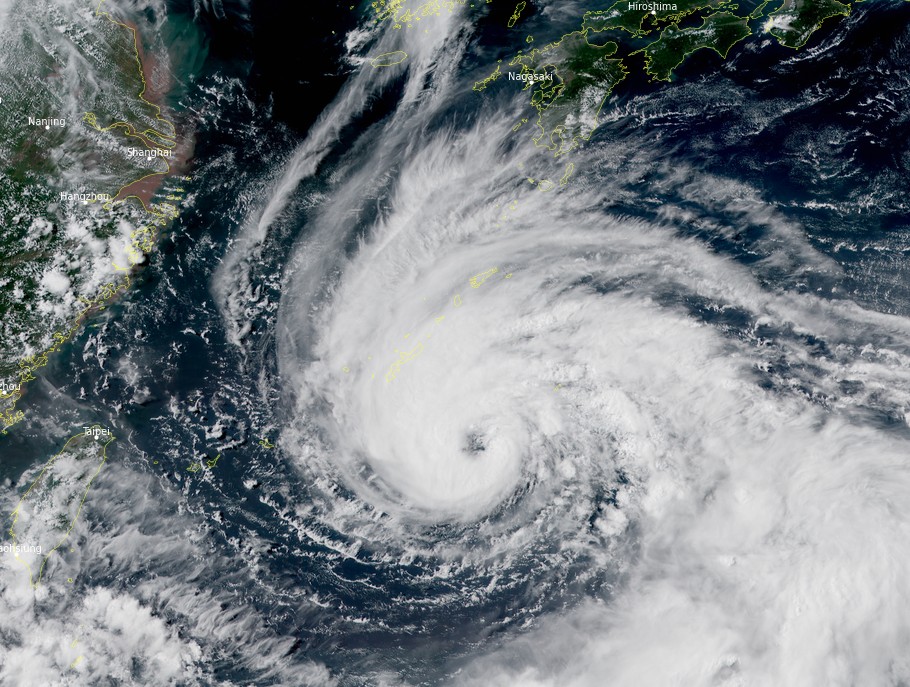