Typhoon "Cempaka" — the 7th named storm of the 2021 Pacific typhoon season — is slowly approaching China's Guangdong Province where it's expected to make landfall on July 20, 2021.

The minimum central barometric pressure was 992 hPa and the system was almost stationary.

The typhoon is forecast to continue moving NW and make landfall shortly after 15:00 UTC along the southeastern Chinese coast near Yangjiang, Guangdong.

After 15:00 UTC on July 21, Cempaka is expected to begin making a tight left U-turn tracing the west coast of Leizhou Peninsula into the eastern tip of Hainan before exiting back into the South China Sea, JTWC said. 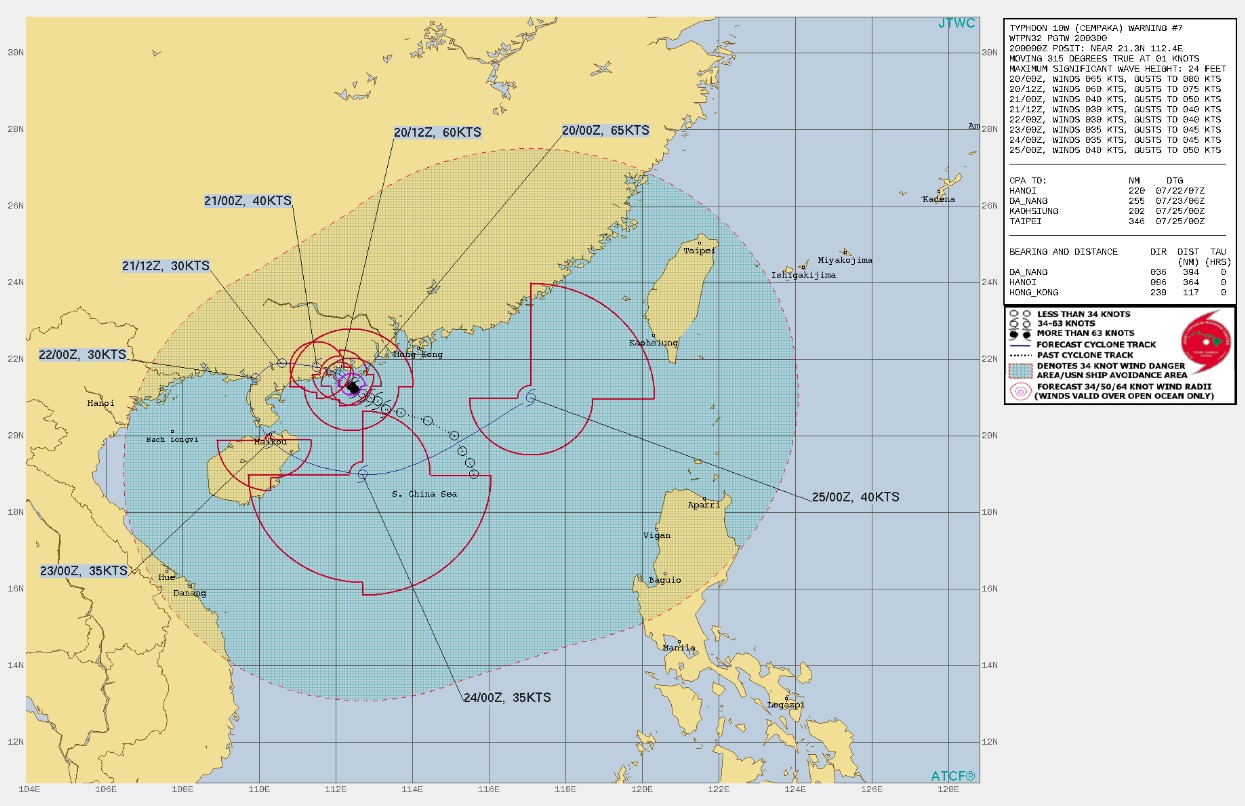 By July 25, Cempaka will be accelerating northeastward in the middle of the South China Sea between Hong Kong and Luzon, Philippines.

Land interaction with the rugged Chinese interior will rapidly decay the cyclone down to 55 km/h (34 mph). However, increased moisture from the Gulf of Tonkin will revive it and by July 25 it will be up to 75 km/h (45 mph).

In preparation for the storm, the Hong Kong Observatory issued a Signal No.3 warning, indicating wind speeds up to 60 km/h (40 mph).

The typhoon is expected to bring heavy rains to the SE portions of China through much of this week.

The provinces of Guangdong, Guangxi, and Hainan can expect widespread rainfall up to 200 mm (8 inches), with isolated 500 mm (20 inches) in places through Friday, July 23. 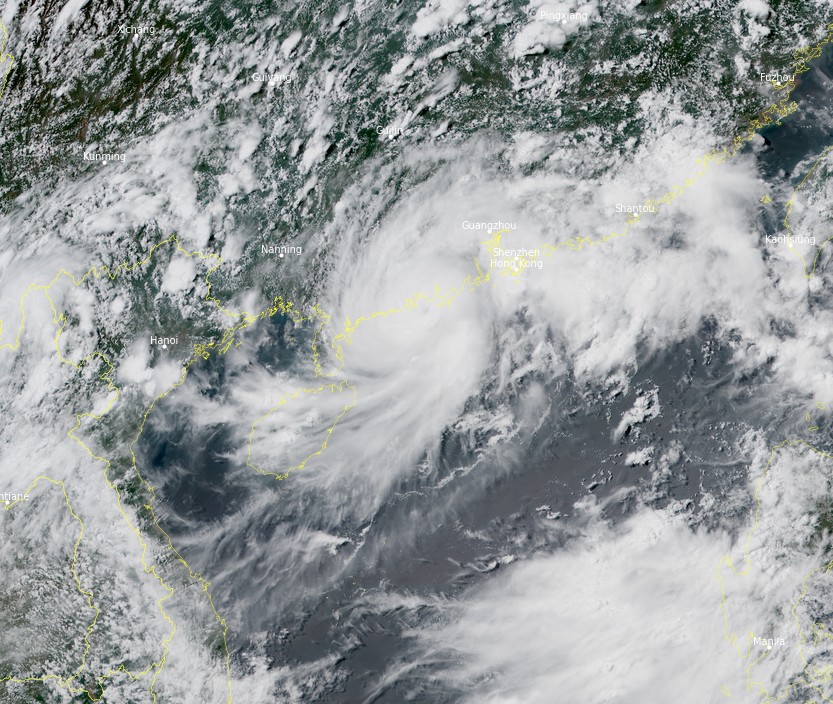