An EF-2 tornado touched down on the west side of Dexter, Missouri on July 10, 2021, and moved through the city. This is the first EF-2 or stronger tornado in the month of July since 1971 across all 58 Paducah NWS forecast areas.

At least 150 homes were damaged, according to the National Weather Service (NWS) preliminary survey results.

One of them sustained major loss of roof decking and 6 or fewer had major damage mainly due to fallen trees. Most of the damage was the loss of shingles, facia, and siding.

Several mobile homes were badly damaged or destroyed and one mobile home was flipped on its roof.

Several garages were blown from their foundation and at least three large buildings sustained major damage, including at least three with major loss of roof structures.

A hospital sustained major damage with several windows blown in, ceiling panels blown down, and one attached structure blown away from the hospital.

Several vehicles at the hospital had their windows blown out or were otherwise damaged from flying debris.

The twister snapped or uprooted hundreds of trees. 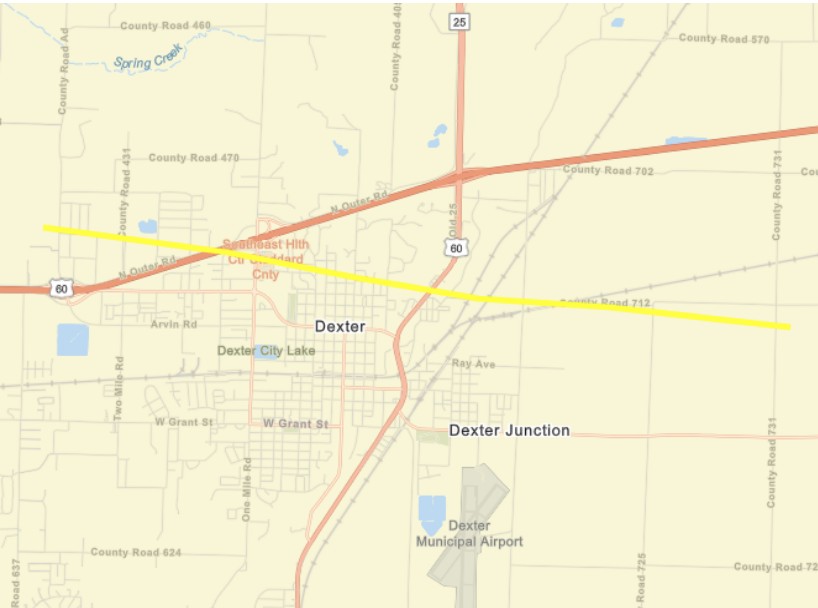