Tropical Storm "Surigae" — known as Bising in the Philippines — formed at 18:00 UTC on April 14, 2021, as the second named storm of the 2021 Pacific typhoon season. The storm is intensifying as it moves close to Yap on its way toward the Philippines.

Tropical storm watches and warnings were issued for Yap, Federated States of Micronesia, as well as for Koror and Kayangel in Palau, and Ngulu Atoll on April 14.

The minimum central barometric pressure was 990 hPa, and the system is almost stationary. 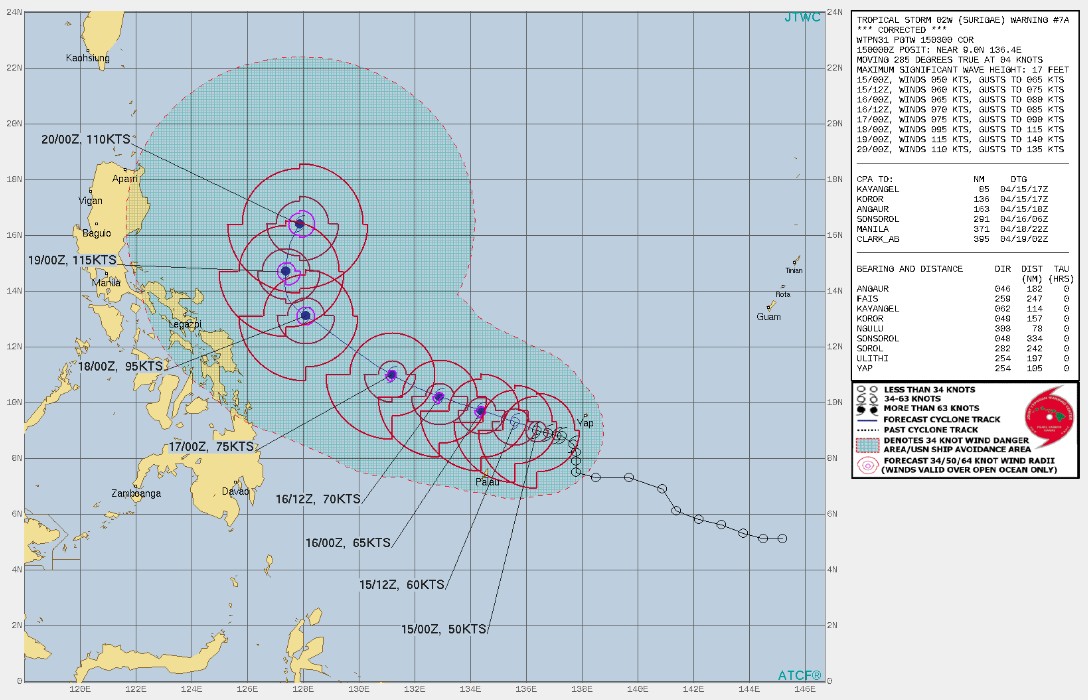 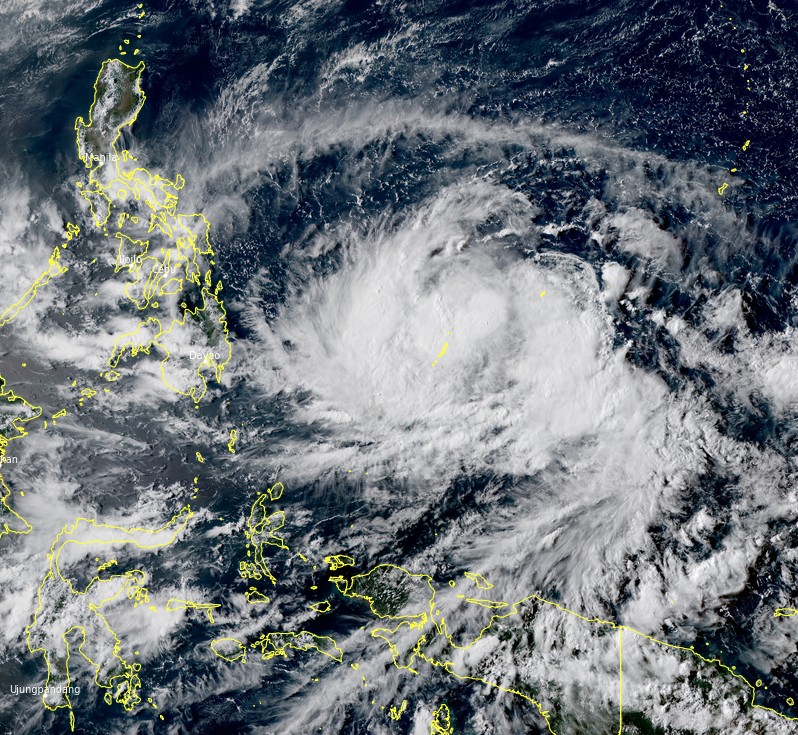 Surigae is forecast to gradually accelerate while moving west-northwestward until Sunday, April 18, and then turn northward by Monday, April 19, according to PAGASA.

It is forecast to enter the Philippine Area of Responsibility (PAR) between tonight and tomorrow morning (LT).

The storm is forecast to reach typhoon category in the next 36 hours and may continuously intensify.

The domestic name "Bising" will be assigned to this tropical cyclone once inside the PAR.

The public and disaster risk reduction and management offices in the Philippines, especially those situated over the eastern portions of Southern Luzon and the Visayas, are advised to continuously monitor for updates on this tropical cyclone.

Considering the uncertainty in the track forecast of this tropical cyclone, a westward shift in the current forecast track may result in potentially significant impacts over the aforementioned areas over the weekend (April 17 – 18) and into Monday.

The international name Surigae was contributed by the Democratic People’s Republic of Korea (North Korea) which means a kind of eagle.