The Alaska Volcano Observatory (AVO) has raised the Aviation Color Code for Cleveland volcano to Yellow and the Volcano Alert Level to Advisory at 21:44 UTC on March 20, 2021.

Satellite detections of increased volcanic gas emissions and elevated surface temperatures have been observed at Cleveland Volcano beginning on March 17, 2020.

In addition, a local earthquake occurred on March 10 and it was large enough to be measured on seismometers 100 km (62 miles)away on Umnak Island.

These data indicate a potential for increased eruptive activity at Cleveland.

As a result, AVO has raised the Aviation Color Code to YELLOW and the Volcano Alert Level to ADVISORY. 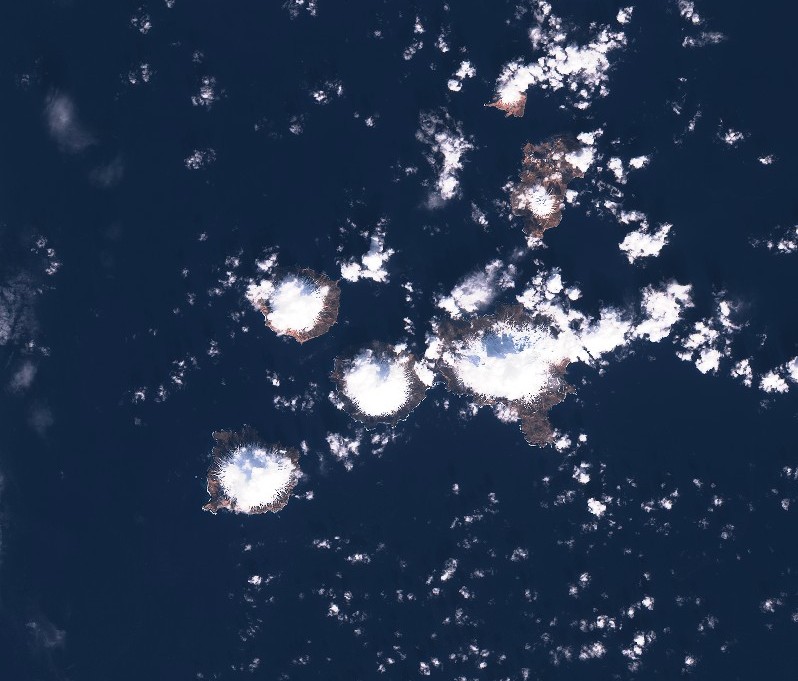 Cleveland is joined to the rest of Chuginadak Island by a low isthmus. The 1730 m (5 675 feet) high Mount Cleveland is the highest of the Islands of the Four Mountains group and is one of the most active of the Aleutian Islands.

The native name for Mount Cleveland, Chuginadak, refers to the Aleut goddess of fire, who was thought to reside on the volcano.

In 1944 Cleveland produced the only known fatality from an Aleutian eruption.

Recent eruptions have been characterized by short-lived explosive ash emissions, at times accompanied by lava fountaining and lava flows down the flanks. (GVP)