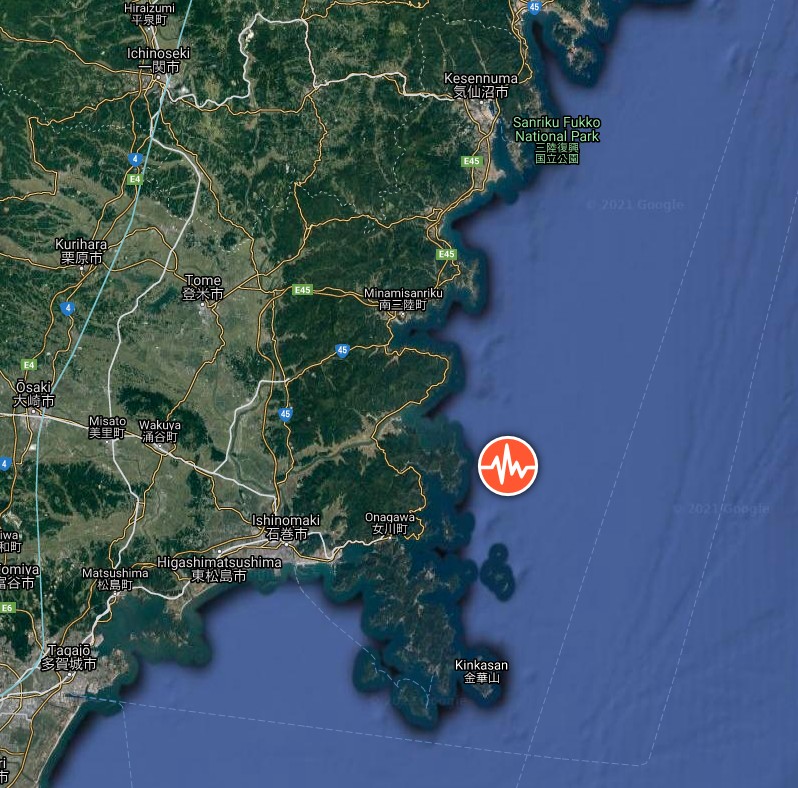 JMA has issued a Tsunami Advisory and Forecast for the nearby coasts. Waves up to 1 m (3.3 feet) high are expected. 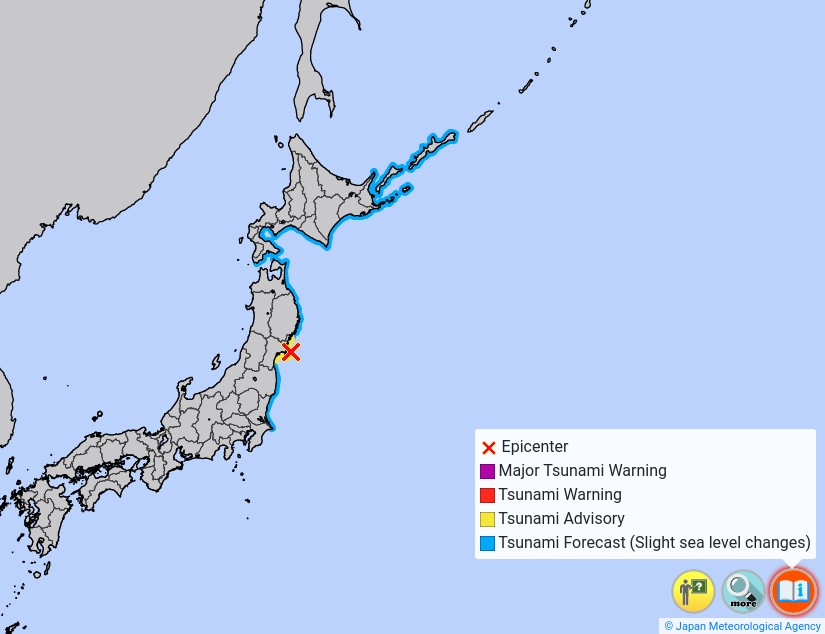 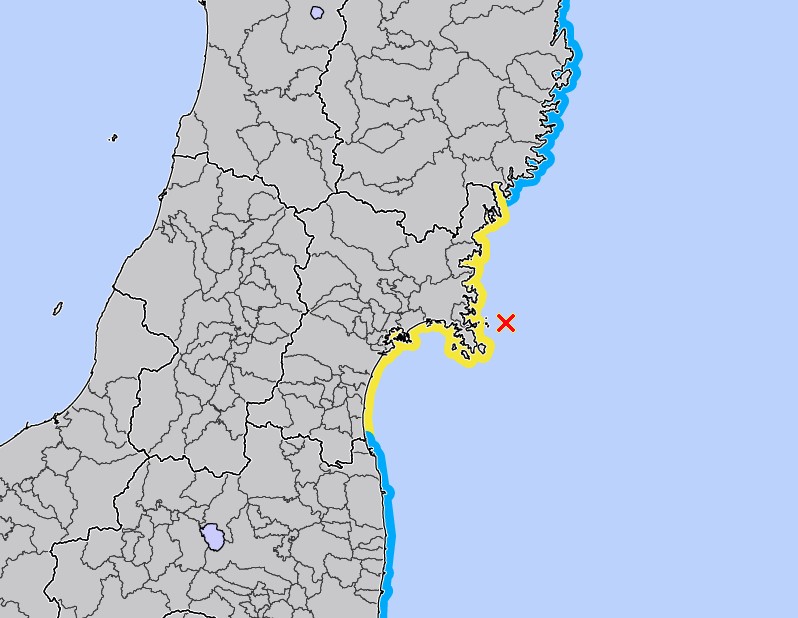 Based on the preliminary earthquake parameters, hazardous tsunami waves are possible for coasts located within 300 km (186 miles) of the earthquake epicenter, PTWC said.

A tsunami is a series of waves. The time between wave crests can vary from 5 minutes to an hour. The hazard may persist for many hours or longer after the initial wave.

Impacts can vary significantly from one section of coast to the next due to local bathymetry and the shape and elevation of the shoreline. Impacts can also vary depending upon the state of the tide at the time of the maximum tsunami waves. Persons caught in the water of a tsunami may drown, be crushed by debris in the water or be swept out to sea.

Overall, the population in this region resides in structures that are resistant to earthquake shaking, though vulnerable structures exist. The predominant vulnerable building types are heavy wood frames and reinforced/confined masonry construction. 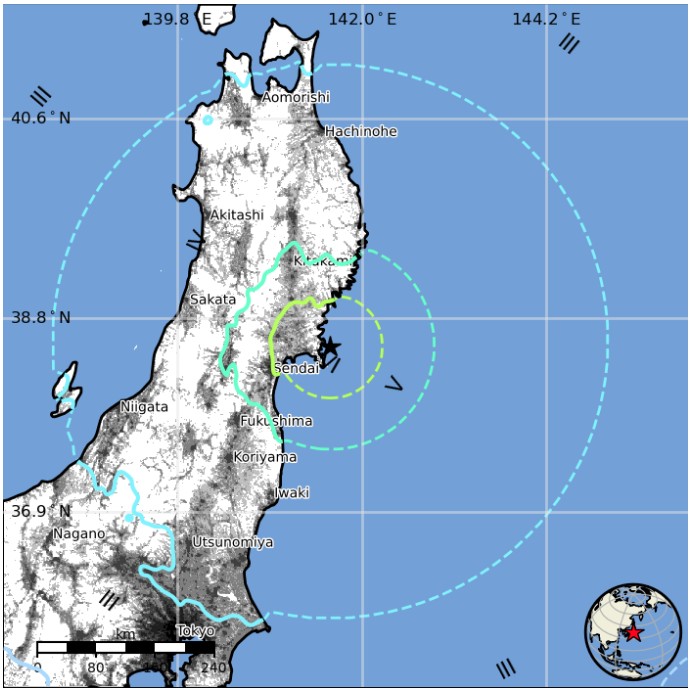 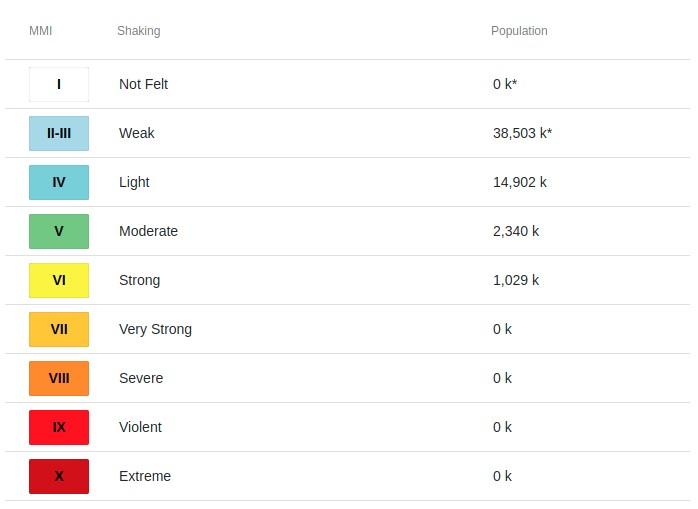 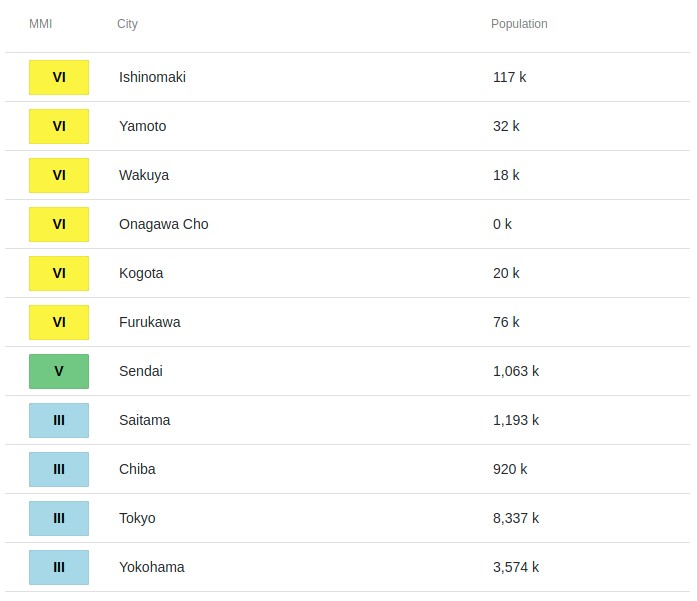 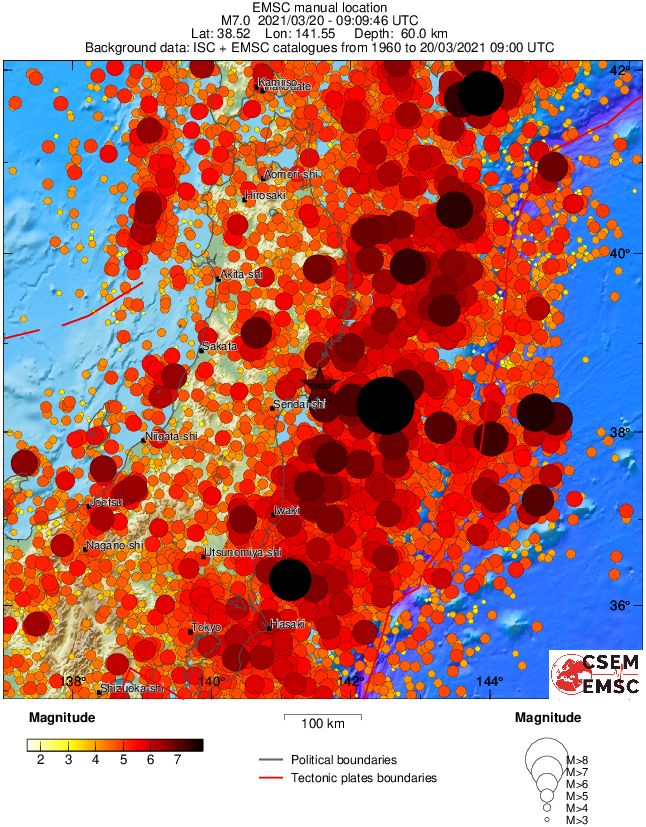