The 8th paroxysmal eruptive episode since February 16 has started at Etna volcano around 13:00 UTC on March 2, 2021. The Aviation Color Code was raised to Red at 12:39 UTC.

The estimated volcanic cloud height is 9 km (29 500 feet) above sea level, drifting toward the south.

Unfortunately, the weather over the volcano is cloudy, preventing continuous clear observation.

Heavy ashfall was reported in nearby areas. 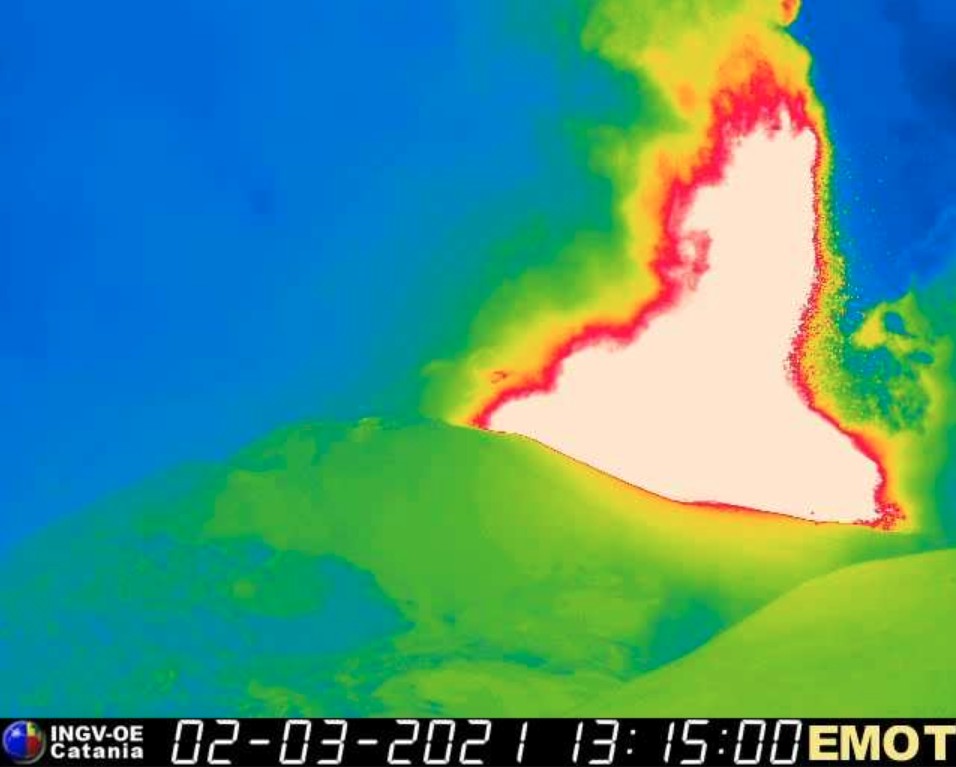 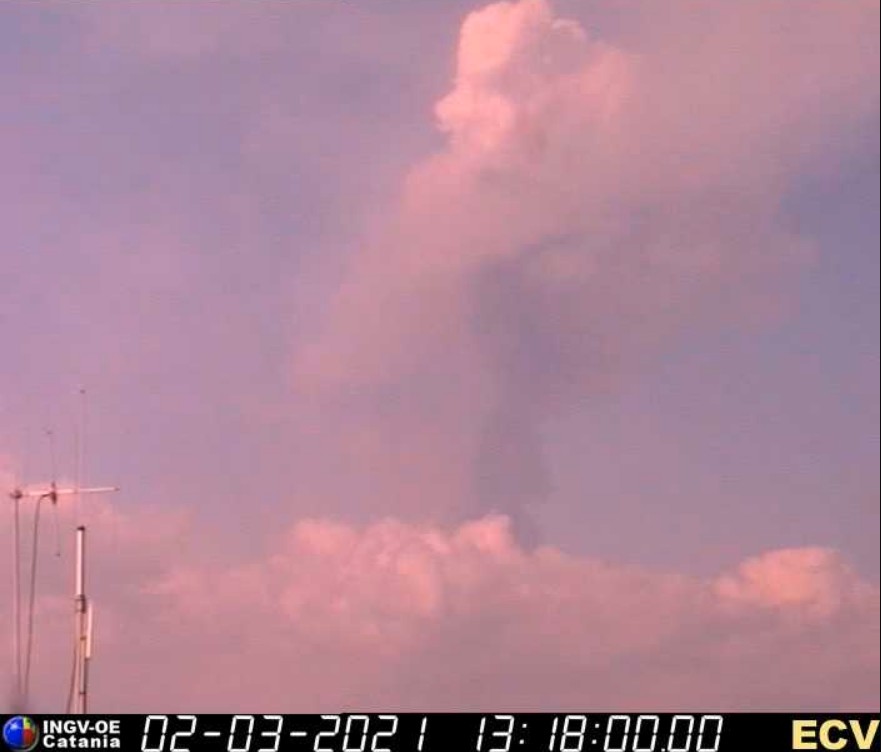 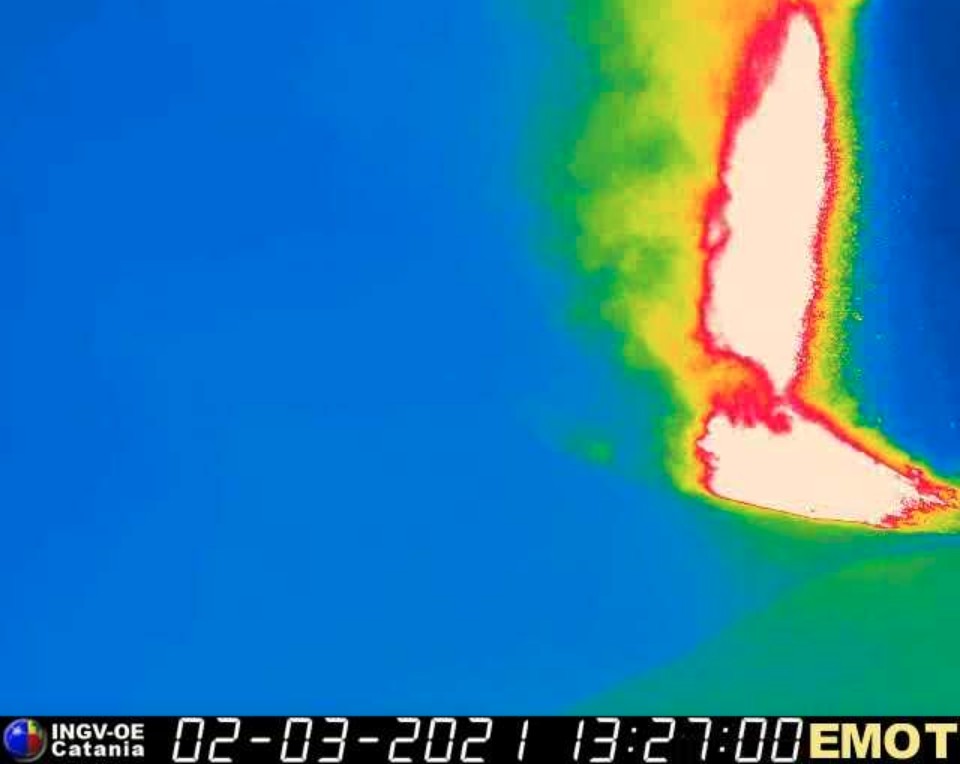