A moist, low-pressure weather system over the Atlantic ocean collided with a cold air mass sitting over western Europe on January 7 and 8, 2021, resulting in heavy rainfall and flash floods in southern parts of Spain, and the heaviest snowfall in central, northern, and eastern parts of the country since 1971. The storm — named Filomena by Spain's Meteorological Agency (AEMET) — left hundreds of roads impassable and at least 3 people dead.

Capital Madrid was engulfed with rare, widespread accumulations between 20 and 30 cm (8 to 12 inches) on Friday, January 8, resulting in severe traffic disruption. Some areas in central, northern, and eastern Spain recorded up to 50 cm (20 inches) of snow.

Nearly 700 roads and highways were impassable across the country, forcing thousands of people to spend the night in their vehicles and prompting rescue operations for a number of drivers suffering the early onset of hypothermia.

In total, more than 2 500 trapped drivers were rescued by emergency workers.

Madrid Barajas International Airport had all incoming and outgoing flights suspended, leaving hundreds of passengers waiting for the weather to clear up.

The country’s State Meteorological Agency (AEMET) declared it the largest snowfall in the region since 1971. 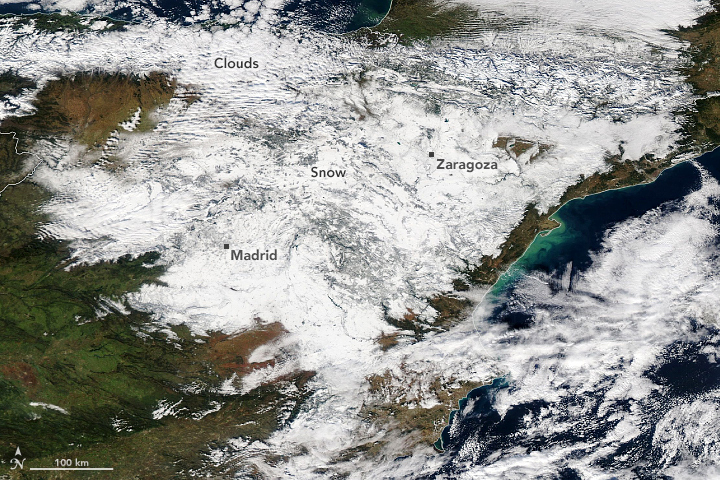 In southern parts of the country, torrential rains led to flash floods.

Heavy rainfall, strong winds, and rough seas with huge waves forced the evacuation of 65 people from a ferry that ran aground while trying to approach a dock on the Gran Canaria island. 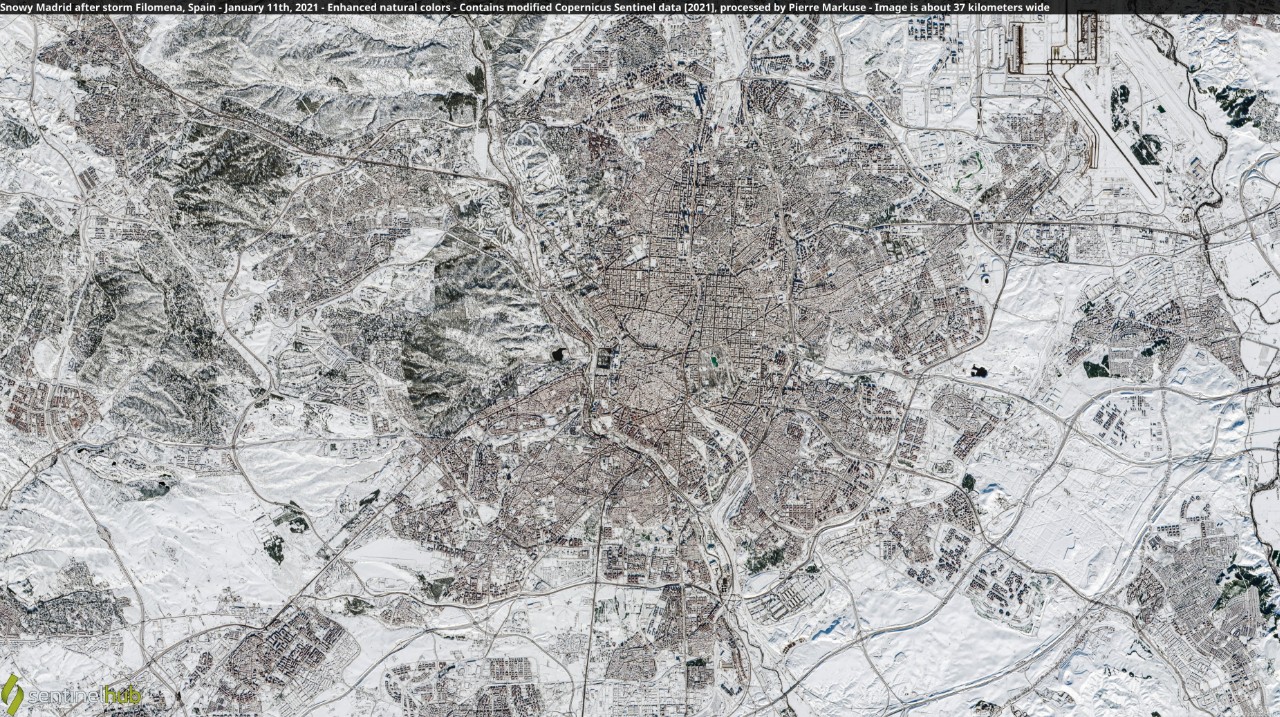 The recovery was slow over the weekend due to lack of salt and snowplows but many residents armed with picks and shovels joined municipal workers and soldiers to remove snow from the streets.

On Monday, January 11, they managed to clear main roads and fallen tree branches, but most pavements, smaller roads, and residential areas were still impassable.

Some supermarkets ran out of fresh produce, but most trains and flights had resumed operations on Monday, Reuters reported.

While convoys of trucks stranded in the snow since Friday started arriving on Monday, the Spanish supermarket association urged customers to behave responsibly in the wake of a complicated situation.

Renfe train operator said all fast train lines are operating except for Madrid-Barcelona connections, which are likely to resume early in the afternoon. Most Madrid suburban lines were working yesterday, but with fewer trains than usual.

Only two runways at the Barajas international airport reopened, resulting in 117 flight cancelations of around 400 scheduled.

Interior Ministry said the situation on the roads was improving but was still 'extraordinary' and many remained closed.

All schools, libraries, courts, and cultural institutions in Madrid are closed until Wednesday, January 13.

The cold wave is still affecting the country, with temperatures expected to drop to as low as -13 °C (9 °F) in central Spain today.

On Wednesday, January 6, Spain registered its coldest temperature on record when the mercury in Catalan Pyrenees station dropped to -34.1 °C (-29.4 °F), breaking the previous record set on February 2, 1956.