Tropical Storm "Delta" formed south of Jamaica at 12:00 UTC on October 5, 2020, as the 25th named storm of the 2020 Atlantic hurricane season. The current NHC forecast track takes Delta away from Jamaica today, near or over the Cayman Islands early Tuesday, October 6, near western Cuba Tuesday afternoon and into the southeastern Gulf of Mexico Tuesday night. Delta is the earliest 25th named storm in the Atlantic on record. The previous record was held by Gamma – November 15, 2005.

The system was moving W at 11 km/h (7 mph), away from Jamaica, and is expected to turn toward WNW later today. 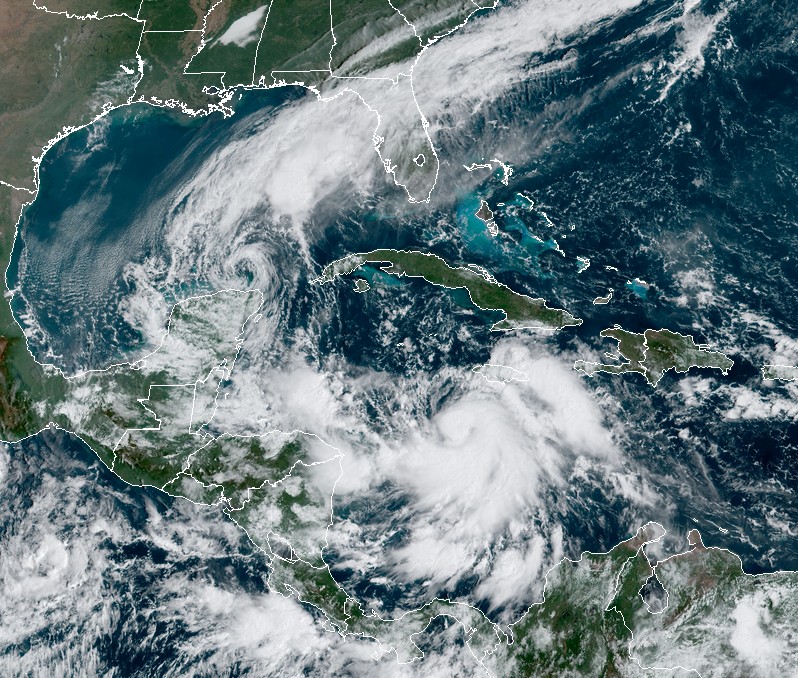 The current NHC forecast track takes Delta away from Jamaica today, near or over the Cayman Islands early Tuesday, October 6, near western Cuba Tuesday afternoon and into the southeastern Gulf of Mexico Tuesday night.

Additional strengthening is expected during the next few days, and Delta is expected to become a hurricane before it nears western Cuba on Tuesday, NHC said.

A dangerous storm surge will raise water levels by as much as 60 – 120 cm (2 to 4 feet) above normal tide levels along the south coast of western Cuba near and to right of where the center makes landfall. Near the coast, the surge will be accompanied by large and dangerous waves.

Through midweek, Delta is expected to produce 100 – 150 mm (4 to 6 inches) of rain with isolated maximum totals of 205 mm (8 inches) across Jamaica, the Cayman Islands, and western Cuba. This rainfall could lead to significant flash floods and mudslides, NHC warns.